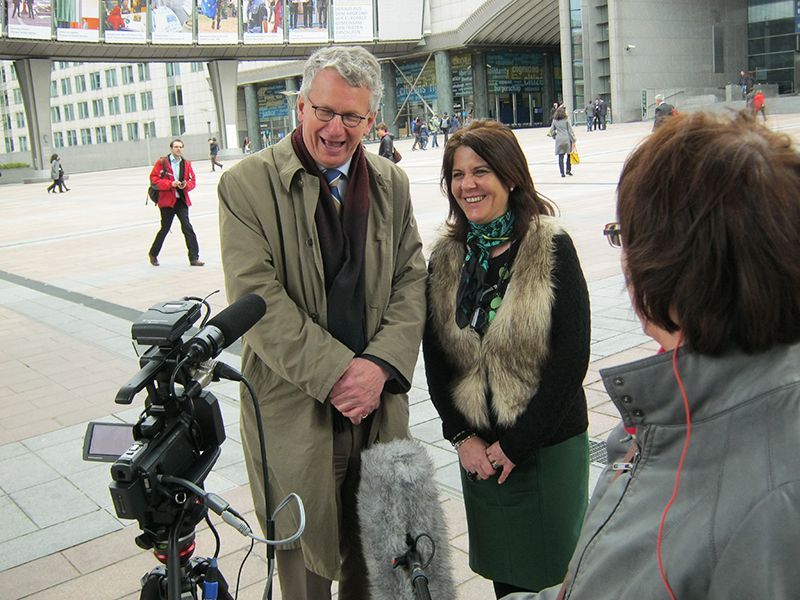 On Tuesday, 23 April 2013, a delegation of the Dutch pro-life organisation Schreeuw om Leven visited the EU parliament in Bruxelles. Schreeuw om Leven widely promotes the One of us citizen’s initiative throughout the Netherlands.

On the occasion Dutch television BRINKTV.com interviewed Ms. Ana María del Pino García Barrera, the executive coordinator of the One of us citizen’s initiative based in Bruxelles, together with the Dutch national coordinator, Mr. Michael van der Mast. Mrs. Del Pino was pleased to announce that the One of us initiative is making good progress as signature collection is underway in all participating countries.

Mr. Van der Mast reported the initiative is well accepted in the Netherlands. He expects the final result will be well over the 19.500 signatures minimum required for his country.