US Supreme Court Ruling ROE Vs. WADE: A VICTORY OF LIFE 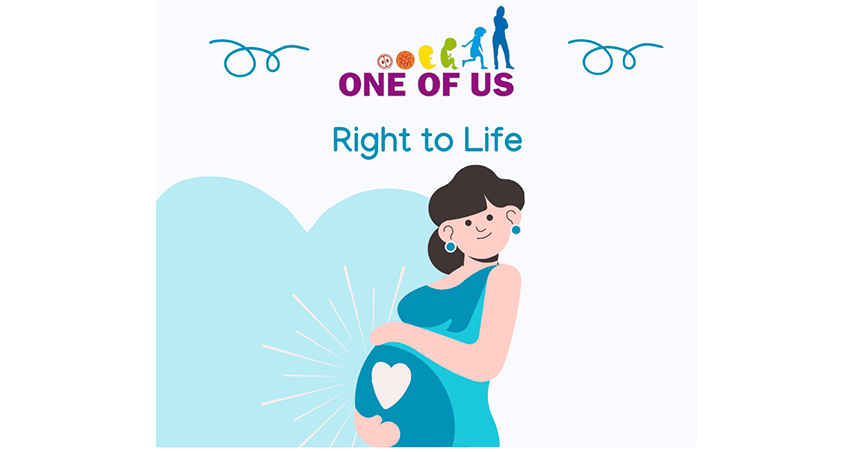 Brussels, June 24, 2022.- On June 24, 2022, the United States Supreme Court ruled in favour of banning abortion in Mississippi after 15 weeks. In doing so, he ended the Roe V Wade case of 1973, the case which disrupted the democratic principle of self-governance by prohibiting the citizens of states from deciding this political issue themselves.

Today’s decision by the United States Supreme Court to overturn Roe v Wade is a crucial step for the right to life and for the protection of the most vulnerable member of the human family, the unborn child. Today, after 50 years and after the frightening number of more than 60 million legal abortions in the United States, the unborn baby can be legally protected.
The Federation ONE OF US celebrates this victory for human rights, which confirms an absolute truth that the right to life is an essential value.
The decision of Roe v Wade will be attacked and misrepresented, without a doubt. In the face of this decision, we already see how most media commentators are quick to launch attacks against the pro-life movement, without analyzing in a fair, rational and honest way the compelling personal and cultural reasons that have contributed to today’s decision. With the overwhelming media coverage in favour of abortion, there are many gaps that are not considered to present to the public the accurate version of what has led the Supreme Court to this historic ruling. It is the mission of all of us to fill those gaps and explain all those reasons by appealing to the fundamental one: the unborn baby is ONE OF US.
The imposition of abortion as a unique and unappealable doctrine raises serious doubts as of today. Abortion certainly remains, but it IS NOT A RIGHT. Human rights win today because there is only the right to life, there is no right to death.
ONE OF US invites EU institutions to listen to the voices of the 1.7 million citizens that signed the and European Citizens’ Initiative who have been asking for nearly 10 years to consider protecting the right to life in Europe.
The European institutions can draw inspiration from this new decision by the US Supreme Court which respects democracy. The regulation of abortion is an exclusive competence of the Member States.
Media contact:
info@oneofus.eu