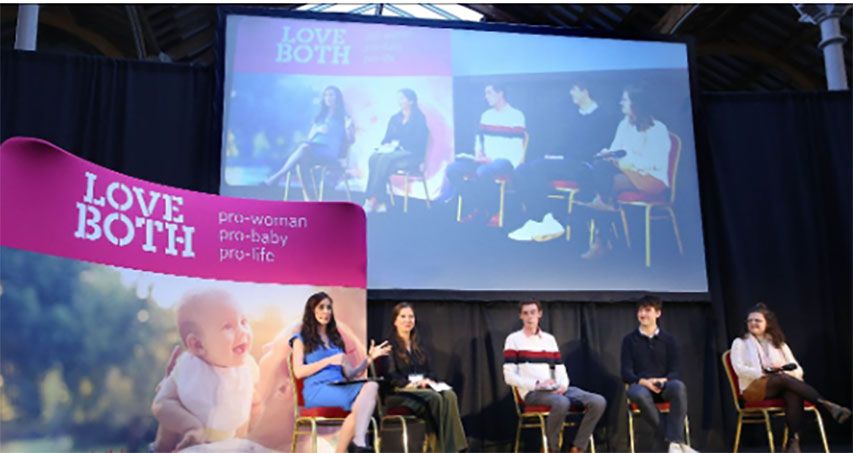 At the Pro Life Campaign’s National Conference in Dublin on Saturday, the group strongly criticised government plans to make ‘at home’ telemedicine abortion a permanent fixture.

The Government sanctioned the practice following the Covid outbreak but gave strong assurances at the time that the practice would end along with other Covid restrictions being lifted. However, on Saturday media reports confirmed that the Government intends to give approval to the continuation of the practice indefinitely.

At the weekend conference in the RDS attended by over 400 supporters, PLC spokesperson Eilís Mulroy said: “In addition to the dangerous and unforeseen consequences for women’s health of allowing telemedicine abortion to continue, it is also linked to coercive abortion practices, something the HSE has acknowleged as a reality. Only two weeks ago, the horrifying report came to light of a minor being locked in a room in this country and coerced to take the abortion pill. For the government to give its approval to ‘at home’ abortions as a permanent fixture so soon after this shocking story emerging shows a cavalier disregard for women’s health and a utter refusal to take steps to end the frightful and degrading practice of coercive abortion.

Ms Mulroy continued: “In March of this year, in reply to a parliamentary question on the subject of telemedicine abortion, the HSE conceded that ‘meeting the woman in person increases the likelihood of the provider identifying any coercion or domestic abuse.’ It is unconscionable that the Government is pressing ahead with making telemedicine abortion permanent knowing that it increases the chances of women being coerced into having abortions against their will. Research conducted recently by Savanta ComRes for BBC Radio 4, revealed that 15% of women in the UK (aged 18-44) said that at some point in their life they experienced pressure to go through with an abortion they didn’t want to have.

“The Minister for Health Stephen Donnelly has a duty to explain how the Government arrived at its latest decision given the evidence of the link between telemedicine abortion and coercive abortion practices and given the absolutely horrendous story that emerged in recent weeks of a minor being held prisoner in a room and coerced into taking an abortion pill against her wishes. How many other cases like this are happening that the Government is turning a blind eye to? Nothing the Government says about its concern for women’s welfare and human rights should be taken seriously if they refuse to answers questions and continue down the road of backing the dangerous and reckless practice of telemedicine abortion.”