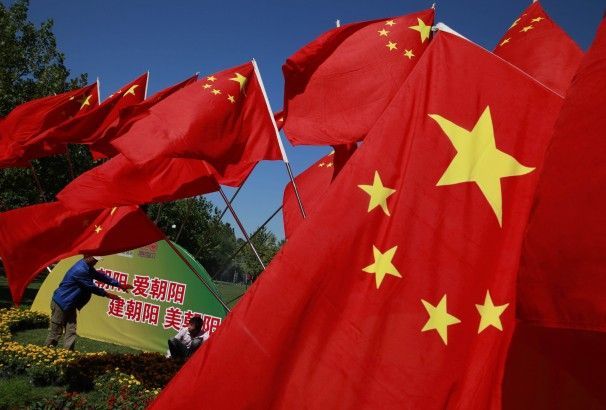 Women’s Rights Without Frontiers today lodged the following “Complaint Concerning Coercive Population Control” with the United Nations Commission on the Status of Women:

To the United Nations Commission on the Status of Women (UNCSW):

I am the founder and president of Women’s Rights Without Frontiers, a non-profit, non-partisan international coalition to combat forced abortion, gendercide and sexual slavery in China. I write to complain about coercive family planning in China.

As you know, WRWF has submitted Complaints for the past two years. While the UNCSW acknowledged receipt of these Complaints, China has never responded to them. We believe that, given the international outrage generated by forced abortion and gendercide in China, it behooves China to respond to our official Complaints.

The UNCSW’s topic for this year was “Elimination and Prevention of All Forms of Violence Against Women and Girls.” There is no greater violence against women than forced abortion, up to the ninth month of pregnancy. As demonstrated in the cases set forth below, the women themselves sometimes die as a result of these violent procedures. There is no greater violence against girls than gendercide, which has claimed up to 200 million lives of girls selected for abortion solely because they are girls.

Women’s Rights Without Frontiers was honored to make four presentations about forced abortion and gendercide in China at the UNCSW in March of this year. At three of them, we screened the “It’s a Girl” film, the authoritative documentary about gendercide in India and China. While WRWF does not support all the “Agreed Conclusions” that came out of the UNCSW 2013, we do commend the following language:

34. The Commission urges government, at all levels, and as appropriate, with the relevant entities of the United Nations system, international and regional organizations . . . to take the following actions:

(aaa) Condemn and take action to prevent violence against women and girls in health-care settings, including . . . forced medical procedures, or those conducted without informed consent, and which may be irreversible, such as forced hysterectomy, forced caesarean section, forced sterilization, forced abortion, and forced use of contraceptives . . .[1]

These Agreed Conclusions represent the acknowledgement that forced medical procedures are a form of violence against women and call for an international condemnation of such procedures. WRWF feels that the voices of hundreds of millions of suffering Chinese women and girls were heard by the UNCSW, and for this we are grateful.

At the same time, these Agreed Conclusions are but the first step to end this form of gender violence. While the Agreed Conclusions condemn coercive family planning in the form of forced medical procedures, they take no stand on gendercide, the sex-selective abortion, abandonment and fatal neglect of baby girls. If the UNCSW stands for women’s rights, it must take a stand against the selective abortion of up to 200 million baby girls.

WRWF Calls for an Investigation of UNFPA

The UNCSW, moreover, should follow its own advice to “condemn and take action to prevent violence against women . . .” by thoroughly investigating the activities of the UNFPA in China. Former Secretary of State Colin Powell found the UNFPA to be complicit with coercive family planning in China. WRWF believes that any independent investigation of the UNFPA’s current practices would arrive at the same conclusion.

The UNCSW would not be the first to undertake such an investigation. In a striking blow against China’s One Child Policy, the European Parliament passed a resolution strongly condemning forced abortion and involuntary sterilization in China and globally, citing Feng Jianmei, who was forcibly aborted at seven months in June, 2012. Specifically, the resolution, 2012/2712 (RSP) “strongly condemns the decision to force Ms. Feng to have an abortion and condemns the practice of forced abortions and sterilizations globally, especially in the context of the one-child policy.” The resolution further states that “the EU has provided, and still provides, funds for organizations involved in family planning policies in China,” and “urges the Commission to ensure that its funding of projects does not breach” the European Parliament’s commitment against coercive population control.

It is significant that the European Parliament has acknowledged that it provides funding for family planning in China and has urged the Commission to ensure that this funding is not associated with coercion.  For decades, the UNFPA has worked hand in hand with the Chinese population control machine, which is coercive.  We have no doubt that any unbiased investigation by the European Parliament, the United Nations, or any other governmental body will reveal that UNFPA is complicit with coercive family planning in China. The UNCSW should likewise undertake such an investigation.

The One Child Policy causes more violence against women and girls than any other official policy on earth.

It is China’s war on women. Any discussion of women’s rights, or human rights, would be a charade if forced abortion in China is not front and center. It does not matter whether you are pro-life or pro-choice on this issue. No one supports forced abortion, because it is not a choice. Here is a video in which former Secretary of State, Hillary Clinton, strongly condemns coercive family planning in China. https://www.womensrightswithoutfrontiers.org/index.php?nav=hillary_clinton

This violence became increasingly evident in the past year, giving rise to both international and domestic criticism of the One Child Policy. We had hoped that when President Xi Jinping succeeded former President Hu Jintao, we would see reform of violent family planning practices. Unfortunately, such has not been the case.

To the contrary, just this year there has been much suffering caused by the One Child Policy.  We are aware that the cases that make it to the West are just the tip of the iceberg.  For every family that posts their experience of heartbreak on the internet, there are thousands or millions that suffer silently. Every month has brought a fresh atrocity:

The State Department’s annual Trafficking in Persons or TIP Report recently downgraded China to a Tier 3 nation – a status it now shares with Iran, Sudan and North Korea. Tier 3 nations may be subject to sanctions, if approved by the U.S. President. https://www.state.gov/j/tip/rls/tiprpt/2013/

The TIP Report discusses how China’s One Child Policy, combined with son preference, has caused a gender imbalance that is driving human trafficking and sexual slavery, not only within China but from the surrounding countries as well. The Report lists the many nations from which women and girls are trafficked into China: “Women and children from neighboring Asian countries, including Burma, Vietnam, Laos, Singapore, Mongolia, and the Democratic People’s Republic of Korea (DPRK), as well as from Russia, Europe, Africa, and the Americas, are reportedly trafficked to China for commercial sexual exploitation and forced labor.”

The TIP Report further criticizes the Chinese government for failing to “address the effects its birth limitation policy had in creating a gender imbalance and fueling trafficking, particularly through bride trafficking and forced marriage.”

A dissertation submitted to the University of Hong Kong found that children in China are more likely to face serious health complications, including death, if their mothers have had multiple induced abortions. The study concluded that having more than one abortion increases the risk of low birth weight in subsequent pregnancies. Indeed, women who have had three or more induced abortions are at five times the risk of preterm birth in a subsequent pregnancy.

The study, conducted by Cui Limin, explained that nearly two thirds of neonatal deaths are related to low birth weight. For children surviving infancy, LBW increases the risk of neuron-developmental problems, respiratory tract infections, and behavioral problems.[2] According to the study, those with very LBW suffer from conditions including cerebral palsy, blindness, impaired hearing and learning disabilities. Besides harming the child, these health problems put extra financial strain on parents, the study noted.

Women in China are forced into induced-labor abortions, up to the ninth month of pregnancy. This is a violation of women’s rights of the first degree. We are now learning that these forced abortions also put their future children at risk for respiratory complications, cerebral palsy, and even death related to low birth weight. They also may damage a woman’s future reproductive and general health. This is a violation of the women’s rights and the rights of their future children.  Forced abortion must be stopped, and families should be compensated if their children experience health problems caused by previous induced labor forced abortions.

According to the study, 14.37 million induced abortions were performed in 2012 – one quarter of the abortions in the world — many of which were repeat abortions. The study credited the One-Child Policy as “one of the most important factors for the increased induced abortion rate,” and cited the prevalence of forced and sex-selective abortions in China.

On April 24, 2013, Congressman Chris Smith, “It’s a Girl” film director Evan Grae Davis and I attempted to deliver these petition signatures to the Chinese Embassy in Washington D.C. The Embassy refused to accept the signatures. This refusal is symbolic of the way that the Chinese Communist Party turns a deaf ear to all those who criticize its human rights record. They may have refused to accept our petition, but they will not silence the growing international outcry against this brutal crime against humanity. https://www.womensrightswithoutfrontiers.org/blog/?p=1109

The Chinese forced abortion policy is systematic, institutionalized violence against women. Because of the sheer numbers involved, it is the most massive women’s rights issue in the world today, and it must be stopped.

I hope to work with you to help end this extremely serious violation of the rights of women and girls in China. Please feel free to contact me should you require any further information.

Thank you for your attention to this urgent matter.

LifeNews.com Note: Reggie Littlejohn is the President of Women’s Rights Without Frontiers.