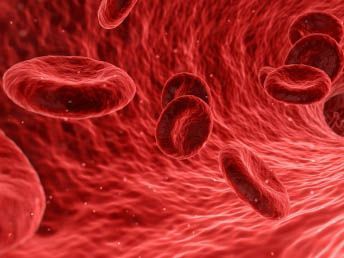 Faced with the permanent shortage of organ donors, researchers are looking into alternatives. 3D-bioprinting “to build fully functional organs outside the body” has already begun to prove its worth: for example, to create artificial corneas that can be transplanted into the eye. However, bioprinting requires extensive equipment for culturing and transplanting.

Researchers at the University of Fribourg and the University Hospital of Basel, Switzerland, have developed a new regenerative therapy to “use the body as a manufacturing plant,” thereby eliminating many of bioprinting’s material constraints. The body itself serves as an in-vivo reactor. Already used for bones, this technology has for the first time been tested to produce blood vessels.

Body cells develop in the extracellular matrix (ECM) environment, which contains “vital information that helps cells move, grow and organize themselves into functional tissues”. Some ECM properties can be copied into an injectable hydrogel, which “transmits specific biological information” to the target cells. Researchers use agarose – extracted from an edible red seaweed – as the base to make this hydrogel. Agarose gel is already known in cooking and in biological laboratories, where it is used to separate DNA.

“We have created a unique hydrogel formulation, providing the ideal environment for certain cells to organize themselves into blood vessels,” explained the researchers. They modified agarose “by attaching a small molecule (a peptide) that can interact with the cells. We have shown that this hydrogel injected into muscle can talk to the body and initiate the formation of new blood vessels. Previously, only cartilage and bone could be regenerated in the body like this,” they added.

The researchers thereby hope to pave the way for a new class of therapies, in which injections would contain all the information cells need to “direct their organization into new functional tissues”and in which injected hydrogel “would become just as useful as pharmaceutical drugs”.