The utilization of women by abortion lobbies: the serious consequences of chemical abortion 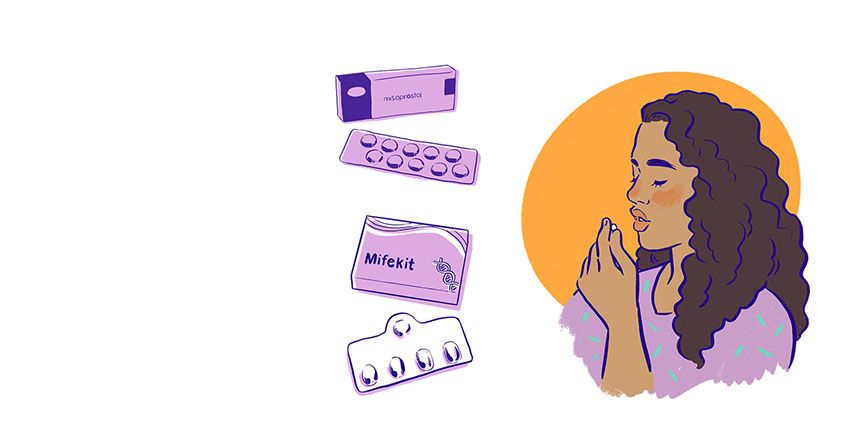 Women who portray their chemical abortion as a miscarriage during their emergency room visit are at risk for multiple hospital admissions, a new Charlotte Lozier Institute study has found.

The Daily Wire first obtained the study, published in Sage Journals, which calls for patients to be made aware of the risks of patient concealment or physician failure to identify prior abortions.

Titled “A Post Hoc Exploratory Analysis: Induced Abortion Complications Mistaken for Miscarriage in the Emergency Room are a Risk Factor for Hospitalization,” the study comes amid calls from pro-abortion activists, fearing the overturn of Roe v. Wade, for women to pretend that their medication abortions are miscarriages.

The researchers then examined whether such miscoding increases risks for hospitalization, looking at whether women with emergency room visits within 30 days of an abortion were admitted to the hospital.

They found that if a woman goes to the emergency room after she aborts her unborn baby through a chemical abortion, and her abortion is then miscoded as a miscarriage, and she then is admitted to the hospital, she is at a higher risk of multiple hospital admissions, according to the study.

“These findings should come as no surprise to anyone,” the study’s author Dr. James Studnicki, vice president and director of data analytics at CLI, told The Daily Wire. “We all know that good medicine depends on an accurate medical history. “

“What this real-world data confirms is that the miscoding or misidentification or concealment of a chemical abortion, in fact, puts the woman at increased risk for subsequent hospitalization,” he said. “It shows that the abortion industry’s advice to women represents a tangible public health risk.”

This group of women (miscoded at the emergency room and then admitted to the hospital) averaged over three hospital visits per woman within 30 days, according to the study — a number that the study found is 78% higher than the average number of visits from women whose chemical abortions were not miscoded.

“Women understandably do not talk easily much less ‘shout’ their abortion, but this data shows that neither fraught emotions nor the bad advice of an exploitative industry should deter them from seeking the informed care they urgently need,” CLI President Chuck Donovan told The Daily Wire.

The study also found that 86% of the women studied (who had abortions misclassified as miscarriages during an ER visit and were subsequently admitted to the hospital) had the baby’s fetal remains (called retained products of conception or RPOC) surgically removed.

Study author Dr. Studnicki drew on pro-abortion claims that “abortion is safe and that chemical abortion is particularly safe.” “Robust data proves that to be a falsehood,” he said. “Everybody from the FDA on down keeps repeating this false narrative, and it’s women who pay the price.”