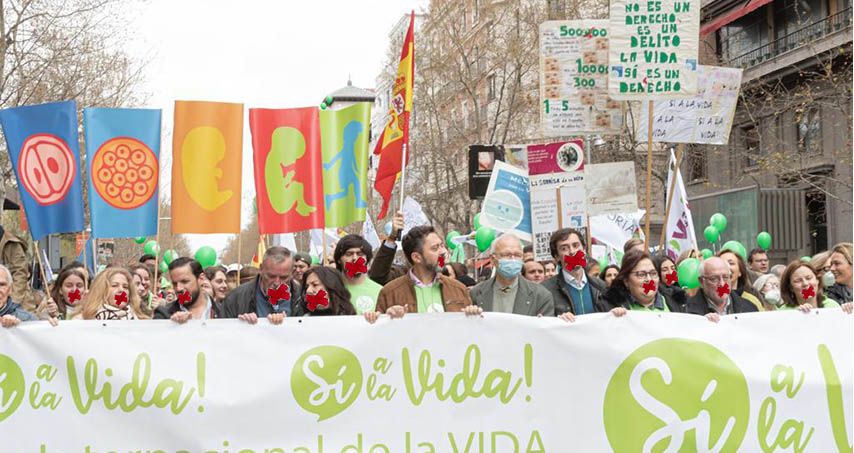 The Spanish Senate debates today the law that will penalize with prison sentences offers of assistance, practical support and prayer outside abortion centers .

The Congress of Deputies of Spain voted this Law with 204 to 144 in favor of the reform of the penal code to criminalize Prolife groups.

If the Senate passes this Act, it could make those who pray and/or offer assistance outside of abortion center face prison time. The penalty can range from three months to one year in prison or community service from 31 to 80 days. Additionally, prosecuted individuals could be barred from returning to facilities that perform abortions for up to three years.

This Law curtails fundamental rights such as freedom of expression or assembly by imposing a sectarian and merely ideological limitation on the rights of citizens. Likewise, the Law eliminates in a new article introduced at the request of the Basque Nationalist Party, the need for a prior complaint, as in cases of gender violence, equating Provida with abusers.

The Spanish Penal Code already contemplates coercion, and this law intends to implement the prohibition of the right of assembly and freedom of expression for those who defend abortion in a radically ideological way.  It is for this purpose that the Spanish criminal code is used and not for alleged coercion

In 2018, in the United Kingdom, pro-abortion activists have also pretended to introduce “free demonstration censorship zones” outside abortion businesses with similar arguments. Then, the then Minister of the Interior, Sajid Javid, announced that the Ministry of the Interior could not find an adequate reason to introduce censorship zones and stated that: “…introducing national buffer zones would not be a proportionate response, taking into account the experiences of most hospitals and clinics, and considering that most activities are passive in nature. In making my decision, I am also aware that legislation already exists to restrict protest activities that cause harm to others.”

One of Us radically opposes this criminalization and the absolute disregard for the fundamental rights and freedoms that this law unjustifiably attacks in support of abortion lobbies and businesses. The One of Us Federation appeals to Senators reminding them that legislation already exists to prevent harassment and wherever genuine harassment occurs, it must be prevented under existing legislation. This Law supposes a direct attack to those who have a specific opinion and want to persuade others of it. This law is a direct and discriminatory attack on freedom of belief and expression.