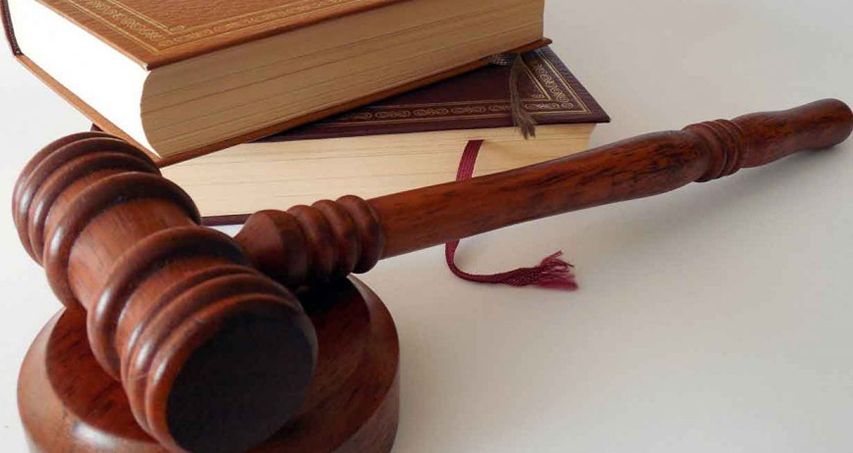 Socialists and purples have included it in the first ordinary plenary session of the year in Congress so that it enters into force as soon as possible. His journey has lasted just eight months

Seen and unseen. The socialists will take to the first ordinary plenary session of the year, on Thursday, February 3, the final approval of the reform of the Penal Code that will allow concentrations of pro-lifers who come to the vicinity to be punished with prison sentences of between three months and one year from abortion clinics to pray and hand out flyers. This Tuesday the agenda of said plenary session was approved and it is included, as confirmed by parliamentary sources to El Debate. Afterwards, the organic law proposal will be sent to the Senate. If the text is not amended there, it will be definitively approved without the need for it to return to Congress. And it does not seem that it will be, since part of the Lower House with an agreement between the PSOE, United We Can, Citizens, ERC and the PNV. So its entry into force is imminent. And once it is, the PP and Vox are considering resorting to the Constitutional Court because, according to both, the reform violates fundamental rights and public freedoms of assembly, expression and ideology.

Get trained in the digital employment of the future with 42 Urduliz, the most innovative programming campus His elevation to the plenary session also occurs in the midst of an offensive by the left against the campaign of the Catholic Association of Propagandists (ACdP) in favor of life. The municipalities of Pontevedra and Vitoria have been the last to censor it on their marquees. Those from Granada, Gijón and Valencia had already done it before; against mayors who, like José Luis Martínez Almeida, have resisted the pressure of the abortionist parties: “In Madrid there is no room for prior censorship,” he wrote to the PSOE last week in response to a letter from the Socialists asking for the cancellation of the ACdP campaign.

The popular ones already feared that the partners of the Government wanted to settle the creation of this criminal type expressly against the pro-lifers as soon as possible. And they feared it because of the speed with which the bill was dispatched to the Justice Commission of Congress, throughout December. Socialists and purples have dispatched this organic law proposal in eight months For comparison, socialists and purples have needed two years of legislature to agree on a Housing Law project (and the entire parliamentary process still remains). On the contrary, in eight months it has dispatched a reform of the Penal Code of this magnitude, having the status of an organic law (it was presented on May 12, 2021).

As it passed through said Commission, the bill that was initially presented by the socialist parliamentary group has been hardened with the contributions of other groups, as this newspaper has been reporting. The latest, at the proposal of the PNV, has been to include a section 5 to the so-called article 172 quater of the Penal Code that eliminates the need for a prior complaint. Textually it remains as follows: “In the prosecution of the facts described in this article, the complaint of the aggrieved person or his legal representation will not be necessary.” THE DEMONIZATION OF THE COLLECTIVE The reform of the Penal Code against pro-life equates them with abusers Ana Martin This means, in practice, equating the actions of pro-lifers who pray, hold a vigil or distribute leaflets at the doors of abortion clinics to cases of gender-based violence against women. Because the crime of coercion, which is the one regulated by article 172 originating in the Penal Code, is linked to the existence of a prior complaint by the coerced person or his lawyer. Except in the case of victims of domestic and gender violence. There is a second homologation with cases of gender violence. Section 3 of the new article 172 quater of the Criminal Code opens the door to dictate restraining orders: “Given the seriousness, the personal circumstances of the author and those involved in the commission of the act, the court may also impose the prohibition to attend to certain places for a period of six months to three years.

This will be the article 172 quater of the Penal Code

Whoever, in order to hinder the exercise of the right to voluntary interruption of pregnancy, harasses a woman through annoying, offensive, intimidating or coercive acts that undermine her freedom, will be punished with a prison sentence of three months to one year or work for the benefit of the community from thirty-one to eighty days. The same penalties will be imposed on whoever, in the manner described in the previous section, harasses health workers in their professional practice or public function and the medical or managerial staff of centers authorized to interrupt pregnancy with the aim of hindering the exercise of his profession or position. Taking into account the seriousness, the personal circumstances of the author and those involved in the commission of the act, the court may also impose a ban on going to certain places for a period of six months to three years. The penalties provided for in this article will be imposed without prejudice to those that may correspond to the crimes in which the acts of harassment have taken place. In the prosecution of the facts described in this article, the complaint of the aggrieved person or his legal representation will not be necessary.