The pro-life that an abortion doctor helps save babies 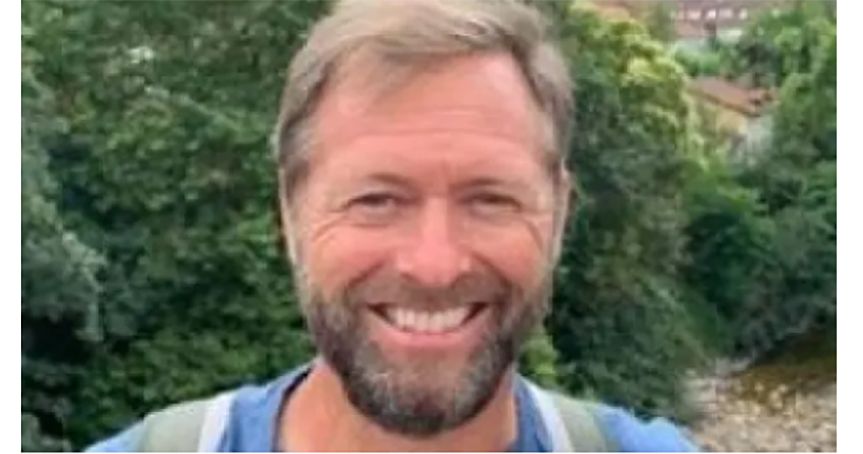 The new 40 Days for Life campaign starts all over the world thanks to volunteers like William Haag, who has been praying for 6 years in front of an abortion center in Spain. During this time, he has become friends with the director of an abortion center, who today recognizes him to be “less atheist than before” and who has begun to “lose clients”: he shows ultrasound scans to pregnant women and refers William to those who show doubts .

William Haag has a curious mix of accents: sometimes he sounds like an American speaking Andalusian, and sometimes like an Andalusian telling a joke in English. What does not change is his friendliness, the closeness that he imprints on his gestures and the cleanliness of his gaze.

Perhaps for this reason, the director of the abortion center in front of which William has prayed for years in Spain was so out of place the first day that Haag said good morning to him when he saw him enter the abortion facility. Much more, of course, when a colleague of his said later: “Hello, my name is Fernando and I’m your friend for whatever you need”, while holding a sign that said “We pray for you and your baby”.

Today, five years after that first meeting, that abortion facilitator has become William’s friend, talks about God with him, tells him that “he is less of an atheist than before we met,” and is “the one who brings up the subject of abortion when we go to dinner together.

Thanks to their relationship, “and although he says that for him it is losing clients, he has agreed to show an ultrasound of the baby to pregnant women who come to have an abortion, which makes many regret it, and he even calls us to help women with problems when they feel the doubt between aborting or continuing with the pregnancy, “says William for Aleteia. “And the weeks in which he says that life begins are getting lower and lower!” he points out with a broad smile.

And it is that William Haag is part of the 40 Days for Life (40 DPV) movement, which has just started a new campaign of prayer before abortionists around the world, with the sole objective of peacefully ending the scourge of abortion.

A campaign that is also the first to be held in Spain after the reform of the abortion law that considers “harassment” to pray in the street to defend life.

This legal reform has gone hand in hand with several media campaigns that try to present pro-lifers as violent harassers of women. However, the reality is that in many cases it is the workers of the abortion centers who insult and harass the members of 40DPV when they pray in the street.

For this reason, William points out that “feeling rejected by those who commit abortions and treat us badly is natural, but what is supernatural is looking at them with love. That is what we are called to, and for that we need all the spiritual help that we can have, because loving the abortionist is the decisive step, and the one that we often lack, in the pro-life struggle, “he explains.

And he adds a revealing fact: “In 20 years of campaigns by 40 DPVs around the world, at least 242 facilitators of the abortion industry have become pro-life and have ceased their activity. Some even lead our local campaigns today. And your local abortionist could be the next abortionist convert!”

To love an abortionist

From his experience, William knows that “to love an abortionist, the first thing is to pray for him.” In fact, praying for workers in the abortion industry is one of the keys to 40DPV.

But he clarifies that “this prayer is not to ‘win’ a battle against them, but because we really want their good.”

“Loving the abortionist – he adds with a smile – is a spiritual checkmate: we renounce any personal or collective success only to seek the good of that person, even if in fact that brings many more goods in the form of babies that will be saved from abortion. ».

Babies like the ones that have been born because the abortionist at William’s local center has sent women with doubts to him, asking him to help them.

“Very often, 40DPV volunteers are the only pro-life people around pregnant women and abortion workers, and we must be an example: show them that we are normal, that we are not aggressive, not crazy, not activists. ; that we are their neighbors, whom they can count on if they need us. And since we don’t need to hide what we do, our relationship with them is not superficial, but sincere».

“I have dinner with someone who has aborted around 30,000 babies”

This sincerity multiplies the anecdotes. Like, for example, the fact that the workers at the abortion facility that William prays to have defended the 40DPV volunteers before the police on four occasions, after some neighbors falsely accused them of harassing the women.

“It is difficult to understand the mentality of abortionists, that is why you have to go little by little, without judging them and only with the guidance of the Holy Spirit. Because when I have dinner with my friend the abortionist, I am talking to a person who in 30 years has aborted around 30,000 babies. One person told me that my friend could be considered a mass murderer. So of course we don’t have the right words to convince you of anything! That is exactly why we need the guidance of the Holy Spirit,” he adds.

And he concludes: “If you want to close the abortion center in a place, the conversion of the abortionists is necessary. We need patience and courage to say ‘hello’, to greet them every day, to strike up a friendly conversation and even have a beer… Ending abortion and loving abortionists are actions that can only come from the Holy Spirit, and that is why we must ask Him to help us choose to love the abortionist. And then it will be when the Lord will bear fruit».

*If you want to sign up for the 40 Days for Life campaign in any city in Spain, or support it with your prayer from America, go here: https://40diasporlavida.online/