The One of Us Federation Launches Appeal from European Experts 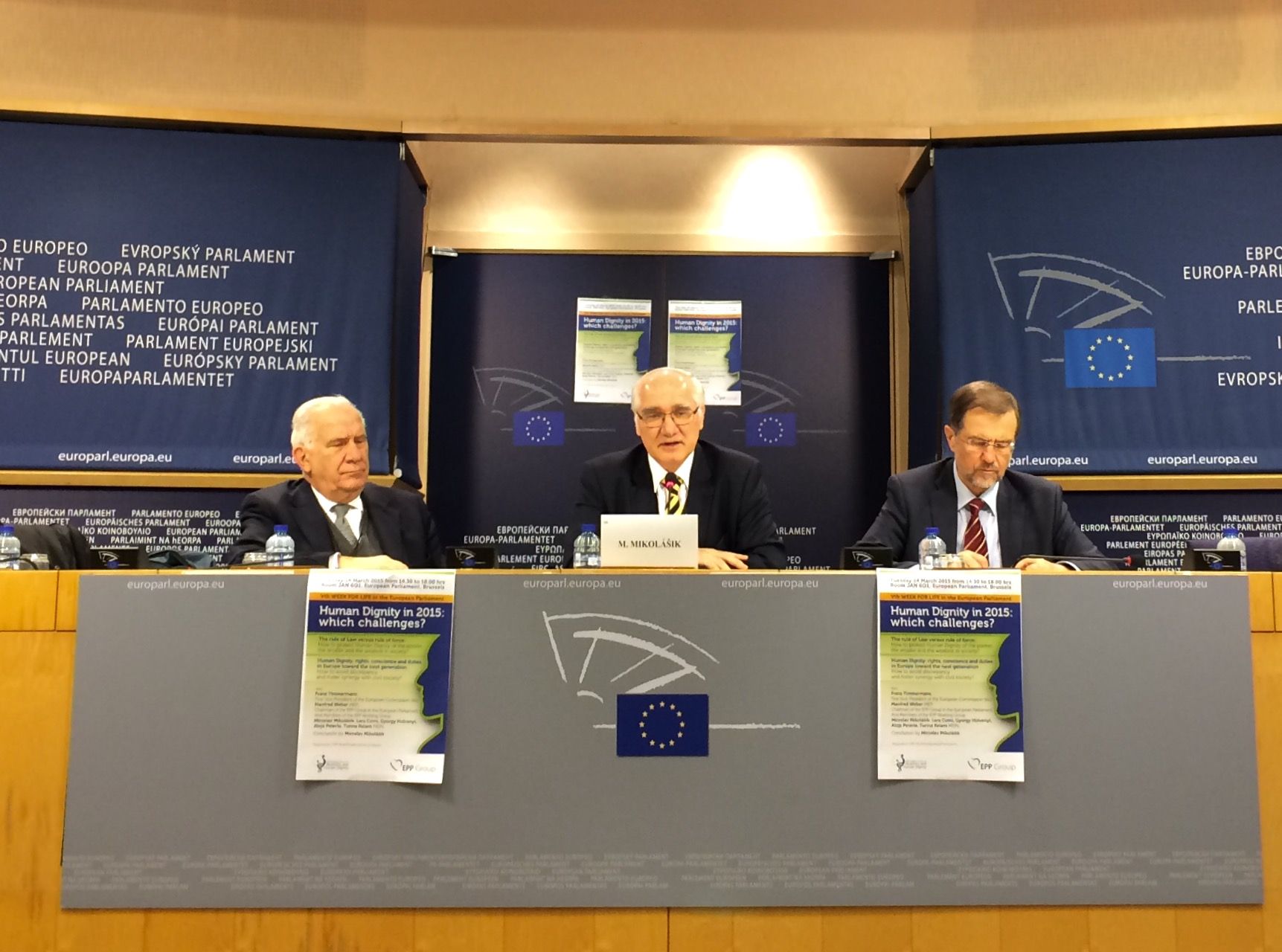 The European Federation for Life and Human Dignity “One of Us” is launching an Appeal to health, legal and political experts. This initiative was announced publicly for the first time at a press conference in the European Parliament during the 5th Week for Life in March 2015.

The Appeal, that was already signed by recognized European doctors, lawyers and policy makers, will soon be opened for signatures on the multi language website www.oneofusappeal.eu for professionals in health, legal and political fields, and has two goals:

The Appeal will be available in all 24 languages of the European Union, with a clear objective to gather as many supports from respected experts.

In the case this appeal by European experts recognized in their field does not receive an appropriate response and sufficient echo at the European authorities, the statements will be officially submitted as a petition by the One of Us Federation to the European Parliament PETI Committee.

Several Members of the European Parliament have welcomed this initiative, along with over 50 local organizations leaders gathered in Brussels for the 5th Week for Life.

More details and information on the Appeal and campaign will be communicated soon on the One of Us Federation website: oneofus.eu or contact us for any question at: Info@oneofus.eu

The ONE OF US European Federation for Life and Human Dignity is an international non-profit, non-political and non-denominational Federation legally registered under Belgian law. It is composed to date by 28 national and local member entities providing care, counsel and advocacy free services to all throughout Europe.

The 5th Week for Life was organized by Mr. Miroslav Mikolasik, MEP (Slovakia-EPP) and joined by several MEPs from various countries and political parties, including Manfred Weber Chairman of the EPP group in the European Parliament.