The main clinics dedicated to performing abortions in Madrid have invoiced 7.3 million euros during 2020, the first year of the coronavirus pandemic 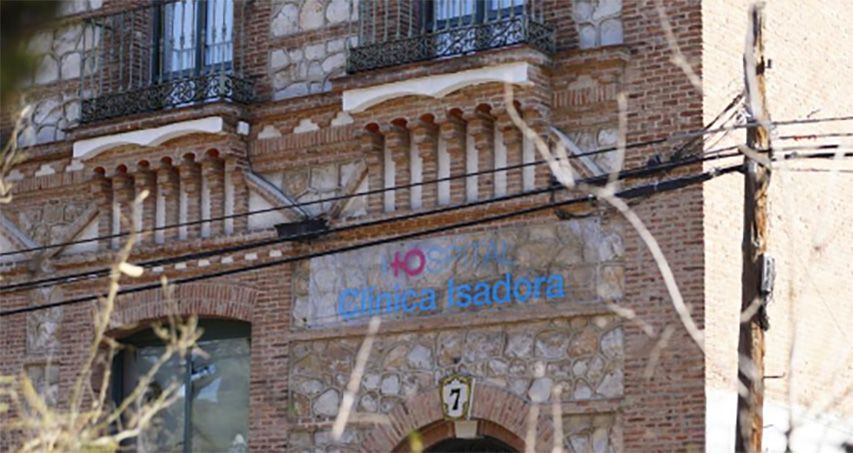 Today El Debate publishes a research report in which it reveals the finances of the seven abortion centers most profitable in the capital of Spain.  In the same way, this newspaper publishes the names of the businessmen behind this millionaire business.

Since 2016, the year in which 93,131 abortions were registered in Spain, until today, the Ministry of Health has registered an annual increase of involuntary interruptions of pregnancy. Year after year they have been rising until reaching 2019 with 99,149 abortions. In 2020 they decreased, among other things, due to home confinement.
Despite this, the abortion centers in Madrid recorded millionaire turnover figures during the first year of the pandemic, profiting their owners with 7,301,689 euros. One of the abortion clinics that earns the most money is Dator, open since 1986. This center is managed through a company called Partner Line SA. A company that, in 2020, invoiced 2,460,065 euros. Dator’s accounts also reveal that the abortion center has 1,776,234 euros in the Reserves item. In the first year of the pandemic alone, Dator has managed to accumulate savings of 103,755 euros, which are divided into 44,695 euros that are deposited in the Partner Line SA box and 59,059 euros in a current account.
This lucrative abortion center, which is located on Calle Hermano Gárate in Madrid, has accumulated dozens of legal proceedings in court. At the beginning of October, the Community of Madrid sanctioned Dator for “misleading advertising” by stating that abortion does not leave sequels.
Another of the clinics that performs the most abortions in Madrid is Isadora, run by Clínica Isadora SA. In 2020, this abortion center invoiced 1,171,421 euros, a figure slightly higher than that of the previous year, since in 2019 it entered 1,315,295 euros. This clinic is located in the Dehesa de la Villa area. Specifically in the street of the Pyrenees. In that enclave they have a place that employs 14 people.
The abortion clinic was founded in 1992. Its president is Salim Zakavia Chami Succar. One of the Counselors of this center was sentenced in 2017 for two crimes of minor injuries by the 53rd Investigating Court of Madrid. The judge in the case considered it proven that Hidalgo “punched a person in the temple” who was at Isadora’s door distributing aid brochures to women who want to abort and “continued punching in the face” and “punched kicking” a second person who went to defend the victim, who fell to the ground hitting his head. The convicted person had to compensate the two victims.
El Bosque is another of the centers that has made the most of the increase in abortions since 2015. In 2020, this center declared to the Treasury that it had invoiced 1,612,707 euros. The following year, the figure increased to 1,653,768 euros. In 2021, the abortion clinic staff consisted of 26 workers. The company that manages this center, Centro Clínico El Bosque SA, has Reserves of 1,215,515 euros.
The next abortion clinic is located in front of the central Puerta de Toledo. Between two banking entities there is a place with a gray sign with blue and white letters where you can read: Sergine Médica. This center, controlled by the company Sergine Médica SL, was refounded in 2010. Previously it was called Mayrit, which was closed by the Madrid Community Health Department in 2007 because its activity posed “an imminent and serious risk to the health of peopleIn 2020, the net turnover of this company was 594,986 euros.
The following year, turnover increased to 717,237 euros. Sergine Médica has 7 employees and has Reserves of 233,910 euros. “Women express a wide range of feelings after an abortion: from sadness to anger and relief to grief. A mixture of emotions, it’s normal. This is how Pacifico offers its services, another of the best-known clinics in the abortion orbit of Madrid. This center, managed through the company Centro Médico Pacífico SL, entered 370,745 euros during the first year of the pandemic. In 2021 that figure rose to 424,249 euros. This center has been open since 1992. A very lucrative business
s A few meters from the Retiro Park is the following clinic. In fact, it adopts the name of the famous enclave of the capital for the clinic, which is called Retiro. This abortion center invoiced the first year of coronavirus 514,724 euros. The following year, the figure rose slightly to 532,136 euros. In 2020, the company froze some savings that it obtained during the pandemic for a value of 104,985 euros in the Voluntary Reserves item so that they would be taxed through Corporation Tax and thus, if they take money out of the company, avoid paying personal income taxThis clinic, which opened its doors in 2000 on Calle Lope de Rueda, is managed through the company Policlinica Retiro SL.
It is controlled by Jasser Mohamed Rafik Dehni, sole partner of the company and which has a second abortion center in front of Plaza de Callao. The Callao clinic, located on Concepción Arenal street and managed by the Callao SLP Gynecological Clinic, founded in 1996. In 2020 they invoiced 577,041 euros. The first year of the pandemic was tremendously profitable for the company as it managed to double its property, plant and equipment, which went from 45,378 euros in 2020 to 83,992 euros in 2021. This is an item that measures the financial muscle of the company, since it serves to face long-term financial commitments. That is, the greater the treasury, the more muscle the company has. This center is frequented by prostitutes who work in the area.
If we transfer these amounts to the main European cities, we are talking about more than 300,000,000 Euros that only in the main cities of Europe, moves the abortion business. It really is a very lucrative business and in which many people enrich themselves at the expense of the lives of unborn babies and women undergoing abortion.
Read more.
Categories: Abortion, NewsOctober 31, 2022
Share this post
Share on FacebookShare on Facebook TweetShare on Twitter Share on WhatsAppShare on WhatsApp