The health crisis is also a crisis of civilisation

You are here:
FamilyNewsOne of Us 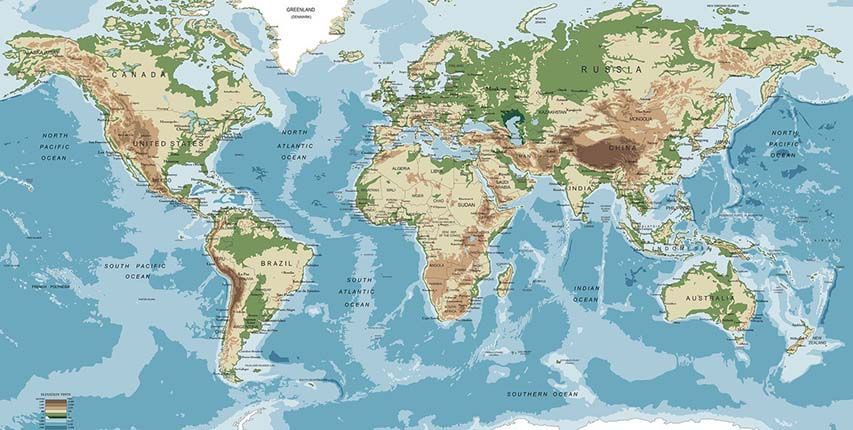 he worldwide coronavirus pandemic is not only a health crisis: in Europe it also reflects a social and political crisis. In parallel, the American political events at the beginning of 2021, with the storming of the Capitol by comparatively manipulated rioters within the world’s largest democracy, show that this is a crisis of civilisation that affects the West as a whole.

The coronavirus crisis will mark the history of the world in a number of ways. Perhaps less for the number of deaths that the pandemic will have caused than due to what it will have revealed about the unpreparedness of those in power, and the docility of those who were governed by it:

a/ The manipulation of public opinion: the government through fear and the liberticidal reign of the principle of precaution.

b/ The transformation of the common good in the name of hygienism and the ideology of health.

The “bioethics” bill, voted on second reading by the National Assembly during the night of 31 July to 1 August, is still under discussion. This text is an all-out attack on traditional medical ethics: increased commodification of the human embryo in the context of research and even authorisation to develop chimeric embryos; extension of the use of MAP to lesbian couples and single women. Surrogacy remains prohibited, for now As for Medical Interruption of Pregnancy (MIP), it is now possible up to the day before delivery, under conditions of “psycho-social” distress (sic). It is a legalization of thinly veiled infanticide.

3/ Increased secularism and the fighting against radical Islamism

Islamic terrorism is the radical side of the strengthening of socio-political Islam among Muslim populations coming from an immigrant background. In the name of the fight against these communitarian aberrations, now called ” separatists ” in France, the French government is preparing a toughening of secularism, at the expense of fundamental social and religious liberties: prohibition of home schooling, compulsory schooling at the age of 3, submission of public funding of religious associations to the signing of a charter of secularism.

In Spain, a cultural project for the radical transformation of society is forming a “Front” around the government. The aim is to place Spain at the forefront of the replacement of the European social order based on the dignity of the human being. This utter disorder cannot be overthrown by a political alternative, for lack of a cultural base capable of challenging this truly totalitarian relativist slide. This cultural overthrow, however, demands that we resist the most deconstructive political projects of this assault that has been unleashed by the “Front” formed around the government:

5/ Portugal: destruction of history and language

Portugal is being subjected to a radical political agenda, aimed at subverting the cultural heritage of the Christian matrix of society, with the aim of legislatively imposing an atheistic or agnostic social model. Their targets are life, family and freedom. With minority demands such as those of homosexual, transgender and bisexual associations, at the centre of political life instead of the common good, history is rewritten, and a new language is imposed. Two legislative projects are directly attacking the dignity of the human being:

European news is dominated by the Covid-19 pandemic and the management of the health crisis. While the measures do not follow the same strategies, they are accompanied in virtually all countries by the same moralistic rhetoric. State authorities want to establish an authoritarian health order, deciding which citizen behaviour is acceptable or not. The failure of health systems, who are unable to cope with an epidemic that affects a proportion of vulnerable people, whose death, when it comes, does not occur in unusual proportions (in France, 97% of those affected recover), is rarely called into question.

Behind leaders’ obsessions to protect their responsibility, questions are being raised about the emergence of a new “pan-medicalist” ideology (A. Comte-Sponville), illustrating our relationship to life and death, attributing all power to medicine, establishing health as the ultimate value « While we allow the most inviolable commandment – thou shalt not kill – to be eroded,” writes Pierre Manent, we put all our pride into trying to validate the craziest promise: thou shalt not die. » At the same time, this state moralism has a tendency to make critical thinking impossible. It is no longer a question of prompting choices, but of triggering reflexes (Martin Steffens). The state becomes more authoritarian in the private world than in the public one (Hannah Arendt).

Recent events in America suggest that we will have to face a worldwide cultural offensive driven by the United States, and that President Biden himself will accompany this, lest he be unable to control it. This cultural offensive aims to destroy the load-bearing walls of European civilisation, in particular its vision of the dignity of the human being. The response to this offensive, calls for a united effort on behalf of all those who defend life. This effort also requires us to strengthen our commitment to create work that can nourish and build a cultural alternative.

Thousands of women in Russia are beginning to access the possibility of reversing the abortion pill
September 22, 2021

Biden’s government gives in to pressure from pro-abortion lobbies and businesses against Texas law
September 22, 2021

The Spanish Government proposes to penalize WITH UP TO 6 YEARS IN JAIL the demonstrations and concentrations of PRO-LIFE organizations
September 20, 2021

Germany celebrates its 17th March for Life in Berlin
September 20, 2021