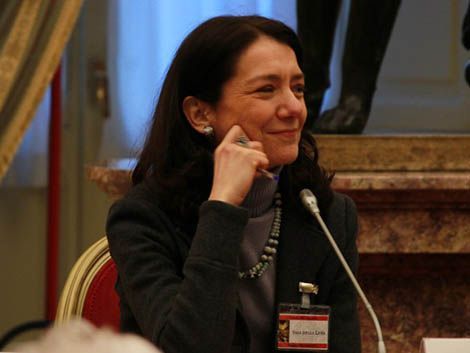 The Italian Constitutional Court with an order of 2018 (n. 207) and with a judgment of 2019 (242), following the line drawn by law 219/2017 on advance provisions of will, decriminalized, under certain conditions, the aid to suicide hitherto banned in any case by art. 540 of the penal code. The decisions have made much discussion also because the Court has trampled the rules of democracy arrogating a power that does not belong to it. For this reason, the indignation and bitterness of many for this serious civil defeat can be shared. A defeat for all of society. Unfortunately, there will be harmful effects on solidarity. The profound reasons for proximity and assistance will disappear. With all the dramatic consequences on the National Health Service (SSN).
In a context that we do not approve of in any way, but which we still have to deal with, two in particular seem to us to be the aspects to be valued. The first is that the Constitutional Court has decriminalized aid to suicide in some circumstances, but no doctor has a duty to help someone commit suicide, even if it falls within the particular situations identified by the Consulta. A big difference with the abortion law, where there is an obligation to perform the “intervention” on the basis of the document “also signed by the woman, certifying the state of pregnancy and the request”. For assisted suicide there is therefore no need to foresee conscientious objection, because “it remains entrusted, therefore to the conscience of the individual doctor to choose whether to lend, or not, to fulfill the patient’s request”: the doctor can simply evaluate freely from time to time how to behave, without having to resort to filling in forms or drafting documents in case of refusal to cooperate, as it is in the case of voluntary abortion. It can therefore be said that, despite everything, the awareness remains that in order to remain true to itself, medicine cannot be a dispenser of death. The Code of Conduct is therefore respected which provides for in art. 17 that: “The doctor, even at the request of the patient, must not carry out or favor acts aimed at causing his death”. The freedom of the doctor is safeguarded by the general principle of art. 4: “the practice of medicine is based on the freedom and independence of the profession which constitute the inalienable right of the doctor” and by art. 22 (“Refusal of professional services”): “The doctor can refuse his professional work when services are requested which are in contrast with his conscience or his technical-scientific convictions”.
A second important aspect concerns the inclusion of an effective path of palliative care and pain therapy among the conditions necessary to be able to access assisted suicide. These conditions are: The conditions are: irreversible pathology, dependence on vital support treatments, ability to make free and conscious decisions, intolerable physical or psychological suffering. These are conditions which, contrary to what may seem at first glance, can be interpreted in an elastic and extensive way. But – this is the important point – it would be a “paradox”, writes the Court, “not to punish suicide aid without first ensuring the effectiveness of the right to palliative care”. The issue of palliative care and pain therapy is fundamental and, beyond any affirmation in favor, there is much to be done to make these cures and therapies practically accessible to everyone throughout the country. Yet, unfortunately, there is a law, n. 38 of 2010 which is still not known enough or, above all, applied in every aspect.

Finally, there is a third point that deserves attention: the verification of both the conditions that make the aid to suicide legitimate, and the relative methods of execution, are entrusted to public structures, integrated by the “intervention of a third collegiate body, equipped with adequate skills, which can guarantee the protection of particularly vulnerable situations “. That is, the NHS takes care of controlling access and medical procedures for assisted suicide, and nothing is said about where it should be performed and who should perform it. Now, if on the one hand it does not at all convince that the SSN, that is the community, is in some way charged with a deadly performance, on the other hand it must be said that in this way private structures dedicated to procuring death are prevented request: all-inclusive offers by interest groups will not be possible, and every single request must pass the scrutiny of public structures that do not derive any profit from it. In short, in this way if the NHS is obliged to verify the conditions for access and the methods of execution, it is not however required to guarantee the facilities and personnel for suicide assistance.
Marina Casini, Movimento per la vita (Mpv)
Categories: Bioethics, Euthanasia, NewsJanuary 9, 2020
Share this post
Share on FacebookShare on Facebook TweetShare on Twitter Share on WhatsAppShare on WhatsApp