The complex case of the little Charlie Gard: By Carlo Casini and Marina Casini 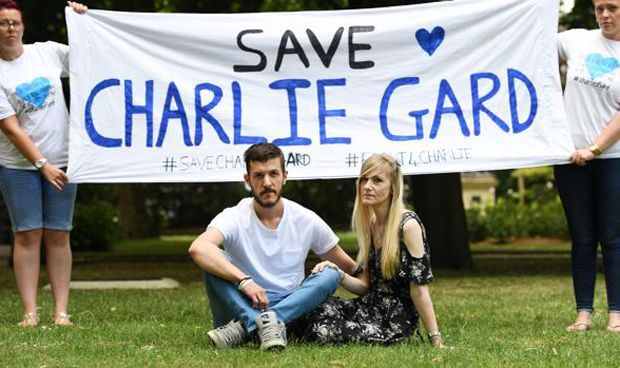 The well-known and complex case of the little Charlie Gard, condemned to death at the age of 10 months by the decision to cease assisted breathing, moved the world especially for the loving tenacious resistance of his parents who have tried to find all the ways to make living their son.

The European Court of Human Rights (Corte Edu), confirming the judgments of the British courts, has essentially authorized the hospital to proceed as decided by the doctors: any further attempt to avoid Charlie’s death and the same artificiality of breathing would be a therapeutic soreness productive of useless pain, so the best for the little baby would be the die as inevitably occurs after the stop of the assisted ventilation. Note that in the procedural case a Charlie’s tutor was appointed assuming a conflict of interest between the parents and the son. It should also be remembered that the parents would like to bring their son to the United States where it seems possible to try to cure him, even at an experimental stage, and that the citizen solidarity has raised a sum far greater than that required for travelling to USA, for staying and for the cures in USA.

The Corte Edu decision eludes the matters of substance and it is limited to verifying the procedural legitimacy of the English judgments. The central argument used by the Corte Edu is that of the criterion of the “wide margin of appreciation” to be recognized to the states on the issues of the beginning and the end of human life. As it is occurred in other decisions, the Corte Edu takes note of the difference of opinion of the various states and it renounces to take its position. It is an unacceptable criterion because the human rights – invoked by Charlie’s parents – precede and judge the laws written of the States, otherwise they serve nothing (but in the climate heavily intrinsic of “culture of death”, it must be remembered that the principle of  the “wide margin of appreciation” has saved and can save also the rare exceptions where a state prohibits or limits abortion and euthanasia).

The complexity of the “Charlie Case” has been mentioned. In addition to the themes of the therapeutic soreness, of the euthanasia and of the suffering, there are also those of the experimental care and of the role of the parents. It is precisely on this latter that there are profiles of singular gravity. When an adult’s life is at stake, the sophism of the absolutized and self-referential self-determination (unacceptable, because the right to life is unavailable and because such self-determination implies a corruption of the concept itself of the freedom) serves at least to not attribute clearly to the state the right to decide who should live and who must die. In the case of Charlie, on the contrary, the elimination of parental power-duty and the ridiculous configuration of a conflict between the child and the parents – to the point of appointing a tutor! – implies that the state through its organs (healthcare facilities and courts) can replace parents and can decide who should live and who has to die. They are no longer the parents who understand better than any other what is the good of their son, but it is the state that assesses what is Charlie’s best interest based on the sufferings that he, living, would meet (the issue of suffering should be further thoroughly investigated …). There is, therefore, only a clear euthanasia mentality. There is also a very dangerous drift that lead to the state control.