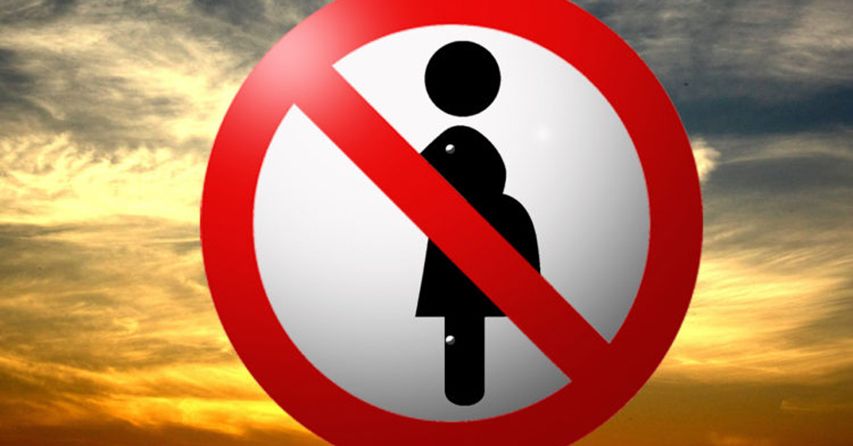 Abortion is at the heart of international news. Numerous initiatives, laws and decisions in countries are proof of this and illustrate radical divergences between approaches that the ECLJ strives to support or combat, in Europe and in the world.

In France, the situation has objectively become dramatic. The figures for the number of abortions per year have just been released: 232,200 abortions were officially recorded for 2019, the highest level in 30 years. The newspaper Liberation now recognizes this: “[t] he data shows a clear correlation between standard of living and the use of voluntary termination of pregnancy”, which the ECLJ has explained for years in its research.

However, the French government does not have the slightest intention of seeking to prevent the recourse to abortion. Again in April, Olivier Véran was concerned about the reduction in the use of abortion due to confinement. The bioethics bill that closed the session of the National Assembly has once again served to remove several “barriers” and “safeguards” that the deputies erected barely 10 or 15 years ago.
In addition to the issues related to embryo research and control deficiencies that we discussed in this video interview, this is one of the latest life-protecting laws that some MPs have tried to destroy. They passed an amendment allowing abortion until the day before birth on the grounds of “psychosocial” distress.

The bill adopted at second reading provides for authorizing the voluntary termination of pregnancy at “any time” if two doctors, members of a multidisciplinary team attest that the continuation of the pregnancy seriously endangers the health of the woman, ” this peril may result from psychosocial distress ”.
As we underlined in this joint article published in the FigaroVox: this notion is much too vague and subjective to seriously attest to its force or its reality. In addition, if a woman is in psychological or social distress, these are precisely two areas where society can provide more relevant assistance than abortion: psychological follow-up, social assistance, housing assistance … Allow abortion ” at any time ”, that is to say until the end, in response to psychosocial distress is infanticide. This law was tabled in the Senate for second reading, and we can (still) hope that the senators will reverse this amendment.

Conversely, the Slovak Parliament will vote by the end of the month on a bill to truly help women and protect lives. As it stands, the proposal plans to increase social assistance to pregnant women, extend their reflection periods and ensure better control in the event of abortion for medical reasons. In response to the interference of the Council of Europe Commissioner for Human Rights, who asks MEPs to vote against this proposal, the ECLJ wrote to them to confirm that nothing in international law is opposed to such legislation. We talk about it in detail in our last program on RCF, which you can find here on Podcast or on video (15 minutes): Watch or listen to the program on Slovakia on RCF in “The right in debate”. Another illustration of this international fight: Poland. This country is now subject to a sanction procedure for violation of the rule of law by the European Union and sued at the European Court of Human Rights (ECHR) by a woman who accuses him of not having allowed her to have an abortion after 24 weeks of pregnancy.

The ECHR case concerns a pregnancy in which serious malformations were detected in the unborn child. They were confirmed at birth and the child died a few weeks after birth as a result of these impairments. The mother decided to sue the Polish clinic for “forcing her to give birth to a disabled child, for seeing him suffer and die, and for preventing him from having an abortion before.”
The ECLJ was granted leave to intervene in the case and this week submitted its written observations to the Court.

On the subject of the sanction procedure, due to the struggle of the Polish Government for the defense of life and family, we invite you to read on our website the article of our contributor Patrik Regalski which analyzes the latest decisions of the Parliament European.

Finally, in America also abortion is at the heart of the news. Following the death of United States Supreme Court judge Ruth Bader Ginsburg, President Donald Trump will propose a new judge on Saturday, September 26. The Senate can then hear and confirm or not the choice of the President. If the appointment is so buzzing, it’s that an additional conservative judge could allow the Supreme Court to shift state abortion laws in a more protective sense of prenatal life.

Conversely, in El Salvador, pro-abortion associations are working to legalize post-natal infanticide. In fact, the Inter-American Court of Human Rights has been seized of an appeal from women convicted and imprisoned for intentional homicide of their newborns. The facts of each case tried, corroborated by scientific evidence as well as by testimony, are deliberately distorted to conceal or downplay the deaths of newborns at the hands of their mothers. The homicides of newborns are qualified by the Center for Reproductive Rights as “abortion”, “miscarriage” or “obstetric emergency”.