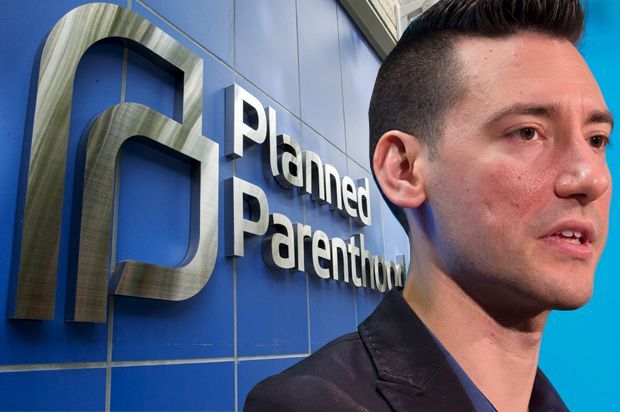 July 26, 2016 (LifeSiteNews) – All charges have been dismissed against Center for Medical Progress investigators David Daleiden and Sandra Merritt, multiple sources have confirmed to LifeSiteNews.

Prosecutors with the Harris County District Attorney’s office dropped the charges before the pair could pursue their legal motion to quash the charges at a hearing at 9 a.m. Central time, according to the Houston Chronicle.

This morning, CMP project lead David Daleiden called the dismissal of the charges “a resounding vindication of the First Amendment rights of all citizen journalists, and also a clear warning to any of Planned Parenthood’s political cronies who would attack whistleblowers to protect Planned Parenthood from scrutiny.”

“Planned Parenthood tried to collude with public officials to manipulate the legal process to their own benefit, and they failed,” Daleiden said. “A year after the release of the undercover videos, the ongoing nationwide investigation of Planned Parenthood by the House Select Investigative Panel makes clear that Planned Parenthood is the guilty party in the harvesting and trafficking of baby body parts for profit.”

“The indictment was politically-motivated and should never have been filed in the first place,” said Mat Staver, the founder of Liberty Counsel, who represented Merritt.

“This meritless and retaliatory prosecution should never have been brought. Planned Parenthood did wrong here, not David Daleiden,” said Peter Breen of the Thomas More Society represented Daleiden in the Harris County courtroom this morning.

Texas prosecutors agreed with his attorneys that the grand jury, which was called to investigate charges against Planned Parenthood, had been wrongly held over to indict the pro-life advocates instead.

The two faced up to 20 years in prison for a felony count of tampering with a government record for using false identification to gain access to Planned Parenthood Gulf Coast (PPGC), which is based in Houston.

There, they recorded officials discussing how they obtained “intact” fetal cadavers, used budget line items to dress up the remuneration Planned Parenthood received for aborted babies’ organs and tissue, and filmed the dissection of a child.

Dropping the felony counts means that all charges have now been dismissed in Texas. Harris County Court at Law Judge Diane Bull dismissed a misdemeanor count of trafficking in human organs against Daleiden on June 14.

That charge stemmed from an e-mail Daleiden sent PPGC, offering to purchase human organs as part of a 30-month-long nationwide sting investigation that infiltrated the highest levels of Planned Parenthood. A string of undercover videos exposed the little-known practice, which Planned Parenthood refers to as its “fetal tissue donation” program, to a national audience, triggering investigations in multiple states, as well as the U.S. House of Representatives.

Although initially called to investigate PPGC, the Harris County grand jury indicted Daleiden and Merritt for using false identification, a felony, and a misdemeanor charge of attempting to purchase human organs, on January 25.

The defendants turned down offers of a plea bargain that would result in probation instead of risking decades in a Texas prison, confident they would prevail.

In April, their attorneys asked a judge to dismiss the charges, because District Attorney Devon Anderson’s office colluded with Planned Parenthood. PPGC’s attorney, Josh Schaeffer, told the media that from the outset of the potential charges, he “explicitly pushed prosecutors” to turn the investigation against the whistleblowers, rather than his clients.

Anderson confessed in a May court brief that her office may have skirted legal prohibitions barring such an incestuous relationship between accuser and accused, but the lawbreaking was “minor and harmless.” She further dismissed her office’s wrongdoing as a “mere technical, inconsequential violation of” the law and a “procedural irregularity.”

The same grand jury failed to bring charges against Douglas Karpen, a Houston abortionist whom multiple eyewitnesses accused of twisting off babies’ heads with his bare hands. Anderson had close ties to Karpen’s attorney.

Planned Parenthood had poitned to the indictments against CMP investigators to cast doubt upon the veracity of the videos. “These false charges can no longer be used by Planned Parenthood and their cronies as a smokescreen to hide their own criminal conduct,” said Troy Newman, the president of Operation Rescue and a founding board member of CMP.

After the CMP indictments, more than 129,000 people signed LifeSiteNews’ petition, asking Anderson to drop all charges against David Daleiden and Sandra Merritt.

At a press conference in February, LifeSiteNews delivered the petitions, and Rev. Patrick Mahoney warned Anderson he would press state authorities to investigate “ethics violations” she had committed while in office if the charges were not dismissed.

“We need to get to the bottom of why rampant corruption occurred during the investigation in Harris County,” said Kristan Hawkins, president of Students for Life of America this morning. “The DA made a mockery of the office, colluded with an organization that should have had its employees arrested and charged for criminal conduct, and indicted a journalist who exposed Planned Parenthood.”

Daleiden and Merritt are not yet out of the legal woods. The state of California, led by Attorney General Kamala Harris, is investigating charges against the pair, and the Justice Department – under pressure from pro-abortion Democratic Congressmen – had said it had reviewed the matter.

The National Abortion Federation (NAF) and a handful of Planned Parenthood affiliates have filed a civil lawsuit over covert footage of the NAF’s 2014 annual convention in California, as well.

“David Daleiden is a hero, and we are thrilled that these scam indictments have rightly been tossed,” she said. “This is a huge win for all citizen journalists whose First Amendment rights were upheld today.”