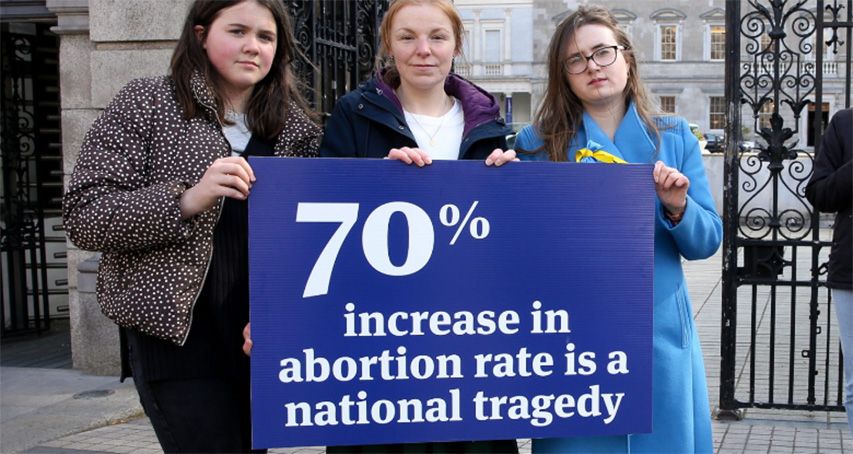 The Irish Pro Life Campaign has accused publicly funded groups like the National Women’s Council and the Irish Human Rights and Equality Commission of effectively working in sync with one another to dismantle the last remaining protections for unborn babies in the law.

Both groups have called for sweeping legal changes as part of the Government’s Three Year Review of the law. The report and recommendations of the review are expected to be published in the coming weeks.

Commenting on the intervention in the debate of certain publicly funded groups, Eilís Mulroy of the Pro Life Campaign said: “It has become so formulaic for taxpayer funded groups like the National Women’s Council and the Irish Human Rights and Equality Commission to intervene in the abortion debate at critical junctures, using almost identical speaking points and with the same set of demands. The fact that it has become so predictable does not make it right. Taxpayer funded groups are not meant to retreat into like-minded enclaves but rather have a duty to listen to a wide diversity of viewpoints. The fact that we can safely say neither group did so before finalising their submissions to the Three-Year Review highlights how narrow and predetermined their perspectives are.

“For a group like the National Women’s Council who are meant to represent the concerns of all women, to never seek the views of, for example, groups representing women who regret their abortions is indefensible.

“For the Irish Human Rights and Equality Commission, a body that’s supposed to defend the weakest members of society to be proposing to strip all remaining legal protections from unborn babies throughout the entire nine months of pregnancy, is equally reprehensible.

“It’s bad enough that the Government has completely excluded pro-life voices from the review process but for taxpayer funded groups to use their privileged positions to intervene in the debate in such a partisan and unfair way is something that needs to be called out and debated.”