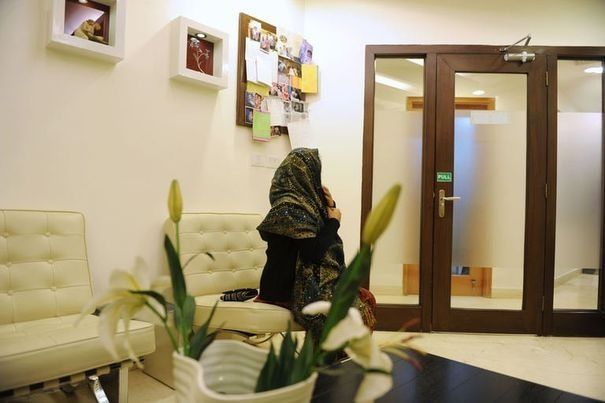 NEW DELHI – In a few days Lili will celebrate her first birthday with her two “fathers” in Australia. Several thousands of kilometers away, she who gave birth to this child, an Indian surrogate, waits for photos of the fair-skinned child because she hopes to be “a small part of the family.”

Seita Thapa delivered on February 13, 2012, at the Surrogacy Centre India (SCI) de New Delhi. That day, she turned her head away in order not to see what the baby looked like. The baby that she was bringing forth into the world on behalf of an Australian gay couple, two whom she had never wanted to meet.

“We have some courses that prepare us mentally, to accept the fact that it’s not our baby. So why look at it? I have my own children,” this mother of two “grown” children of 16 and 18 years of age stated softly. She has not seen her own kids since 2011.

One year after that scene, after sparse pictures sent by the parents, Seita, who is 31 years old, at last confesses that she has waited to see the images of the first birthday candle.

“I am proud to have given birth to a magnificent baby, even more beautiful than my children,” she blurts, as she tugs at the polka dots of her wide pink sweater with a nervous laugh. She is in a small room of the clinic.

“I wanted to be a surrogate mother because I wanted to set aside the money in an account for my children, to assure their future. I also wanted to help the parents who could not have kids,” Seita tells l’AFP.

“The baby and the parents are in my prayers always. I have the sense that I am part of the family,” says this former cook, whose eyes suddenly start to shine.

Her own children have stayed behind to study in her hometown of Darjeeling. They had no idea that their mother was ever pregnant. “I didn’t want to talk to them about it. I preferred not to disrupt their studies,” she says as a way of justification.

She keeps secret how much she was paid for the surrogacy, or (GPA). But she wishes to engage in another contract starting in April.

“If it’s the only solution…”

It is already the 2nd time that she has sent a child into the world on someone else’s dime. Eight years ago, when she was pregnant, she learned that her sister could not conceive. She gave her sister the child she bore.

During her pregnancy the year previous, Seita lived with her husband in a building rented especially by the clinic, with over 100 other surrogate mothers. Since then, she has been working for the clinic as a social worker, helping the women who are pregnant in turn.
“‘I have an emotional connection to the surrogate mothers and I help them here.”

When questioned by AFP, the clinic explained that surrogate moms received 6,000 dollars out of the 28,000 dollars charged to clients.

This clinic opened in 2008. In 2012, 291 babies were born here. The babies now live in 15 different countries, including Canada, Australia, Japan, Norway, and Brazil.

In New Delhi, there are dozens of similar clinics, but many refuse to allow the media to enter and interview the women.

India can offer advanced medicine for charge and looks to attract medical tourism from well-heeled Westerners. The nation still fights widespread poverty. Forty percent of the population lives on less than 1.5 dollars a day.

According to Dr Shivani Sachdev Gour, who directs the centre, the women who’ve been recruited have never had any desire to keep the babies that they bore for nine months.

“They have their own children, they are finished building their family. Anyways it’s the first thing we demand of them.”

Brushing aside the criticisms about the risk of turning the human body into merchandise, a criticism that detractors like to direct at them, the doctor says simply, “Let them come here and meet the parents who dream of having a child. How can they deny them this right?”

Marcia, a 40-year-old Brazilian living in Luxembourg, is one such case. She wants to remain anonymous. After having tried for three years, she just came to New Delhi with her husband to sign a contract with the clinic.

“When I look at the photos of the babies in the waiting room, I have the urge to cry,” she says to l’AFP.

“I prefer not to meet the surrogate who will be chosen, since we can’t be sure of the pregnancy will be a success.”

The couple will try in the first time of transfer of their own embryo before seeking a donated egg, should they fail.

“In the beginning, it’s difficult to get used to the idea of another woman carrying my child, but if it is the only solution,” Marcia smiles briefly.

The courses for the carrier mothers

To reassure the clients and the carrier mothers living in the fear of a false insemination, the clinic organizers a bi-weekly course for the pregnant women.

“The professionals come to explain to them that they should not wear high heels or drink coffee. They need to eat good fruits. There is also a psychologist who answers their questions,” explains Dr Gour.

Some of them want to knit a garment for the baby. “We give them that right,” says the doctor.

Mamta Sharma has already carried two children for other couples, after having followed the example of her own sister. She is a native of l’Uttar Pradesh, one of the poorest States in India. She is a strong woman of 29 years, who conceived in July for an Australian couple.

“The money has changed my life. I invested in a new house after my first GPA and the money that I got for the second has helped to pay the bills for my young son, who is ill,” explains this mother of four.

“My children ask me why I have a big belly. I have told them that it’s the baby of my sister-in-law. When I gave birth, they asked me where the baby was. I said it went away with her.”