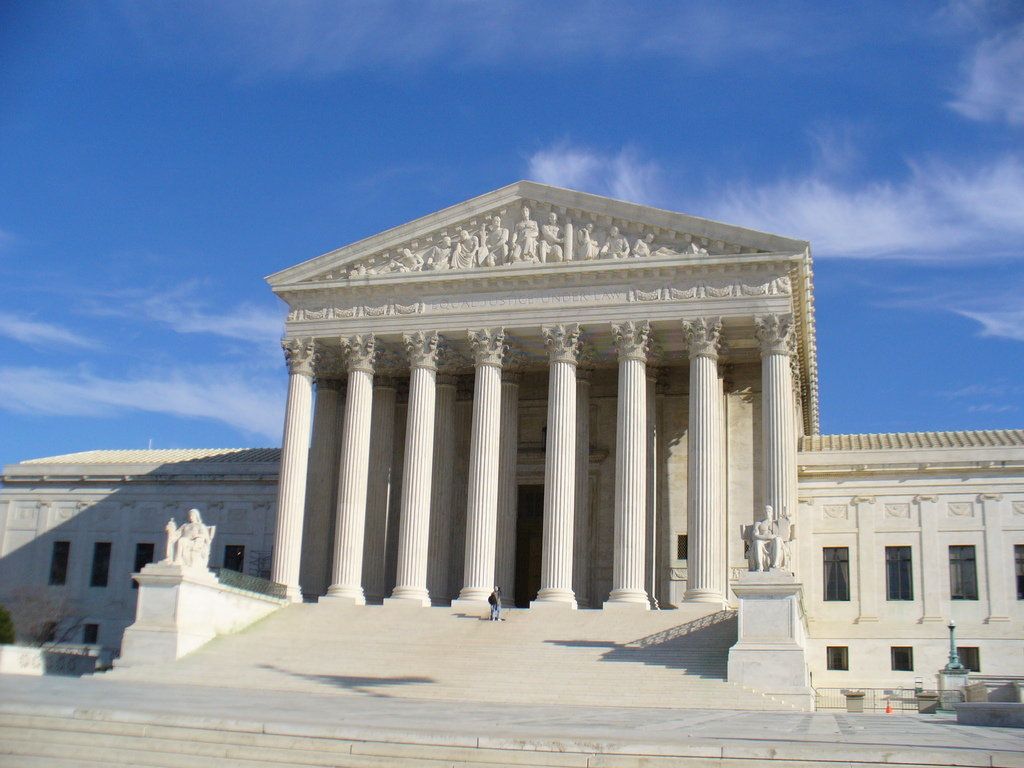 The Supreme Court declined to take a case from Colorado, which saw a lower court prevent pro-life advocates from publicly displaying pictures of babies victimized by abortion.

A petition for review of a Colorado Court of Appeals decision upholding an injunction against pro-lifers’ display of “gruesome images” outside a Denver church was denied yesterday by the U.S. Supreme Court. The Supreme Court Justices gave no reason for refusing to hear the appeal, which is typical when the high court decides against taking a case from a federal appeals court. Four Justices’ votes are needed to hear appeals.

The Thomas More Society, a pro-life legal group, brought the case for the pro-life advocates challenging a Colorado law banning the display of the images in certain instances.

The group told LifeNews today that observers were surprised by the refusal even though less than one percent of petitions for U.S. Supreme Court appeal are granted.
Professor Eugene Volokh of UCLA Law School authored the Society’s petition. Volokh, a prolific legal scholar, has published a leading casebook on First Amendment law that is widely used in American law schools as well as many law review articles. Volokh also has gained notoriety as founder and principal contributor to a widely read legal blog, The Volokh Conspiracy, where civil liberties and related issues are regularly analyzed and discussed.

Tom Brejcha, president and chief counsel of Thomas More Society, said, “We are very disappointed that the high Court would not hear our petition, but we agree with Professor Eugene Volokh, whom we retained along with Colorado attorney, Rebecca Messall, to spearhead the appeal, that this ‘was a fight that was very much worth fighting, even though we lost.’  We will continue to challenge any and all infringements of pro-lifers’ precious First Amendment rights.”

Brejcha said denial of review is not a ruling by the Supreme Court on the merits of the appeal, but the lower court decisions will stand as authoritative precedents within their jurisdictional boundaries in Colorado.  Outside of those jurisdictions, the decisions will deepen the conflict with many other  court decisions, some of which have upheld similar constraints on “offensive” images or speech on the Colorado courts’ stated ground that the  sensibilities of children need protection which trumps the free speech rights of citizens on public sidewalks or in other public for a.

Four “friend of the Court” (amicus curiae) briefs were filed in support of the petition for review at the Supreme Court level.

Professor Geoffrey Stone of University of Chicago Law School and Bruce Johnson of Seattle filed a brief on behalf of free speech scholars Alan Dershowitz of Harvard, Floyd Abrams, pre-eminent First Amendment counsel for national media, who also lectures at Yale, as well as former national ACLU presidents Norman Dorsen of NYU Law and Nadine Stossen of New York Law School.  These and other noted law professors decried the lower court’s decision as “a startling and dangerous departure from fundamental First Amendment doctrine” – a decision whose “rationale would know no bounds” if allowed to stand.

Professor Ed Gaffney of Valparaiso School of Law authored another amicus curiae brief for religion scholars of diverse faiths who argued that as “a significant size of the adolescent population is becoming pregnant…it makes little sense to ban images relating to the reality of pregnancy.”

Sarah Shalf of Emory Law School filed a separate amicus brief on behalf of historians of art and photography, arguing that “disturbing photographs…have been an essential part” of the “vibrant political debate” which “[our] country has enjoyed…since its inception” and that such speech mustn’t be silenced lest speakers be forced “to speak only to those who volunteer to listen.”

A fourth amicus curiae brief was filed by Rob Muise of the American Freedom Law Center on behalf of the Center for Bio-Ethical Reform, Inc., urging that the “history of social reform is the history of graphic and horrifying images.”

Brejcha of Thomas More said that, fortunately, the lower courts’ rulings bind only the parties and those who acted in concert with them in Denver, Colorado, and they apply only to the specific protests near the church which filed the lawsuit.

Brejcha says that the Society remains poised and committed to take up the issue on appeal once again, and if necessary, all the way up to the U.S. Supreme Court.