San Marino against abortion. The tsunami of the business of death 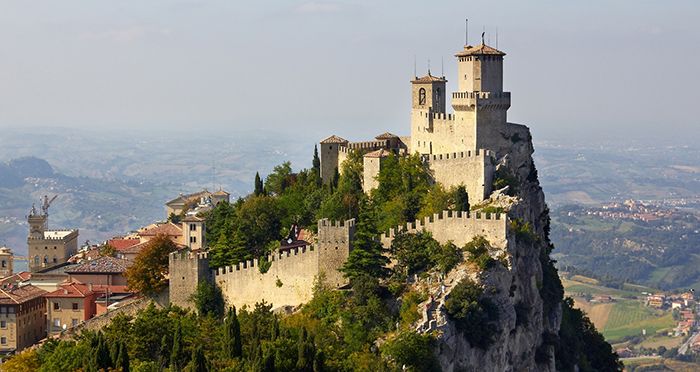 The very small and very reserved Republic of San Marino, nestled between Emilia Romagna and Marche, has been until today, together with Andorra and Malta, a garrison for the protection of nascent human life through the criminal prohibition of abortion. All other European countries have, over the decades, introduced regulations favorable to the voluntary termination of pregnancy. Of course, with some differences between discipline and discipline (for example the role of the doctor, self-determination of the woman, terms and indications, systems to avoid abortion), but with the common characteristic of making the suppression of human beings legitimate and therefore “just” on the way to birth, with the endorsement of medicine and social consensus.

A new vision of family and sexual relationships, a new way of thinking about the female condition, the changes in the productive system and the spread of a materialistic culture in the various versions of utilitarianism, hedonism and libertarianism have led to the legalization of abortion , that is, the killing of the conceived before his birth.

Our century has seen a vast reform of the laws on abortion, inspired by a greater or lesser permissiveness and even creating wide spaces in which the interruption of pregnancy becomes not only extraneous to criminal law, but the content of a real subjective right of women, indeed of a privileged right, particularly guaranteed and assisted by the State.

Legislative innovations run through the entire world of European culture since 1920, the date of the liberalization of abortion in the Soviet Union. The Communist ideological and political system affirmed itself after the Second World War in all of Eastern Europe, even in those countries, in a short time, reforms were promulgated that widely legalized the interruption of pregnancy: the Polish and Hungarian laws of 1956 and Bulgarian, the Czechoslovak law of 1957.

In the West, the first reform appeared in the United Kingdom (Abortion Act, 1967) and soon rebounded across the Atlantic, where in the United States of America it came to fruition through the Federal Supreme Court ruling of January 22, 1973 which forced states to liberalize abortion in the name of the right to privacy. From here abortion quickly returned to Europe, with Danish (1973), West German (1974), Swedish (1974), French (1975), Italian (1978), Luxembourg (1978), Spanish (1983), Portuguese (1984), Dutch (1985), Belgian (1990), Irish (2013).These are troubled legislative processes: Germany’s unitary law of 27 July 1992 was soon replaced by the law of 21 August 1995 following important rulings by the Constitutional Court. In Poland the parliament, in February 1993, reformed the old law of 1956 limiting abortion to particular cases, but starting from the principle of the State’s obligation to protect the unborn child from conception, but returning in 1996 to positions permissive, even if the Constitutional Court later declared that law partially unconstitutional. Meanwhile, in the United States, the Supreme Court has gradually shown that it wants to give some weight to the life of the unborn child, without however disavowing the 1973 decision. Think of the very recent decision by which the Supreme Court of that country rejected the request to block the Texas law comes into effect prohibiting abortion beyond the sixth week of pregnancy for any reason.

Often recourses to constitutional courts and popular referendums are inserted in these dynamics and there are those who see the profound lines of that cultural confrontation that opposes materialism to personalism. It is probably no coincidence that the value of life at its inception began to cloud over in the countries of real socialism, where the ideology of theoretical materialism was immediately imposed, and only later in the West, suffering from the slower but deadly disease of practical materialism. In both cases, personalism, with the acute perception of the mystery present in every human being, is suffering.

Even where more distant in time is the introduction into the legal systems of the various countries of the voluntary interruption of pregnancy, there are frequent signs of rethinking at both a cultural and legislative level, a sign of a discomfort that cannot subside.

The proactive referendum on abortion, which will take place on September 26 in the Serenissima Republic of San Marino, is part of this panorama, as established by the Regency Decree of July 13, 2021 n. 129. The question is formulated very broadly: “Do you want the woman to be allowed to voluntarily terminate the pregnancy within the twelfth week of gestation, and also subsequently if there is danger to the woman’s life or if there are anomalies and malformations of the fetus that pose a serious risk to the physical or psychological health of the woman? “. The positive response leaves the door open to legal abortion up to very advanced pregnancy: the legislator could in fact give life to a very permissive legislation – and bills have already been presented in this sense – which also provides for the access of minors. voluntary termination of pregnancy without parental consent and with the strong compromise of conscientious objection. The small Republic of San Marino could even become a great reference point for abortion tourism.Now, this popular consultation is the result of pressures that have been trying for over a decade to bring about the legalization of abortion in the country.

In 2014, the Union of San Marino Women (UDS) presented a permissive bill, which fell only for the end of the legislature.

Between 2015 and 2016, five Arengo applications were then presented to the Great and General Council with the aim of introducing voluntary abortion. The European Federation «One of us» sent a note to the Captains Regent and to all the Councilors of the Great and General Council of the Republic of San Marino asking, with ample motivation, the rejection of all the requests. “On the cultural level”, it was written in the note sent, “the Republic of San Marino, in accordance with its origins and its history, has a task of great importance: the unlimited and unreserved recognition of human dignity makes the Republic great of San Marino despite its geographic and demographic smallness. San Marino can be a light of civilization that does not go out and that also radiates outside its territory. Recognizing the value of human life even when it is small, fragile and defenseless, such as that of unborn children, consolidates the whole culture of human rights “.

Three of the five instances passed, but an agenda also passed demanding that human life and motherhood be protected from conception.

The debate then seemed to slumber to rekindle more recently, when, in 2019 and 2021, two very permissive bills were presented, those currently pending in parliament: the first promoted by the UDS, the second – already examined by the parliament at first reading – by the Movimento Civico Rete, the party that holds the majority in the government.

The beauty of life versus death

And here is the popular referendum. All these initiatives, obviously including the referendum one, are based on the refusal to look at the child already existing in the maternal womb from conception and are particularly evident in contrast with the principle of equality, as well as with the idea of a welfare state and of right.The “One of us” Committee of San Marino, born precisely to face the referendum in the name of the right to life, and the pro-life associative world of the small state (I recall, for example, the “Reception of life” association and the “Community Pope John XXIII”) express themselves vigorously in favor of the protection of unborn children and an authentic social protection of motherhood, underlining
that the protection of human life is fidelity to the value that founds an authentic civil coexistence;
that maintaining firmness on the defense of human life is a source of pride and hope for Europe;
that if respect for human life is lost in the womb, human dignity is forever endangered; that if in San Marino the health care for the mother and the child before and after childbirth is very good, if the work policies facilitate the woman, if the assistance to the woman and the child is almost completely free, if the family allowances they are guaranteed, it is because the support for life is real and also concerns the conceived;
that there are many positive testimonies of acceptance of life despite the difficulties; that abortion inflicts a deep wound on women;
that introducing abortion would end up feeding the throwaway culture by trampling on the principle of equality, threatening the authentic culture of human rights head on and weakening the reasons for welcoming a new life also by society.
Categories: Abortion, NewsSeptember 19, 2021
Share this post
Share on FacebookShare on Facebook TweetShare on Twitter Share on WhatsAppShare on WhatsApp