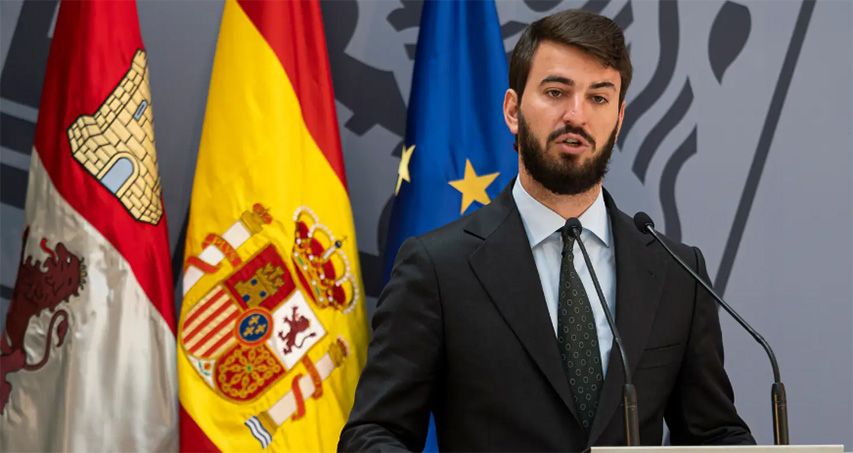 Pro-life associations have defended the “effective” measures against abortion and the promotion of birth rates that the Junta de Castilla y León (Spain) will implement, among which are a reinforcement of psychological care for pregnant mothers, a protocol that allows parents to listening to the fetal heartbeat, offering a 4D ultrasound or protecting the conscientious objection of healthcare professionals.

“The furious reaction of the promoters, against these measures, is a sign that they are effective in preventing abortions and gives us the clue that this is the way: to show the truth and offer help,” he assured in statements to Europa Press the president of the Spanish Federation of Pro-Life Associations, Alicia Latorre.

Thus, he has indicated that from the pro-life associations they reiterate their commitment “with every human life, the one that is about to be born and the one already born, in all the stages of its existence.” Likewise, he has expressed that he wants politicians to “exercise their obligation to serve the common good and each human being, especially the most vulnerable, and not be afraid of the culture of life, whose fruits are good for all”.

The president of the federation has warned that, for an “important” sector of society, “there are non-negotiable issues that they take good note of and that will be final when it comes to exercising their vote.”

In his opinion, the “fear” that the truth will be revealed and that this will be considered an aggression, the “criminalization” of those who promote measures in favor of life, “is unequivocal proof of a sick society for whom human beings worth nothing and who wants to reverse evil and good”. Thus, Latorre has stressed that abortion “is a cruel and unfair procedure that does not want to be made visible and that the woman is not informed about either.” “She is left alone, before, during and after the abortion. The man is also not allowed to defend that life, in whose existence he has also participated, this measure and many others should be carried out and should be supported without hesitation,” he has ruled.

THE CYL MEASURES, “A GREAT STEP FOR THE PROTECTION OF LIFE”

Along the same lines, the president of +Vida, Álvaro Ortega, has applauded the measures announced by the Government of Castilla y León which, in his opinion, “are a great step for the protection of the life of the unborn child.” Precisely, it has indicated that the pregnant woman “needs to be informed” of the human life that she carries in the womb, to see the images of her baby and to listen to the signs of latent life that represent the heartbeat “so as not to make irreversible decisions that could destroy his life psychologically”.

In this context, he has stated that in countries like Hungary or some parts of the United States, where pregnant women who are considering an abortion hear their baby’s heartbeat, “the vast majority decide to continue because they are aware of their child’s life.” .

There is great misinformation, especially among young people, about the development of the embryo during the first weeks of gestation where many believe that there is no human life, but this begins from the moment of conception and in just 21 days the heart of the baby already beats. baby,” added Ortega.

“AN INCREASED FREEDOM FOR PREGNANT MOTHERS”

After making known the measures announced by the autonomous governments of Castilla y León and Madrid, the president of the Family Forum, Ignacio García-Juliá, has celebrated said announcement considering that they represent an “increase in the freedom of pregnant mothers” . They are measures that propose, that do not impose anything, but freely propose to pregnant women who so wish, to obtain more information about the status of their pregnancy, about their baby, about the help available to them, etc. “García-Juliá explained to Europa Press.

In addition, the president of the Family Forum considers that, in the case of Castilla y León, “it reinforces conscientious objection, which is necessary.” “Conscientious objection, as is the case with many other fundamental freedoms and rights, is being seriously attacked, especially that of health professionals with the latest laws that the Government is releasing,” he warned.

Therefore, for the president of the Family Forum, these are measures that “increase freedom, increase protection, propose positive things, do not impose anything and, above all, also increase the protection of the unborn human being”. “We are very happy and we applaud these measures,” he has settled.

The general director of the Redmadre Foundation, Amaya Azcona, has declared to Europa Press: “We consider positive the psychosocial support programs for pregnant women.”

From the Assembly of Life, Ana del Pino has also applauded the measures promoted by Castilla y León and the Community of Madrid. “True freedom only exists when we have the possibility of choosing and this choice is based on knowledge of reality, this freedom cannot be exercised from ignorance or ignorance,” he stated.

On this point, del Pino has valued the fact that mothers have the possibility of verifying, with the means that science currently offers, “the life that exists and is developing inside them”. “Each heartbeat of a human being is unique for each mother and it should be so for each human being,” he commented. Referring to the measure announced by Díaz Ayuso, he stressed that “it is a clear message to women in maternity: you are not alone.” “All of society and the public powers must welcome and support women in their maternity and especially in moments of difficulty due to the unexpected arrival of a child,” he concluded.