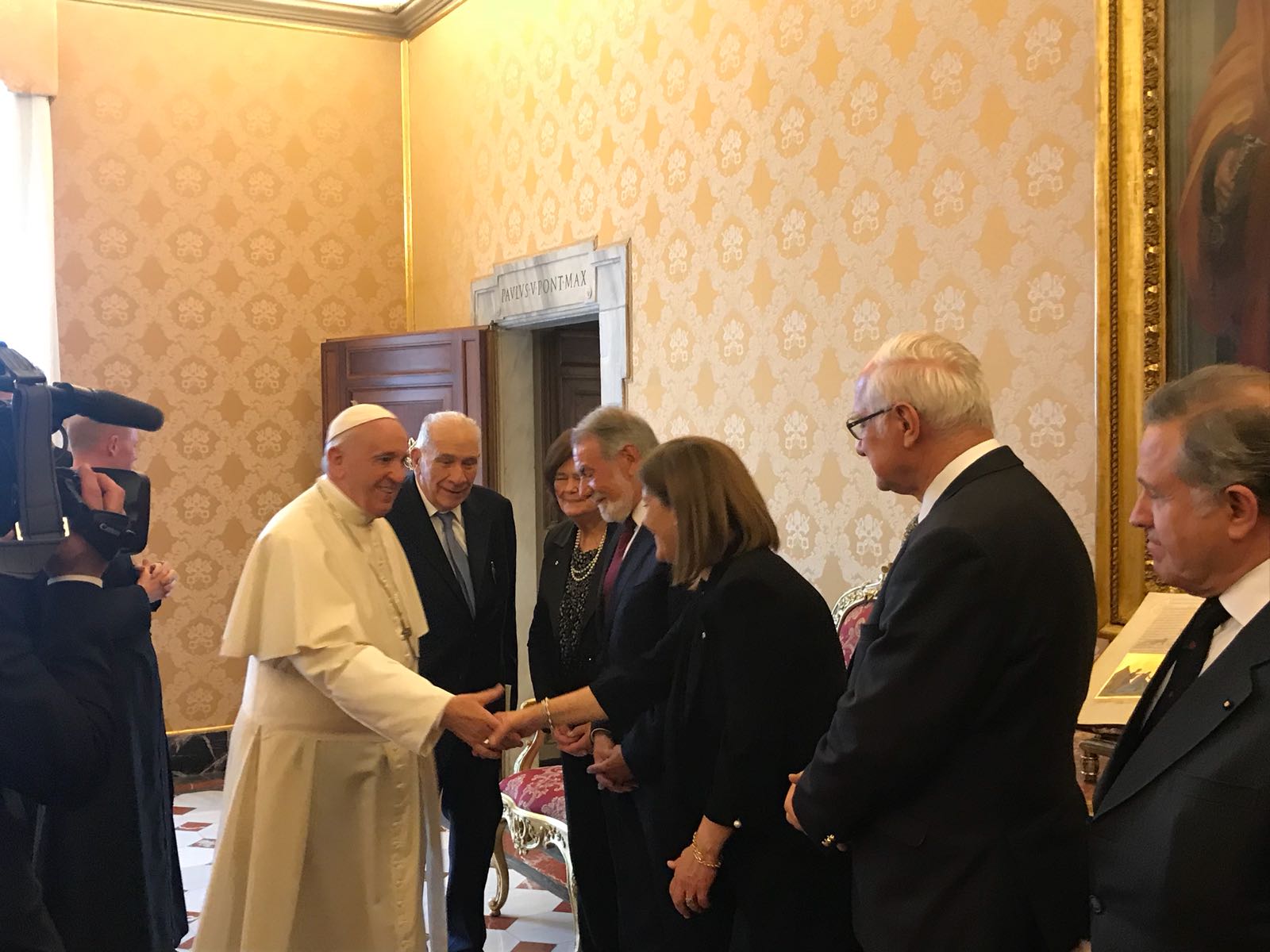 On Friday 18th May, Pope Francis received the executive board of the One of Us European Federation for Life and Human Dignity in audience in the adjoining room to his private library.

After greeting each of the 16 members present, the Pope addressed passionately to the representative of the Federation. “I express my gratitude for your visit and your work, as it is difficult since you have to fight against the current trend,” the Holy Father claimed. “Today, our culture is the culture of disposability: fighting for life is fighting for a broad culture where life must be respected. Nowadays, saying this may seem a Martian language. Your work is to bring that idea to a culture known by its selectivity,” continued Pope Francis.

The Holy Father alluded to the experimentation with human life, to the selection to which sick children or children who suffer from rare diseases are subjected to, and to the control of childbearing so that “everyone is normal”. The Pope pointed out that the experiments are carried out “in laboratories, but not always respecting life.” The Pontiff also made a politically incorrect comparison: “We all talk about Mengele, although we all do the same as him today.” “As a child, my teacher of History in elementary school told us that Spartans threw unhealthy babies over the mountain top. That was terrifying. Nowadays, we do not do the same over the mountain top, but in laboratories or clinics instead,” Pope Francis stated.

There was later a passionate reference to euthanasia, often regulated by law or carried out in secret to people, especially the elderly, who are discarded from our society alluding to the argument that “theirs is not life.”

The Holy Father insisted the One of Use Federation on continuing their work in order to assure that all lives “are treated and kindly respected.”

Carlo Casini, founder and honorary president of the Federation, highlighted the fact that “unborn life is now being attacked by the extraordinary economic powers” and, as a result, it is necessary to count on “the close relationship with the Church and its strength.”

He highlighted the fact that “unborn life is now being attacked by the extraordinary economic powers” and, as a result, it is necessary to count on “the close relationship with the Church and its strength.”

This encounter with the Holy Father has been a pleasure and honour for the Federation. In fact, it took place during the day of two important anniversaries: the birthday of Saint John Paul II, the Pope of Life, and the approval of the abortion law (94/78) by the senate of Italy, which was enacted 40 years ago, on May 22nd.

“Europe’s soul is the recognition of the equal dignity of each human being and the goodwill of being a continent finally pacified and pacifying,” Carlo Casini claimed. Along with Jaime Mayor Oreja, Carlo Casini recalled that One of Us was created “to remember the forgotten beginning, highlighting that the reception of the poorest and the conceived is the foundation stone for peace.”

“We work for the ecumenism of life,” stated Jaime Mayor Oreja, president of the Federation, satisfied with the encounter.

After the blessing, Pope Francis gave a rosary to each of the members present, including the youngest participant, still in the womb.