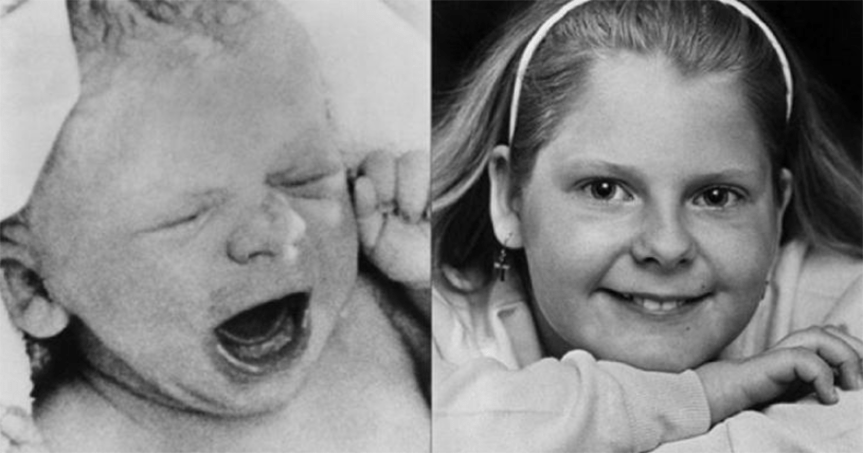 Nathan Treff, chief scientific officer at Genomic Prediction in North Brunswick, New Jersey, along with a few other companies, have been using “polygenic risk scores,” which calculate the probability that someone will get a disease based on contributions genetics of hundreds, thousands or even millions of unique DNA. These are changes in the “letters” of the genome that provide information that allows future parents to choose those embryos generated by In Vitro Fertilization (IVF) with a lower risk of diseases such as diabetes or certain types of cancer.

A co-founder of Genomic Prediction has argued that this selection could extend to traits that are not related to disease, such as intelligence.

The PGT-P process begins just like any other pre-implantation genetic test: Doctors take a small sample from a day-old embryo and sequence its DNA. Then, using information from polygenic risk studies, they find the variants that correlate with the likelihood of developing a certain condition later in life.

New tests for polygenic conditions (PGD-P) are less widespread, supplied by companies that sell them in some countries, including the United States and Brazil, where they are largely unregulated.

In the United States, people undergoing IVF can request IVF testing (PGD-P) to screen for risk of a wide range of conditions including some cancers, heart conditions, diabetes, and schizophrenia.

Although less widespread than the DGP, it is foreseeable that its use will increase, as has happened with this one, since in the United States it increased from 13% in 2014 to 27% in 2016.

A new form of eugenics

Bioethics experts have expressed their misgivings on numerous occasions when it comes to extending the application of PGD tests, especially when they are becoming more and more sensitive, extending their predictive capacity beyond serious genetic diseases, which can lead to unacceptable processes. selection and embryonic discard based simply on their personal characteristics or the remote possibility of suffering from certain diseases in the future.

In addition, the scope of these techniques is limited, being able to offer errors in the diagnosis that lead to misinterpretations when selecting the embryos.

Since the birth of Louise Brown, the first baby conceived by IVF in 1978, techniques have been perfected Embryonic genetic selection, a clearly eugenic technique of PGD in order to select embryos for transfer in assisted reproduction processes, causing the elimination of huge quantities of viable human embryos, healthy in many cases, in others with conditions that could be treated in the future or, simply, disabled, but also human beings after all. Since then, researchers have developed tests that screen embryos for chromosomal abnormalities and some monogenic conditions, those caused by a single defective gene, such as cystic fibrosis.

The new DGP-P tests seek to detect the genetic origin of diseases such as diabetes, schizophrenia, heart disease and other pathologies, most of them considered polygenic, that is, linked to many different genes that interact with each other and with their environment in complex ways.

The UK’s National Health Service is testing these “polygenic risk scores” as a way of identifying adults who are at high risk of developing heart disease. The idea is that doctors can recommend lifestyle changes and routine screenings to people with high-risk scores. In this sense, genetic diagnosis contributes to developing forms of preventive medicine that are beneficial for the population. In the case of DGP-P, its usefulness is solely eugenic, since it leads not to therapeutic processes but to the selection and discarding of embryos that are candidates for transfer to their mothers’ uterus.

Genomic Prediction already offers screening for schizophrenia, four heart conditions, five types of cancer, and type 1 and type 2 diabetes. IVF clinics try to generate multiple embryos to increase the chances of a successful pregnancy, and Genomic Prediction calculates an overall health score for each embryo. The score obtained would offer information on the subject’s life expectancy based on the pathology detected, as well as a description of the individual risks of each disease, according to Treff.

Francesca Forzano, a clinical geneticist at Guy’s and St. Thomas’ NHS Foundation Trust in London, counters that it would be unethical to offer someone a test when there is insufficient evidence that it is beneficial. Forzano, chairs the Public and Professional Policy Committee of the European Society for Human Genetics in Vienna, Austria, and co-authored a commentary arguing against PGT-P last year.

According to Leila Jamal, a bioethicist at the US National Cancer Institute in Bethesda, Maryland, a significant weakness in the use of such diagnostic methods lies in the difficulty of predicting which conditions will be problematic by the time babies are screened with PGT-P. reach old age. “The treatment landscape is changing very rapidly,” he says, adding that both medicine and people’s environments looked very different just 50 years ago. What may seem like a serious future health problem today may be perfectly treatable in the future. Many of the embryos discarded because they are considered to be affected by serious diseases could lead a healthy life in the future thanks to advances in therapeutic means.

For now, Genomic Prediction offers only a mental health-related test for schizophrenia, but the company’s co-founder, Stephen Hsu, has hinted that he would like to see intelligence tests. Lázaro-Muñoz points out that for some people with a mental health disorder, their diagnosis is a much more crucial part of their identity than it is for people with cancer or heart disease, for example. That means screening embryos based on their risk of mental illness could add more stigma to certain individuals. “This brings us one step closer to people promoting a reductionist view of what is acceptable in a child,” says Laura Hercher, a genetic counselor at Sarah Lawrence College in Bronxville, New York.

And the search for the “perfect baby” could lead some people to undergo unnecessary IVF cycles, says Norbert Gleicher, founder and director of the Center for Human Reproduction, an IVF clinic in New York City. IVF success rates are already low: 25-40% of IVF cycles result in a live birth, depending on the age of the pregnant woman. Gleicher is concerned that PGT-P will inevitably lead to the culling of healthy embryos, because parents may not be satisfied with their “genetic quality” assessment and will opt for additional cycles. “The first rule in medicine is ‘do no harm,’ not ‘get a little benefit if any,'” he says.

In the United States, PGT, like most other genetic tests, is not subject to close scrutiny and evaluation by the regulatory body, the FDA. Such tests are much more strictly regulated in the UK, where the Human Fertilization and Embryology Authority (HFEA) has said they can only be used to prevent “serious hereditary diseases”. PGT-P is illegal in the UK and the HFEA has noted that there is no scientific consensus on the validity of the tests.