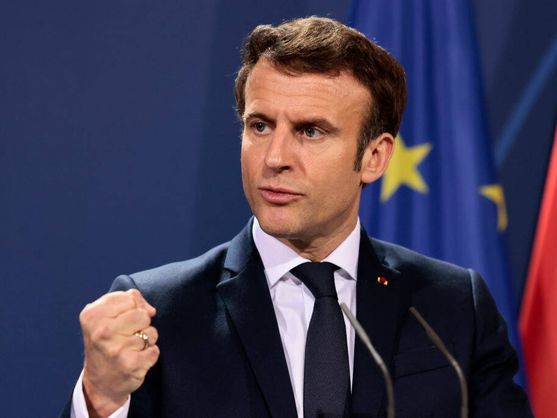 The EU, abortion, and the French Presidency

Mr President of the French Republic,

During this time when Eastern Europe is back at war , you are aspiring to show the importance of the unity of the EU. This unity of Europe must appeal to the true values that have made its history.

Yet, while launching the French Presidency of the EU, you proclaimed your wish to include the right to abortion into the European Charter of Fundamental Rights.You must be mistaken: such a goal can only divide and shackle the destiny of the EU.

We, European citizens who signed ONE OF US (the most successful European Citizens’ Initiative with nearly 1.9 million signatures), refuse this proposal. Moreover, the governments and the several member states legislators’ successive denials on the question of life are staggering.

Should we, Mr President, remind you of the national, European, and international treaties and declarations to which France and the other Member States are bound, and which directly oppose such an evolution? How can we go against the Universal Declaration of Human Rights of 1948, declared by the General Assembly of the United Nations, which ensures the recognition as well as the universal application of the right to life and “the inherent dignity to all human beings”, without distinction whether they are born or in gestation?

Have you forgotten the Rome Convention of 1950, created by the founding fathers, for the safeguard of human rights and fundamental freedoms which guarantees the right of every person to life and the fact that death cannot be inflicted? to anyone intentionally?

Have you forgotten that the International Convention on the Rights of the Child, adopted by the UN in 1989, states that the child (…) needs special protection (…), in particular appropriate legal protection, before and after birth?

How can you give in to the pressures of lobbies, ignoring these texts of which France and Europe, which you both represent, are signatories? Under what prerogative do you dare to flout human rights? How can you forget that abortion is the death of human beings? How could you plan to impose the disrespect for life as a unifying principle on all member states?

Every state must protect human life. Yes, the law guarantees respect for human beings from the beginning of their lives. The decriminalization of abortion is secondary to the right to life: all these texts that France and Europe have signed confirms this. The right to life is at the top of fundamental rights. To ignore that would be paradoxical and against nature.

Must we become biologists to remind you that human life begins at the moment of conception, at the fusion of gametes, and that there is no substantial difference but only a developmental difference between the zygote which appears immediately after fertilization, the foetus and the new-born child at birth? Biologically, it is indeed a human life, a living human being.

So yes, if necessary, we will alternately become philosophers, historians, biologists, but also advocates of life to combat this fundamental anthropological error which consists in making destroying human life a value. No, the crime against the unborn child is not a right to be conquered. On the other hand, abortion has deeply distorted human rights, fundamental rights that were universally agreed upon.

Abortion held up as a value leaves thousands of women in disarray every year, with no alternative to termination of pregnancy. It is those alternatives that Europe should prioritize. By encouraging them to exercise a right presented as an opportunity, society abandons them with their suffering and the wound of having resorted to this act which can also destroy and damage the lives of these women.

Mr President, during your presidency of the EU, your actions must always be aligned with the respect of the dignity of every human being. That gives an objective limit to your freedom and your power. We European citizens would like to be able to count on democracy so that our representatives do not instrumentalize the power they hold, to impose a deadly ideology against our conscience, and any democratic process.

The defense of life is mobilizing EU citizens at every level, any person commited for a common wellbeing and future of Europe. The foundation of our continent is based in the respect and dignity of its population, thus we must aspire for a truly humane Europe, and plead for the protection of every single human life.