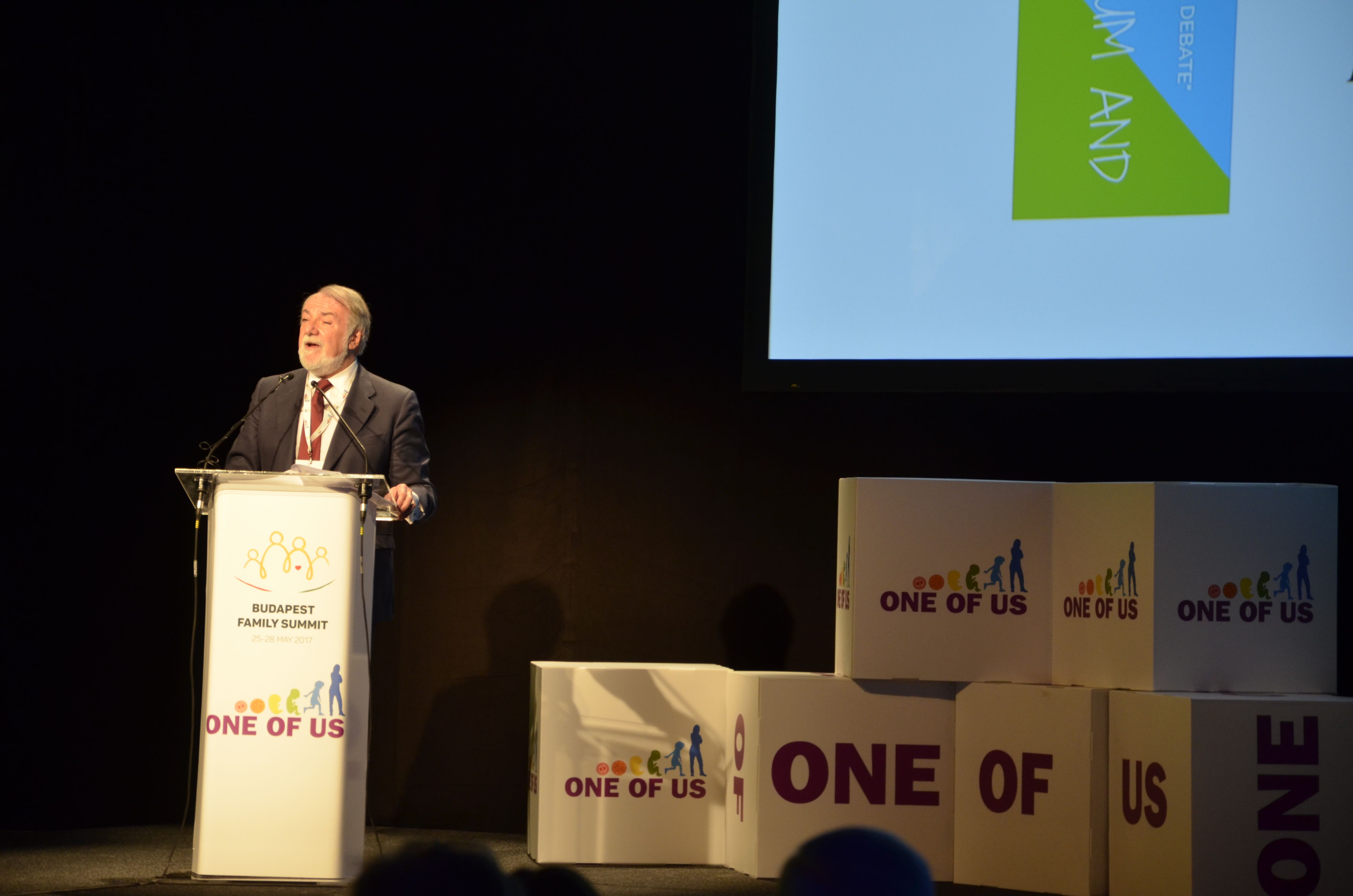 On May 27th, Budapest gathered around 600 representatives of life-support organizations from all over Europe at the II European Forum of One of Us, with the main goal to show the support of many Europeans for the policy developed by governments such as Hungary or Poland in favor of life, family and motherhood.
Jaime Mayor Oreja, President of the Federation One of Us, affirmed that “The crisis we experienced started the day abortion became law: from there, the doors open to the imposition of gender ideology  and all those trends that attack the person and the values ​​of true humanism.  Here we are the ones that do not resign ourselves, we come to look at the roots of the crisis and to face them.”
María San Gil, former deputy in the Basque Parliament and a member of the Values ​​and Society Foundation, said: “Today we defend that life is not the heritage of any ideology and in its defense we have to be absolutely radical. The world has values ​​that deserve to be radically defended, that we do not use double meanings, double arguments, that we do not have complexes of any type and we defend them from the front, with truth and with forcefulness.”
The One of Us Forum concluded with a presentation of its vision of the future, in which the political and social context has changed, but values ​​and convictions can not be absent from the European and national public debate.
The Symphony of Life arrives in Budapest promoted by the European Federation One of Us
The

musical work, promoted by the Spanish association Symphony Orchestra and Choir JMJ, is a tribute to the French doctor Jérôme Lejeune, discoverer of the genetic cause of Down syndrome and great defender of life.
The composition has been made by the Spanish Carlos Criado and the Russian Kuzma Bodrov, and for its execution has required the presence of more than 300 musicians on stage.
In addition to the musicians of the JMJ Symphony Orchestra and their choir, the Children’s Choir of the Hungarian State Opera and the Vox Mirabilis Choir in Budapest have also taken part in the performance of the Symphony.
One of Us gives the II European Prize “A hero of the life” to the American doctor John Bruchalski
This year also gave the II One of Us’ A Hero of Life ‘Prize to the American doctor John Bruschalski, a former abortionist doctor, who currently runs one of the United States’ life- 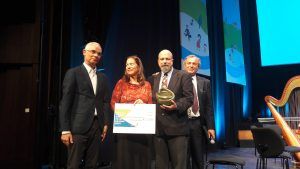 Dr Bruschalski spent part of his professional life promoting abortion until he felt a complete disregard for what he was doing: “I do not see happiness and joy in my clinic. More abortions means more broken relationships, more infections, more destruction, more bitterness” says the Hero of Life.

Dr. Bruchalski: “Doctors who continue to practice abortions would ask them if they believe that ending a life helps the mother. It is very hard for a mother not to worry about her son, and I would ask them if they really think that abortion is the best answer; If they do not believe there are better solutions, and if you are interested, contact me.”