One of Us to the European Court of Justice: do not let pro abortion Marie Stopes International cut short the open debate demanded by 1.7 European citizens 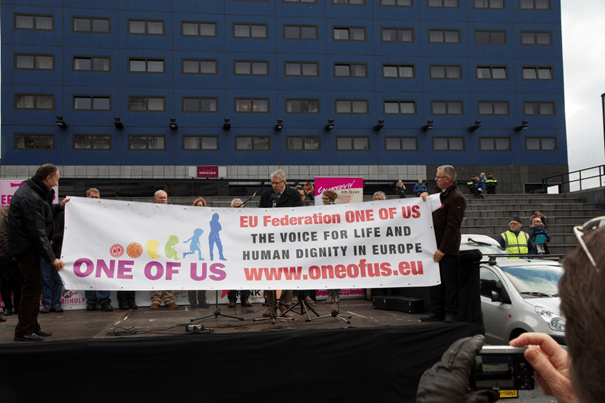 Today the One of Us citizens initiative (the initiative) that gathered over 1.7 million signatories stands again for the protection of human dignity and democracy. It has sent its formal request to the European Court of Justice to reject the ill-founded attempt by the pro-abortion organization Marie Stopes International (MSI) to cut short the possible debate on EU support to programs implying the destruction of human embryos, as it was demanded by the 1.7 million initiative signatories.

Marie Stopes International (MSI), the international organization supposedly promoting “Sexual and reproductive health services” – including abortion on demand – sent early April to the Court an application to intervene in the lawsuit that the One of Us Citizen’s Initiative launched against the European Commission after it was rejected.

In its response to the Court, the One of Us Citizen’s Committee indeed reminds that, should the Court grant the lawsuit a positive outcome, the only consequence would be to have a more open democratic and open debate on the dignity of the human embryo and the EU support to practises in research and foreign aid that imply their destruction.

One of Us formal response to the Court reads “the application of Marie Stopes International (MSI) is late and has failed to demonstrate an interest in the outcome of these proceedings. MSI’s application to be admitted as a third party intervener must therefore be rejected.”

Reminder about the context: following the European Commission’s refusal to provide an appropriate follow up on “ONE OF US”, the most successful European Citizens’ Initiative (ECI) so far, the organizers (the Citizens Committee) of the ECI have brought a formal action (case T 561/14) against the European Commission to the General Court of the EU. In their application, which was filed on 25 July 2014, they have demanded that the Commission’s reply to their initiative, which was issued as Communication COM(2014) 355 final on 28 May 2014, be annulled, and that the Commission be obliged to issue another, more appropriate reply to the ECI that was endorsed by 1.7 million Europeans.

The ONE OF US European Federation for Life and Human Dignity is an international non-profit, non-political and non-denominational Federation legally registered under Belgian law.

It is legal entity that strictly differs from the above mentioned European Citizen’s initiative and is composed to date by 28 national and local member entities providing care, counsel and advocacy free services to all throughout Europe.