One of Us Public Hearing in the European Parliament 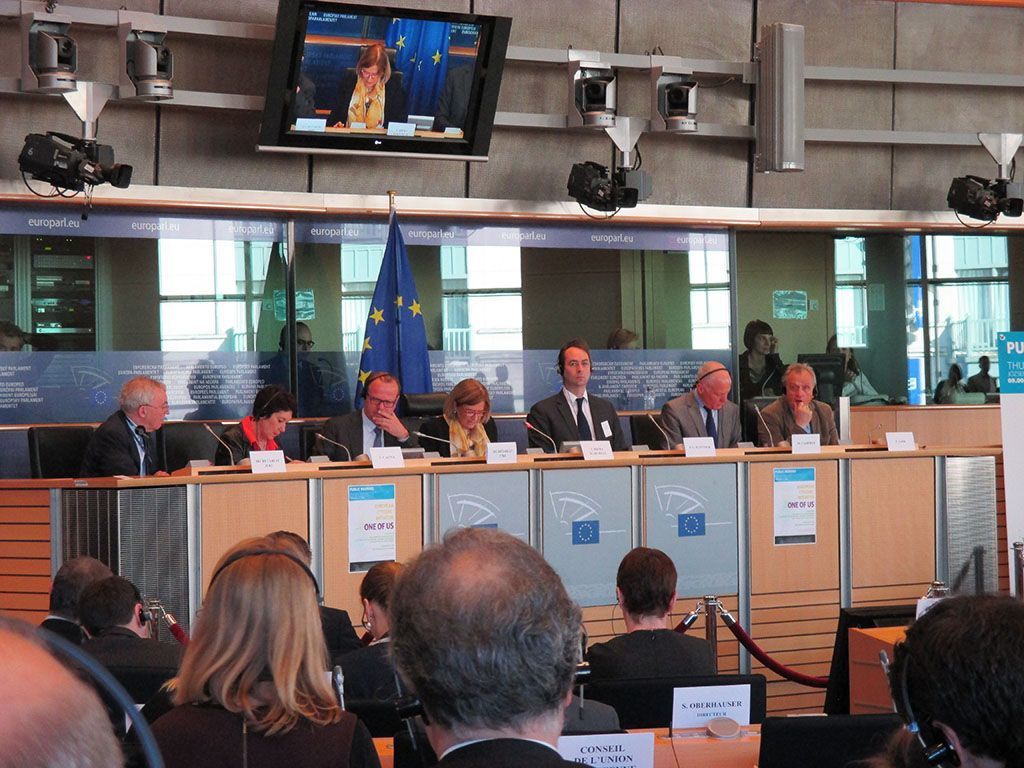 The public hearing in the European Parliament on the citizen’s initiative “One of Us” was a great success, with more than five hundred participants actively discussing about the dignity of the human embryo and the protection that he deserves on our societies.

Gregor Puppinck, president of the Citizens’ Committee of “One of Us”, began his explanation of the European Citizens Initiative (ECI) thanking the volunteers and the almost two millions that has supported us “This initiative has being carried by a large group of unpaid volunteers; and it has collected the support of huge crowd of European citizens, much greater than any other European petition”. All this work is already the success of our initiative that have managed to raise awareness widely in the European countries on human dignity and democratic values.

The aim of the “One of Us” ECI, was explained as “the integration of an ethic provision in the European legislation, excluding from founding any activities implying the destruction of Human lives” to ensure that “public money is spent on research projects that do not involve the destruction of human embryos.”

The introduction of the initiative was followed by a great and open-minded debate among the members of the Parliament, Commissioners and the representatives of “One of Us” on the consequences of the “One of Us” request on the society, on research and on development aid.

A great support from members of the European parliament from different parties was shown to the “One of Us” request and to the ECI procedure that permit to be closer to the citizens and to their views and concerns. In that sense Commissioner Geoghegan-Quinn concluded “This public Hearing is the proof of the success of democracy” “We will carefully study your request”. On the 28th May the European Commission should make public their opinion on the “One of Us” European Citizens Initiative.

All the European organisations behind the “One of Us” ECI are very happy of this wonderful campaign and success and of the opportunity that has been given to them to explain their ideas and to open the debate on the protection of Human life.

You can watch and listen the Hearing at the Parliament in your language using Internet Explorer at the following page:
https://www.europarl.europa.eu/ep-live/fr/committees/video?event=20140410-0900-COMMITTEE-DEVE-ITRE-JURI-PETI

Euthanasia : the counterexample of Belgian and Dutch laws
April 12, 2021

The slippery slope of euthanasia
April 7, 2021

Opinion of physicians and the general population on the legalization of Euthanasia and Assisted Suicide
April 7, 2021