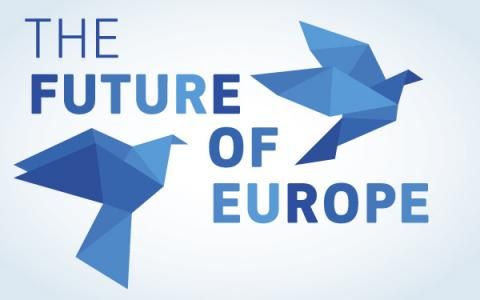 The Conference on the Future of Europe: a tool for citizen democracy

The Conference on the Future of Europe offers European citizens the opportunity to discuss Europe’s priorities and the challenges it faces. Presented as an ideal democratic tool to reflect on the desired future of the European Union, the platform is accessible to all European citizens.

The European Parliament, the Council and the European Commission are committed to listening to Europeans and to acting, within the limits of their spheres of competence, on the recommendations made therein.

Activity reports, regularly published, provide an overview of the general evolution of the conference at European level, about the multilingual digital platform, the plenary assembly, and the panels of European citizens.

ONE OF US singular role as mobilizer of citizens and organizations: our participation on the Conference on the Future of Europe

ONE OF US has its own roots and origin as mobilizer of citizens and civil organization when the first tool for citizens participations was launched in 2012 One of Us was the most successful ECI with almost 2MIO signatories.

Now One of Us is again in the ground of citizens mobilizations participating actively through the One of Us member entities and some others in this European consultation by contributing to this citizen platform with the aim of defending life and human dignity.

ONE OF US’ proposal on CoFoE is entitled “Protecting vulnerable human life: a value of Europe”. It defends the right to life and reminds the European institutions of the essentials: protecting vulnerable human lives, including human beings in the making, valuing life, explaining the indecency of claiming abortion as a fundamental right since it is a tragedy that destroys children and damages consciences.

In the latest report of the COFEU (Conference on the Future of Europe) published on March 17, 2022, the proposal of ONE OF US is at the top of the 1600 most commented proposals of the topic “Values and rights, rule of law”. Also, it is the most noticed and liked post with 190 positive comments and 244 approvals. Citizen supporters of ONE OF US are allowed to celebrate this success and congratulate themselves on this mobilization!

The success is major, especially since an unexpected difficulty was omnipresent: the platform presented numerous technical problems, which slowed down the progress of ONE OF US. Throughout the month of December 2021, the publication from ONE OF US was blocked and no one could support it anymore. COFEU’s technical department identified the cause: the publication generated too many comments and reactions. This technical problem, which had become a democratic problem, could not be solved by the technical service.

Despite this disadvantage, ONE OF US finished in the 1st position. Thanks to the mobilization of a large number of citizens, ONE OF US’s call to respect the dignity and life of embryos in the latest COFEU report.

Thanks to the proposal of ONE OF US, the ideological injunction to make abortion a value of Europe did not impose itself in the COFEU debate.

ONE OF US succeeded in drawing the attention of European institutions to the value of beginning human life.