No to the culture of death! We … “We remain human”

You are here:
AbortionEuthanasiaNewsOne of Us 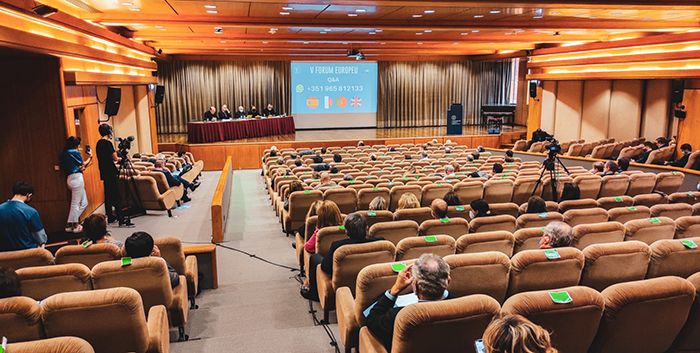 The child born of surrogacy is abandoned at birth, the Black Friday of the Biotexcom GPA in Ukraine, free MAP for women and trans in Spain, film festivals that reward abortion, obstacles to films such as “Unplanned”, referendum to be free to kill and legal cannabis.

To all this we respond in one way only: no to resignation! “One of Us, his Federation, his Platform of Thinkers, is more necessary today than ever.

One of Us is synonymous with enthusiasm, hope and above all tenacity and perseverance, and for this reason we want to say loud and clear: No to resignation, no to the culture of death! ”.

These are the words of Jaime Mayor Oreja, president of the European Federation for the Life and Dignity of Man One of Us at the conclusion of the V European One of Us Forum. Words that seem a response to the disappointment that proliferates in the face of the whirlwind of news that seems to cover us like a mass of debris. The girl born of surrogacy is abandoned at birth, the Black Friday of the Biotexcom GPA in Ukraine, free MAP for women and trans in Spain, film festivals that reward abortion, obstacles to films like Unplanned, referendum to be free to killing, legal cannabis … “We remain human, we remain One of Us”, it is said at this fifth Forum, a regular appointment of the Federation since it was founded in 2014.

The V Forum “One of Us” this year took place in Lisbon on Saturday 30 October, in the auditorium of the Catholic University, in presence and online, with participants from 25 European countries. 5 round tables, 32 speakers on the environment and integral ecology, Judaeo-Christian roots of Europe, threats to freedom in Europe, demographic balance. “Defending life: testimonies for the future of a Europe faithful to human dignity”, moderated by Soemia Sibillo, director of Cav Mangiagalli and member of the steering committee of Federvita Lombardia, was the round table dedicated to the testimonies that concluded the conference. Among the witnesses for Italy also Elisa Magalini of the CAV of Castiglione delle Stiviere (Mn) and member of the board of directors of Federvita Lombardia.

“After the pandemic lockdown, One of us brought together representatives of 30 pro-life and pro-family associations. The Forum highlights that there is a European associative movement concerned about these crucial issues for the future of Europe. One of Us asks to be heard by the European institutions so that the future of Europe is based on the real life of citizens, “said Ana del Pino, coordinator of the Federation. Domenico Coviello, Director of the Gaslini Human Genetics Laboratory in Genoa and member of the Board of the Italian Life Movement, summarized and highlighted the following points for the future of Europe in the conclusions of the Forum: rediscovering our European roots, bearing in mind that the real “enemy” does not come from without, but from within and is relativistic materialism; promote an integral ecology that primarily defends human life from conception to natural death; Redefine and defend freedom, in particular that of expression and conscience; promote active and real family policies.

Jaime Mayor Oreja also announced the organization of a conference to defend the Christian foundations of Europe, as part of the Conference on the future of Europe, which should be held next March or April in Brussels before the conclusions of the European Conference. . The conference will aim to free Europeans from prevailing totalitarianism, to present proposals and alternatives, to fight lies and seek the truth. The European Union was originally founded to bring peace and freedom. It is the truth, and not Europe, that will set us free. “Beyond mainstream fashion, beyond the brutal force of this media current, we have multiple reasons to defend the gift of Life as the cornerstone of our Western civilization.

The facts support us. When we despise the culture of life, truth, nature and the dignity of the person, disorder takes over our society in the political and social sphere. The history of the last decade of Europe, of the European Union, is the maximum expression of a social and political disorder “said the president of One of Us. The Forum concluded in Fatima on October 31 to consecrate all federated associations, their members, and their initiatives to Our Lady of Fatima. Pope Francis, in the message sent for the occasion to Isilda Pegado, president of the Portuguese Federation for Life, expressed “great gratitude” to the organizers and participants, promising prayers “so that the Holy Spirit will inspire you to go against the tide without adapting to cultural conformity dominant that tends to confine the human being to a temporal dimension, forgetting that he opens himself to the eternity of God “.