New offence of obstructing abortion: the repressive text back and voted by the French National Assembly 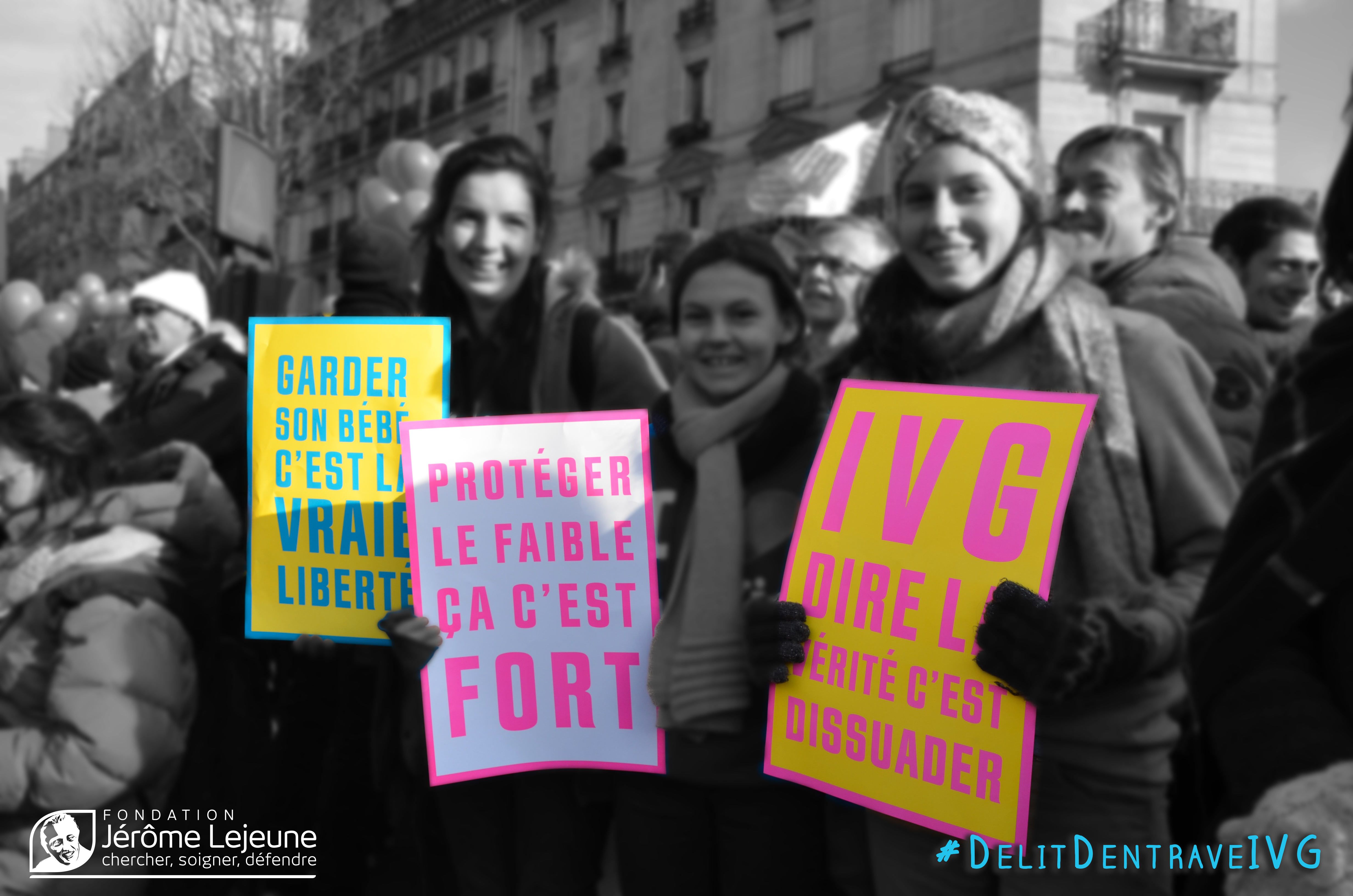 The French National Assembly has just voted this week the draft law concerning the offence of obstructing abortion.

Next round with the examination of the draft law by the Senate in February.

Will the parliament add to the law a 30 000-euro fine or two years of imprisonment for anyone considered to have exerted “moral or psychological pressure” on any woman trying to get information on abortion? In short, will it punish any person or organization giving out information on the reality of abortion. It will concern a lot of people, as the words “moral or psychological pressure” allows one to make extensive interpretations, and because objective information concerning the reality of abortion does, in itself, exert a form of pressure.

This dangerous provision caused thousands of young opponents to march down the streets on Sunday:

“We, Marchers for Life, still present in the street over 40 years after the Veil law was voted and for as long as it will be necessary (…), at a time when politicians are preparing their agendas for the country’s future, demand for this draft law on offence of obstructing abortion to be rejected. Through this freedom-destroying law, French political leaders are disregarding the right of a population made up of adult and reasonable citizens to be informed. They are violating women’s need to fully apprehend the action they are about to take. “ (Extract from Manifeste pour la Vie).

Faced with the complete lack of reaction from nearly all the country’s political and moral leaders, Jean-Marie Le Méné, president of the Jérôme Lejeune Foundation and vice-president of the Walk for Life, wishes to remind people what is really at stake:

“to give out information likely to dissuade someone from carrying out abortion becomes a criminal offence punishable by a fine and imprisonment. Not in mainland China under Mao, but in France in 2017. I am not sure everyone has realized the seriousness of the meaning of this crime sanctuarization and of the presumption of guilt for anyone opposed to abortion.”