MESSAGE FROM CARLO CASINI FOR THE III EUROPEAN FORUM AND AWARD “ONE OF US” – PARIS, 23RD FEBRUARY 2019 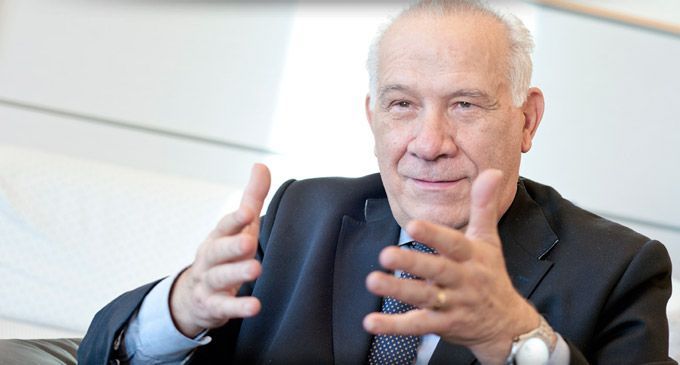 Dear friends of the European Federation “One of us”,

I am grateful for your appreciation, and precisely due to the trust that I have in your friendship, feel able to propose a new strategy and alliance for which the assigning of the “European award for life” to the mothers of Europe could be a beginning.  We need the numerous mothers of Europe to unanimously proclaim in one clear voice that, from their very conception, each one of their children is “one of us”.  Refusal to see the unborn child has been imposed by small groups of feminists who claim to speak in the voice of all women, but European mothers are greater in number and are the ones who guarantee the perseverance of the State and the future of history.

Women have reiterated, and justly so, their equality where the masculine population is concerned as maternity is a privilege which places women in a superior position to man when considering the path to common good and civil progress.  In Italy we have met many mothers who, in order to avoid hurting their children, have refused to treat their own illnesses.  Some of them passed away, and a canonical process of beatification has been opened for several of these women.  In other European nations there have been further heroic mothers.  All of them support “one of us” and everyone admires them, something they would not dare do if the unborn embryo were merely a clump of cells or lump of tissue as is hair.

Rather than be admired, their mothers would be taken as unhinged.  I do not, however, believe that the award should go to these heroic mothers, but rather to the normality of maternity.  The vast majority of women are mothers or wish to be mothers.  They accept the distortion of their bodies, the pain of childbirth, something that men would not be willing to accept to achieve any objective, no matter how valuable it were to be.  It is obvious that the great majority of women recognise the unborn embryo as “one of us”.  What is more, pregnancy can be interpreted as an intimate and unbroken embrace which lasts for many months.  It is the seal of the love which is stamped on the very beginning of human life, and which maintains its bond throughout the entire lives of both the child and the mother.  These considerations place the mother a rung above man.  The historical path to equality has almost been achieved on a social and family level, but this female privilege helps all humanity to walk with greater alacrity towards peace.  Despite its symbolic nature this award is fitting to our times, times when there are concerns about the decline in natality, and being the eve of International Woman’s Day.

With warmest regards to all present.