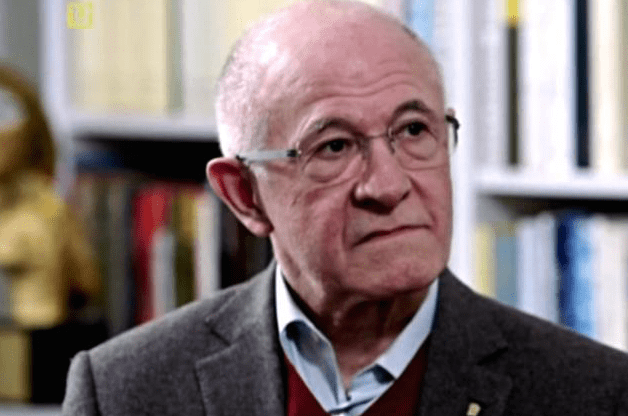 Cultural Platform “One of Us”

For a Europe faithful to human dignity

In the past few decades, Europe seems to have lost its moral compass. Numerous signs of hopelessness are apparent. It is less a matter of competing visions of Europe than of a deep moral crisis that threatens its survival as a civilisation. The question is whether this crisis is an opportunity for rebirth or a sign that Europe is coming to an end.

Europe has, for many years, pledged allegiance to the three established legacies of Greek philosophy, Roman law and the biblical religions: Judaism and Christianity. To this must be added two creations specific to Europe: modern science and the acknowledgement of fundamental freedoms. Without these legacies, neither European culture nor its great artistic creations are intelligible. It is not surprising that the University has been one of the highest expressions of European civilisation, its great cultural institution. Europe’s greatness, its shared mission to its peoples and nations, stems from these three legacies and its two great creations.

It is also in this spirit that certain founding fathers of the European Community acted, with the aim of rendering war in Europe impossible. It is in the same spirit that today [the federation] One of Us seeks to defend life while opposing certain abuses that are present in the European Union.

Europe’s possible demise will be because of its betraying itself. In fact, the current crisis arises from a decline in these five constituent elements of its identity.

1/ Philosophy has been doubly impacted: the denial of its true definition as the search for truth, and its replacement with other forms of research, in particular scientific research, which are undoubtedly worthy, but they are different.

2/ The spirit of Roman Law is giving way to legal positivism that claims that any item can be considered law if it takes the form of rule of law approved by a majority vote and over an “alternative use of the law”, which benefits political and ideological interests.

3/ Radical and militant secularism is spreading and is the source of a form of “Christophobia”. We are not only discrediting our Christian faith and values but also Christianity’s contribution to European culture, when in fact, Europe clearly owes it the vast majority of its art, its thinking and its mores.

4/ Science is not immune to risks either, among them a disrespect for pure science, relativism and the idolatry of technology.

5/ Rule of law has difficulty defending itself from its own mistakes but also against totalitarian regimes and demagogic powers, and against the actions of those who seek to impose their demands through revolt and violence.

There are plenty of signs to confirm this analysis. Among them are declining birth rates, the crisis of the family unit and of marriage, denying the cultural identity of Europe and its integral elements, the rise of relativism, multiculturalism, attacks on freedom of conscience and freedom of expression, denying the meaning of life, denying the objectivity of principles and moral standards, social acceptance of abortion, euthanasia and other acts against human dignity,

living environment, war and child labour, denying the feeling of pain which is regarded as the supreme evil, hiding from death, contempt for man as a unique and responsible being and the spread of atheism. In short, the dehumanisation of humanity.

The symbol of Christianity

These facts — the spread of atheism and its consequences, the denial of what is most sacred about the human condition — , more than signs, are the main causes of a crisis that is only possible to overcome by recovering the meaning of the threatened great realities: philosophy, law, religion, science and the guarantee of fundamental liberties.

Among the contributions of the biblical religions, and particularly of Christianity, to the development of the European spirit are the idea of a personal God and love as the essence of God, the idea of the individual and its dignity, the meaning of creation, the hope of a full, eternal life, man’s freedom and responsibility (in connection with classical thought), the idea of conscience or subjectivity and of the primacy of the interior life where truth resides, meekness and the general precept of love, the development of ideas of sovereignty of the people, freedom and human rights.

The Enlightenment, modern political regimes and the mathematical nature of science could only have developed and flourished in the place where Christianity influenced peoples’ minds and institutions. What we are worried about is not, therefore, Modernity, only its isolated part, which perhaps currently dominates. Our enemies are not freedom, reason and science, but despotism, the irrationality of unreserved emotion and ignorance. Many people complain about the ills they are prey to, but they continue to destroy, perhaps without realising, what could alleviate those ills. They complain about illness while undermining its possible treatment.

What we seek to achieve

At “One of Us” we seek to contribute to Europe’s recovery as a positive moral force through re-establishing basic principles and fundamental values.

Europe must recuperate the path of the supremacy of the spiritual over the material and of excellence. It must leave behind the path of false egalitarianism and of relativism. One of the keys to this lies in education reform, which has to recover, become stronger and communicate the benefits of European civilisation.

Material possessions that are necessary for life must be for the benefit of the common good. Europe’s own system is the social market economy. This will always be preferable to collectivist systems, as long as it believes that the laws of the market cannot be applied to all areas of community life.

There are plenty of realities and properties, of which the Romans are already aware, that are beyond trade.

Our efforts are directed at awakening the European consciousness, based on the common spiritual and cultural heritage upon which Europe is built and a mutual allegiance to basic human rights. For this purpose, we seek to heighten awareness of public opinion and we will adopt positions on the most relevant issues raised in political life as well as in public debates.

We will direct our thoughts and acts more specifically to the following priorities:

The right to life depends on merely belonging to the human species, not circumstantial factors such as age, sex, level of development or the possession of certain abilities. The human embryo contains the genome characteristic of our species, with characteristics

that make it a unique person, irreplaceable and different from its mother and father. From the moment of conception, a new human being is created, and this human being develops in a continuous, coordinated, gradual and independent manner, as long as there is nothing to prevent it.

One of Us will defend the life of the unborn with proposals that, depending on circumstances, will ensure greater protection for human life from the moment of conception right through to natural death.

In the same way, One of Us will ensure that we respect human genetic identity. It will oppose gene editing in human embryos that are aimed to “improving” or giving the embryo certain characteristics, particularly when these procedures have not attained the minimum security required by medical ethics. The latest news regarding gene editing interventions on human zygotes makes taking a standpoint urgent.

The protection of human life is also weakening at the other end: old age, disability and incurable diseases. One of Us will fight against the legalisation of euthanasia and therapeutic determination. It will, however, promote palliative care that respects the life of the person in the terminal stages of an illness.

The dominant trend in Europe today is the decline in marriage as the foundation of the family. The “progressive” orthodox defends and promotes the “emergence of new family models”. We believe, however, that we are experiencing a crisis in the family unit, which could have very harmful effects for the future of our society.

One of Us stands against marriage redefinition (today the introduction of same-sex marriage, tomorrow polygamy, etc.) and supports measures directed at protecting the family founded on marriage between a man and a woman.

-Encouraging birth rates and raising awareness of the “demographic winter”

A natality rate substantially inferior to that which enables the replacement of generations will lead the continent to socio-economic decline, render the Welfare State unsustainable in the long term and if prolonged indefinitely, will lead to outright extinction.

One of Us will support the measures aimed at encouraging birth rates. We will also raise awareness in European society about the seriousness of the demographic winter.

Humanity is composed of men and women. The so-called “gender ideology”, however, claims to substitute the biological notion of sex for the cultural category of “gender”, which would be constructed and standardised. This ideology, which lacks any scientific basis and overrides one of the main anthropological pillars (single-sexed humanity), hopes to dominate as an educational model.

One of Us will work to prevent this from happening; it will promote an integral sex and emotional education that respects families’ moral convictions and does not result in the premature sexualisation of children.

We are dangerously close to a dictatorship of the “politically correct”. A new oppressive orthodox which, paradoxically, coincides with the most extreme intellectual and ethical relativism, is stifling freedom of debate in universities, parliaments and the mass media all over Europe.

One of Us defends freedom of thought, expression and education in all areas of European cooperation and will condemn, wherever this occurs, the spurious use of

false “hate crimes” or the prohibition of “discrimination” as a tool of intimidation and ideological harmonisation.

So-called “surrogacy” implies the objectification of the pregnant woman, who is reduced to an impersonal “vessel”[uterus], and the commercial exploitation of reproduction (wombs for rent).

For this reason, One of Us defends outlawing surrogacy, while promoting legal alternatives for couples (men and women) with difficulties having or carrying a baby, such as adoption. It will also oppose the eventual manufacture of artificial uteruses as an alternative to natural reproduction.

-Developing the potential of human nature

It does not make sense to cause such an alteration when so many aspects inherent to human nature as it already is need to be promoted. Hence, the development of solidarity, respect of others, improving living standards, particularly in developing countries, the fight to improve health, education and everything that contributes to our well-being, etc.

One of Us is opposed to so-called “transhumanist” projects: genetic modification of the human embryo, the creation of the “superhuman” in a laboratory and human cryogenisation. These practices could imply the end of the unity of humankind —

which would then be divided into several human species with diverse abilities — and even lead to the end of humankind as we know it.

Thus, One of Us seeks to promote human life in all its dimensions by restoring force to the principles and ideals that enabled the birth and continuation of European civilisation. We are more focused on enthusiasm and hope than on unhappiness or even suffering. We seek a just order and serenity amidst the disorder and agitation. We seek light in the darkness.