You are here:
BioethicsNewsSurrogate Motherhood 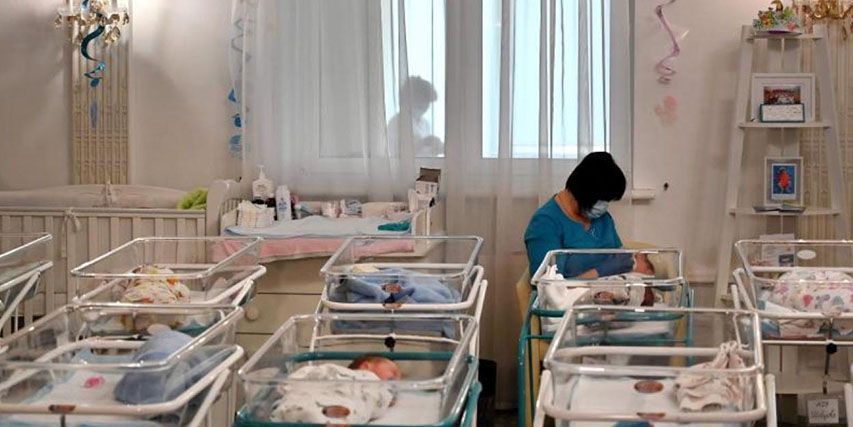 Lithuania has declared the business of surrogacy contrary to the dignity of women and children.
While  in some countries  a revision of the laws is demanded to accept surrogacy, and while the different jurisdictions increasingly accept the fait accompli when carried out abroad, Lithuania rebels against this practice and declares it radically contrary to dignity
The Lithuanian Parliament, called Seimas, has adopted by an overwhelming majority of votes (54 to 4, with 3 abstentions), a
Resolution condemned all forms of surrogacy. Drafted by Christian-Democratic deputies, this text has received the support of members of the rest of the parties, especially the Greens and the Social Democrats.
Contrary to current law the resolution states, above all, that this practice is contrary to numerous international treaties: the that prohibit the sale of children, trafficking and slavery; those that guarantee the rights of women, especially against the exploitation of their reproductive organs; those that protect the rights of children or regulate parentage, adoption or biomedicine.
It also recalls various resolutions of the European Parliament and international reports that highlight the violation of the dignity of the women and children involved, who are treated as merchandise,
Lastly, the Lithuanian Parliament calls for the ban on surrogacy, also relying on Lithuanian law Radical difference with adoption. The Parliament insists on the the difference between adoption, which aims at the interest of the child and to remedy an existing painful situation, and surrogacy, which focuses on the desire of adults to “have” a child conceived for this purpose and which involves deliberately ending It also observes that the division of motherhood in its genetic, biological and social dimensions, as well as the multiplication of people areas that claim rights over the child lead to chaos and legal insecurity
Reproductive tourism
The Seimas also highlights that all the attempts made to control surrogacy have only encouraged reproductive tourism and the exploitation of women in the Poor countries. It insists on the fact that this practice – whether clearly commercial or supposedly altruistic – constitutes a modern form of slavery and human trafficking, and should not be justified at the legal level, nor at the ethical level.
Parliament concludes that only the full and definitive condemnation of all forms of surrogacy makes it possible to eliminate this practice that violates the rights and dignity of man.
Consequently, it calls on the President of the Republic, the government and the Minister of Foreign Affairs to condemn all forms of surrogacy, and calls on them to take effective measures at the European level, the Council of Europe and the European Union, to that this practice be prohibited as a form of trafficking in women and children, and that States be free to reject the recognition of false affiliations established abroad on the basis of surrogacy.
Seimas also requests that strong sanctions are imposed on all those who take part in international surrogacy contracts, including medical and legal agencies and intermediaries
At the international level
The Lithuanian Parliament has tabled very concrete proposals at international level.
Recommends to submit to the Secretary General of the United Nations two amendments to some treaties in force. According to the first, the optional protocol concerning the sale of children, Child prostitution and child pornography expressly recognizes that surrogacy constitutes a case of the sale of children.
The second would incorporate into the Convention on the Elimination of All Forms of Discrimination with regard to women the obligation to take all necessary measures in order to ban this pratice of surrogacy

Finally, the MEPs ask the Council of Europe to open an investigation into the violation, by some Member States, of the commitments acquired in accordance with the European Convention on the legal status of children born outside the marriage.

Call for international action
It is the first time that a European national Parliament has become aware of the seriousness of violations, not only of international law, but even more of the rights and dignity of women and children generated by surrogacy, by which proposes concrete measures to prohibit said practice.
Contrary to the Hague Conference, which strives to make surrogate motherhood accepted by regulating it, the Seimas has understood that there is no difference in nature according to the modalities considered and that regulation aggravates the problems of poor countries. time to launch international action to ban surrogacy.
Indeed, after several years, various countries that provide children have taken severe measures to prohibit, or at least limit, this practice, and different international bodies have warned about the violations of rights that it entails.
On the sale and sexual exploitation of children, Ms de Boer-Buquicchio dedicated her 2018 report to the sale of children in the framework of surrogacy.
The European Parliament began to raise the problem in 2011, condemning this practice, which constitutes an exploitation of the female body and its reproductive organs, on various occasions. For its part, the Parliamentary Assembly of the Council of Europe, despite pressure groups and after lengthy debates, in 2016 rejected a project report and recommendation whose aim would have been the admission of surrogacy.
The concern of Lithuanian MPs converges with that of their counterparts in other European countries. Thus, after the scandal of babies born by surrogacy blocked in Ukraine, the Swedish deputy Alexander Christiansson submitted at the end of June to the Committee of Ministers of the Council of Europe a written question, cited above, based on the European Convention on the legal status of children born out of wedlock, a convention that provides that “the maternal affiliation of each child born out of wedlock is established by the mere fact of his birth”, as happens for the children of a married woman. However, Ukraine inscribes the woman “who entrusts the child” as mother on the birth certificate,  violating European law.
Last July, the information mission on the adaptation of French family policy to the challenges of the society of the 21st century presented a report (n.3168) to the National Assembly.
The deputies call for an international action with the aim that the countries that authorize surrogacy do not grant the benefit of this mode of procreation to the citizens of the countries that prohibit it.
The deputies underline the existence of a certain consensus at European level, given that a large part of the neighboring states of France – Germany, Spain and Italy – prohibit surrogacy.
At a time when, despite undeniable international awareness, many governments remain undecided due to heavy pressure and the highly lucrative nature of this market, the expression of strong political will can be decisive for abolishing surrogacy.
Let’s hope that the movement that has started will drag down other countries and lead to the eradication of this practice, which undermines the dignity of women, motherhood and the conversion of children into a mere product of the market.