LIFE IS AT RISK! Enough of laws against life and human nature! : Madrid 26 June 2022

The pro-life demonstration on June 26 in Madrid at 12 noon, which plans to record the great resistance in Spain but also in Eurppe against the reform of the Abortion Law promoted by the Spanish Government and the proabortion agenda proposed by the European Parliament following the manifestation of Mr Macron to design the abortion as a new right  and include this new and false right in the Chart of fundamentals Rights of the EU, continues its journey.

With the slogan LIFE IS AT RISK! Enough of laws against life and human nature! The Federation ONE OF US together with more than 200 civil society organizations decided to celebrate this  great concentration in Madrid

Demonstration Manifesto, has Six Powerful Reasons to Flood the Streets with Protests Against Abortion Reforms.
1. Stop the project
Stop the project, of a totalitarian nature and social engineering promoted in Spain and at EU level which is manifested in its legislation, political and parliamentary practice.
2. Defend human life and dignity
Defend human life and its inherent dignity in all its stages, from conception to natural death. For this decisive reason and appealing to that dignity, we oppose the current legal regulation on abortion, euthanasia, assisted suicide, experimentation with human embryos and any attack against the protection of human life.
3. Express the most absolute repudiation
To express our absolute rejection of the new reform of the abortion regulation in Spain that – without waiting for the decision of the Constitutional Court on the current regulations – approves the abortion decided by minors between 16 and 18 years of age without consent, not even the knowledge of their parents, and eliminates the requirement of informed consent. We are facing one more cut, of those that have been taking place, of totally unacceptable and dangerous parental authority.
To express our absolute rejection to the EU members proposal to regulate abortion in all the EU countries following Mr Macron proposal to include abortion as a right in the Chart of the EU Fundamental Rights
4. Report irresponsibility
Denounce the serious irresponsibility that uniting the practice of abortion of minors means, with the suppression of what was already a diminished and limited period of reflection.
5. The limitation of conscientious objection
Reject the limitation of the right to conscientious objection of the law, which requires the official designation of objectors, with all that discrimination for their professional life entails before the current political direction of public health.
6. It is not a government mission
To proclaim that it is not the Government’s mission to shape the consciences and morals of its citizens, nor of our young people and children, nor what is true or false in the field of science, history and philosophy. The Government must arbitrate and moderate, but it cannot be, at the same time, referee and player. 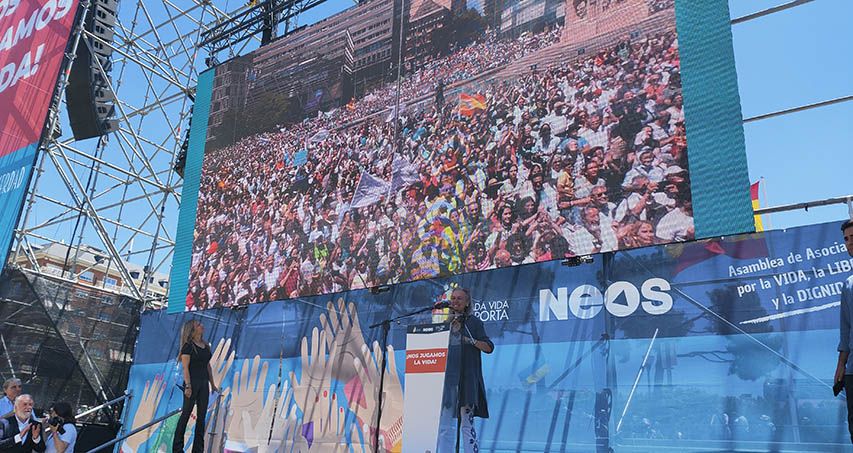 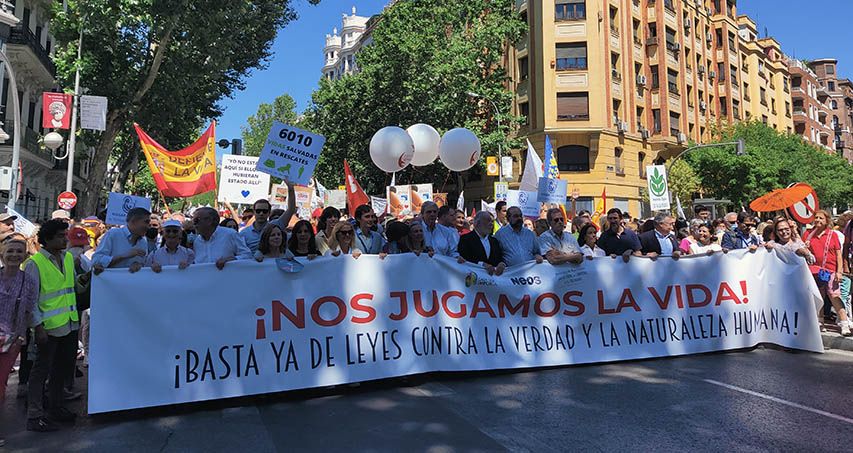 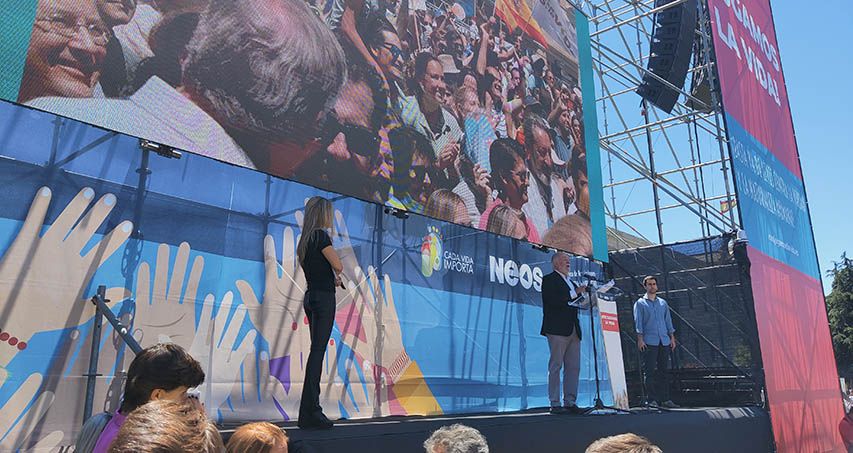