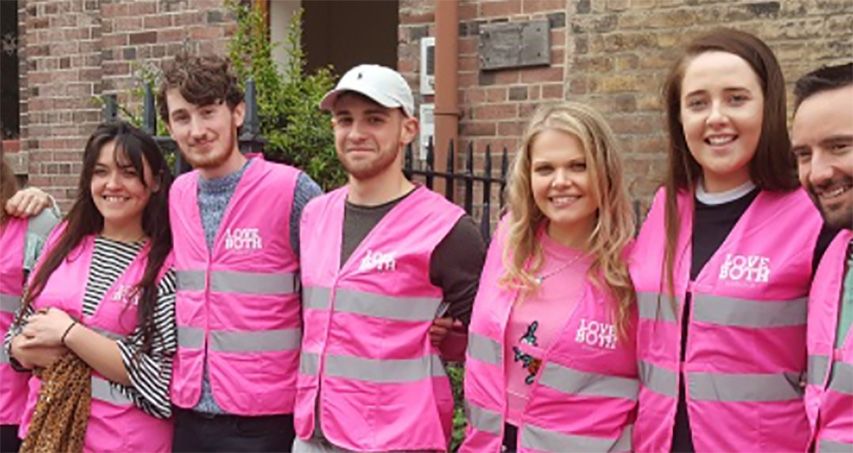 The Irish Pro Life Campaign (PLC) made a submission to the Joint Oireachtas Committee on Health in relation to the Bill that the Committee is considering on exclusion zones outside abortion facilities.

The bill seeks to prohibit peaceful pro-life vigils in the vicinity of abortion facilities, establishing an exclusion zone of 100 metres in radius around “all healthcare premises” in the country, including outside all GP clinics, despite the fact that close to 90% of GPs are not providing abortions.

The Pro Life Campaign submission describes the proposed new law as “a deliberate attempt to criminalise the peaceful conduct of citizens who hold views which oppose abortion”. They also described the bill as “wildly disproportionate”.

The bill proposes prison sentences and/or fines of up to €25,000 for anyone in breach of the proposed new law.

The PLC submission says that due to the bill’s broad scope and the extent to which it infringes on freedom of expression and freedom of assembly, it will “most likely not withstand a challenge before the Irish courts or before the European Court of Human Rights” in the event that it becomes law.

The submission also takes issue with the Minister for Health Stephen Donnelly for ignoring the advice of the Garda Commissioner that such a new law was not needed to protect public safety and for instead relying on pro-abortion advocacy groups for advice, even going so far as publicly thanking them for ‘informing the development of legislative proposals’.

The submission states: “For the Government to set out alleged risks of pro-life demonstrations without the presence of an underlying evidence basis is a very significant oversight. That policy intending to criminalise certain behaviour is being formulated with an absence of evidence is troubling and indicative of prejudice.”

It also points out that no similar law exists at a national level in any other country of the European Union.

Pointing to the sweeping nature of the Bill, the submission states: “Under the proposed legislation, if a person (friend, partner, family member etc) accompanying the woman for an abortion revisited their conversation outside the abortion facility on whether to proceed with the abortion, the person accompanying the woman would be in breach of the law for expressing an opinion on the matter,  highlighting the absurdity, unforeseen consequences and ill-conceived nature of the law.”

Commenting on the group’s submission, Eilís Mulroy of the Pro Life Campaign said: “Freedom of expression and assembly are cornerstones of democracy and international human rights law. Our submission to the Health Committee sets out in detail why the bill on exclusion zones is a draconian, discriminatory and totally unnecessary proposal in response to pro-life citizens holding peaceful vigils in the vicinity of abortions facilities. It seeks to single out pro-life people and criminalise them is a totally unfair and prejudiced way. The Government is prioritising this unjust bill while ignoring the issue of Ireland’s spiralling abortion rate. It is a scandal that women contemplating abortion are not being offered even basic information prior to the abortion, about alternatives to abortion or the range of practical supports available. She affirmed that : “We will oppose the bill on exclusion zones every step of the way and we encourage everyone who believes in civil liberties and basic freedoms to join us in ensuring this discriminatory bill never becomes law.”

The One of Us federation denounces the limitation to the rights of freedom of expression and demonstration that extends in European countries when it comes to defending a fundamental right: the right to life. The abortion business is put before the exercise of freedom of expression.
Read more.
Categories: Abortion, NewsOctober 25, 2022
Share this post
Share on FacebookShare on Facebook TweetShare on Twitter Share on WhatsAppShare on WhatsApp