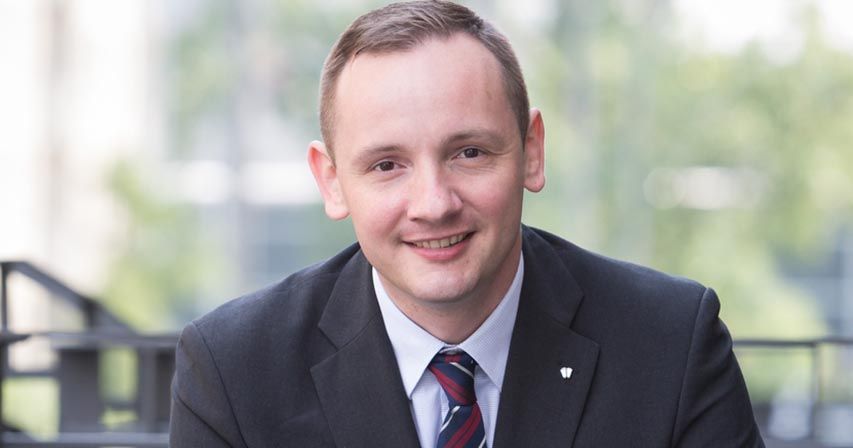 1. What is the pro-life movement in Poland doing?

I believe polish pro-life movement is not very diffrent from those you see in other countries, even though our law is more life friendly. If you ask for our regular work, here in Poland – similar to the US – have two types of pro-life organisations (as seen in Uunplanned): “Warriors” who protest in from of hospitals that comitt legal abortion and “Caregivers” (who I idetify with closer) that runs all of aid activities for woman and families in crisis before and after a birth of a child. When it comes to political action, let me give you a bit of a background: from 1993 when abortion was limited in Poland only to 3 cases: 1) When health of life of mother is endangered; 2) when pregnancy is a result of a crime (rape etc) and 3) when there is a serious suspicion of leathal illnes or derious disability (eugenic abortion). There was a short time in 1996/97 when abortion was allowed due to “social situation” but it was ruled unconstitutional. Roughly from 2000’s we see a growth of anuall abortion numbers from 3rd exception (eugenic) and last year this exception was responded for more than 90% of so called “legal” abortions (2019: 1116 abortions included 1074 eugenic abortions). The reason is simple – when prenatal tests are done, a suspicion (not hard proof) is more than sufficient to abort a baby. Moreover the age of a mother (above 35) may be a premise as well. So we see every year a growing rate of eugenic abortions as the definition got broader and broader and allow more and more babies to be killed. Several citizens initiatives were introduced to ban or limit abortion with the last one gathered 800.000 signatures (in a country of 38 millions citizens) called “Stop Abortion” which was to to so called Parlaiment freezer – a parliamentary comission that supoose to work on this project but did noy gateherd even once. Pro-life MP’s took action and 119 of them submit in december 2019 question the the Constitutional Tribunal wheter eugenic abortion is constitutional. It took the Tribunal 10 months to schedule a hearing. On a Feast of John Paul II, 22.10 the Tribunal ruled: eugenic abortion is unconsitutional and ordered publication (as only after publication it becomes the law) with the deadline of November, 2. And almost right away the pro-choice protest started.

2. What have the recent protests looked like?
My great concern is about a pandemic – people that protest are often minor or very young, I really do hope that they will not transmit COVID to the loved ones and we experience almost the highest daily increase of cases in these days. The protest were very vulgar (the main slogan of so called “Woman Strike was “Get the fuck out” and fuck Law & Justice which is a rulling conservative party). From day on in the name of “freedom for our bodies” more and more politicians use the protest as their platform to fight the ruling party. Postulates shifted very quickly from “bring back the old law” to fully legalise the abortion up to a birth, resignation of the new government and new election. In social media we saw “a lighting” which became a symbol of protest, with great success among young people who were manipulated into believing that they fight for some Human Right. Things escalated very quickly into crime: destroying churches (spray painting etc) and disrupting Holy Mass by protesting during the service (lets pray for right for abortion for all). Some very conservative organisations started to protect churches in a military-like manner by creating cordon. Left wing media tried to heat up the atmosphere in any way possible, seeing a chance in a protests for Government collapse. At this point any rational dialogue was not possible, it was not about abortion any more, not about compromise, not about freedom. I think you know the picture. On the other hand we also see that the protest is “fashionable” among young people, who are tired of  COVID restrictions, who feel that they are a part of fight for freedom and don’t want to stay behind, to look old-fashioned – lots of these people do not have strong pro-life or pro-choice convictions, they were manipuated into thinking that they are a part of a historical revolution. The President who is catholic and many times publickly declared his pro-life stand panicked or felt that we need him to become a peacemaker and on last Friday (30 October) said that we need to back up and set up a new compromise that would allow for some eugenic abortions to remain legal. The intention was to allow abortion only for leathal cases when we are sure that the child will not survive more than hours, days after birth but ban for example abortions on Down Syndrom children. Unfortunately the proposal was badly written under tremendous pressure from the crowd and time. What is even worse is that the rule of the Constitutional Tribunal was not yet published although the deadline was 2nd November. It is clearly a very high violation of polish law and I am shocked that the Government decided on such a move. Can you imagine a situation where any Government disagrees with the rule of the Supreme Court of its country or is under tremendous pressure of a protest and decides not to publish it so it cannot become the law like the hearing and rule never happened? We are clearly in a deep political crisis and our conservative government is in a full panic mode. The rule must be published as soon as possible.
3. Are young Polish people predominantly pro-life or pro-abortion?

I would say neither. Abortion – as cleary seen in current protests – is used by extreme left for cultural revolution, became a kind of a symbol that has to succed to change social structure and mentality. Poland is one of a very few countries in Europe with still strong christian and conservative values and some people simply cannot stand that as they hate everything that represents these values. Why after Tribunal rule churches were destroyed with vulgar words? If you look at countries like France, Spain, Ireland or Malta – 1 or 2 generations ago they were as christian and conservative as Poland and what happend? 25 years ago in catholic Ireland even divorce was illegal… This is a revolution and Tribunal rule was a good moment to introduce it to our country.

Coming back to your question, I think when it comes to involvement of young people on the left side of the political spectrum we see more engagement in the LGBTQ topics then pro-choice movements (although both support each other). On the pro-life side, it is very attractive to become “pro-life wariorr” than to work and help woman and families. I am not very happy with that, but with our work as Federation and Foundation I try to attract people to become “caregivers” rather than “warriors” as it is much more needed and in my opinion it builds true civilisation of life.

4. What does the Polish president backing down mean for the movement?

The President’s proposal is now in the Parliament, the Health Committee will be working on it . Due to the recent protests and panic, the plenary session of the Parliament was pushed until November 18-19 where we expect to be voted. As I said, I respect Mr. President that he is looking for a solution and ending the current crisis but his proposal is very poorly written legally speaking. We will try to convince the politicians that the proposal should be rejected in full and we should not work in such a delicate manner as the life of an unborn child under pressure of time and emotions. If this will not be possible we do our best to introduce to this project some of our ideas that would really improve situation like for example introducing to our public free health care system a concept of perinatal hospices and a duty of informing woman that she does not need to choose abortion but hospic and palliative care for her child. This will give her or his short life a possibility to pass away without any pain, possibility to be held by the parents who can say their goodbye’s and a proper funeral. Child is not a medical waste, if we cannot do anything for her or him to survive at least give them dignity of painless human death.
5. What are the pro-life movement’s next steps and goals?
Short term goal is to manage a current crisis caused not only by the protests but also by not publishing the Tribunal rule and President’s proposal. We still hope that the rule will be respected in it’s entirety but if politicians decide that compromise is required, all we can do is to try to introduce some proposals of the pro-life site as I mentioned before. We really hope that situation will calm down and left wing extremists stop using abortion for cultural revolution. No, let me rephrase that as I don’t believe that they are willing to stop trying. But at least they should stop this during the pandemic as the lives of protesters and their families are endangered. On the other hand our main long term goal is to build a culture of life and in Poland it’s needed especially for families who have children with illness or disabilities. If eugenic abortion will be banned or limited, we must prove that these families are well taken care of not only by us but by the State. We need appropriate financial support for them, we need easy access to rehabilitation, they need to feel safe and supported as raising a child with illness or disabilities may be challenging. If we want abortion – especially eugenic abortion – to stop, we must prove as a society, as a State that we take a good care of all our children and especially a vulnerable ones. Only then, I believe abortion one day will become – like slavery or racial segregation – a nightmare of the past times.
Categories: Abortion, Family, Life, NewsNovember 4, 2020
Share this post
Share on FacebookShare on Facebook TweetShare on Twitter Share on WhatsAppShare on WhatsApp