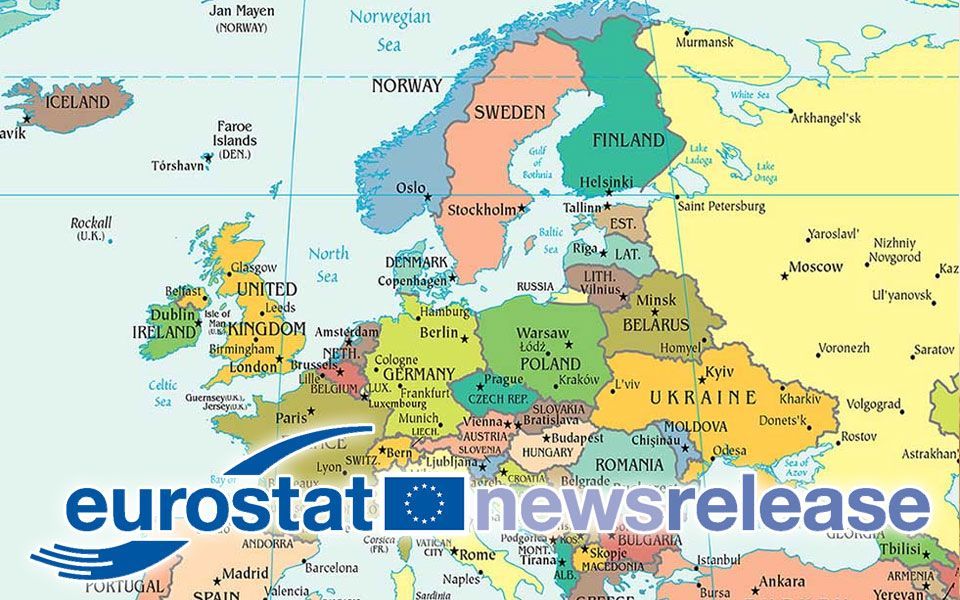 40% of children were born outside marriage in 2011

The current demographic situation in the EU27 is characterised by continuing population growth as well as by an ageing population. On 1 January 2012, the EU27 population was estimated at 503.7 million, a growth of 6% compared with 1992. Over the same period, the share of those aged 65 years or older in the population increased from 14% to 18%. As well as the population age structure, family structures are also changing, influenced by fewer marriages, more divorces and an increasing share of children born outside marriage.

This information comes from the Special Supplement on Demographic Trends1 to the EU Employment and Social Situation Quarterly Review, published jointly by Eurostat, the statistical office of the European Union and the Directorate General Employment, Social Affairs and Inclusion of the European Commission. The first part of the supplement is dedicated to recent and historical trends related to population changes and structures, while the other parts highlight topics such as fertility, migration, marriage and divorce.

Around three people of working age for every older person in Italy and Germany
The age structure of the EU27 population can be examined using age dependency ratios2, which show the level of support to the two dependent generations (under 15 years and 65 years or older) from the working age population (15-64 years). Looking at the young age dependency ratio2 in the EU27, this decreased from 28.5% in 1992 to 23.4% in 2012. During this period, the ratio fell in all Member States, except Denmark (+2 percentage points). In 2012, the young age dependency ratio ranged from 20% in Bulgaria and Germany to 33% in Ireland and 29% in France. 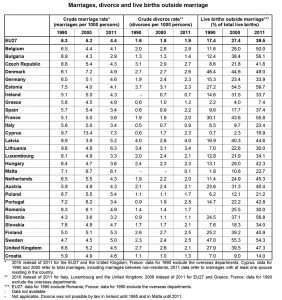