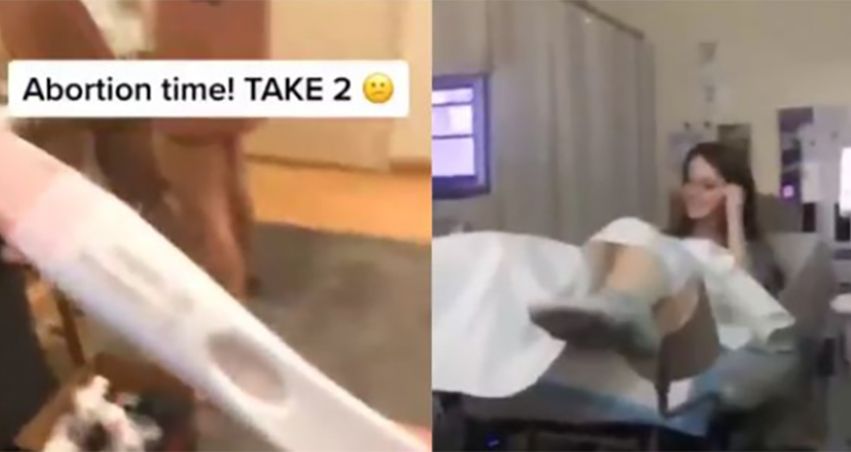 The heated debate on abortion is also spreading through social networks, which present many risks for young people. Videos with home methods to induce abortion are spread on TikTok; the social network promises to block them, but has to deal with strategies that continue to allow their viewing.

The debate on the right to abortion continues in the United States after the decision, in June 2002, of the Supreme Court to annul the landmark Roe v. Wade in 1973, which guaranteed the right to abortion. Internet is also in the spotlight, especially social networks. TikTok, the most popular social network among those under 18, had promised to block content that promotes bogus herbal remedies to induce abortion. In September 2021, TikTok had one billion monthly active users, 60% of which belong to Generation Z, according to data from the advertising agency Wallaroo Media. However, an analysis by NewsGuard, a site that fights misinformation, identified 102 videos promoting home abortion solutions that were still present on the TikTok platform on July 19.

These contents garnered a total of approximately 18.1 million views and 3.3 million likes. When the spread of home abortion content peaked in late June 2022, TikTok had pledged to remove videos promoting “natural” or “herbal” abortion methods. In mid-July, a TikTok spokesperson told NewsGuard that those videos violated the community guidelines and had been removed. However, during an analysis conducted in July 2022, NewsGuard identified 91 videos, 67 of which were posted after the Supreme Court’s June 24, 2022 ruling on abortion and 17 after May 2, when it was leaked. the first draft containing the opinion of the Supreme Court. Additionally, NewsGuard identified 6 videos from 2020 and 5 from 2021 promoting the same “remedies.” Since its publication, these contents have accumulated millions of visits.

Two of the reported videos were removed by TikTok after NewsGuard inquired about them. However, the other videos are still online and several of these contents have racked up thousands, if not hundreds of thousands, of views. For example, the one that begins with: «Foods that can cause an abortion», or the one that ends with: «Do you want to know a secret? Mugwort tea and vitamin C». NewsGuard’s investigation also found that one of the reasons TikTok remains a breeding ground for potentially dangerous abortive content is that the publishers of these fixes have implemented widespread strategies, such as the use of code words or spoofs. spelling to circumvent the moderation system of the social network. For example, replacing letters with special characters passes the check for keywords recognized by the platform. If the words natural abortion are typed, no content appears, while using natural abOrtiOn natural hundreds of links appear. Another strategy is to “hide” abortion advice within videos that deal with other topics, so that the main purpose of the content – disseminating information about abortion – is not immediately apparent.

However, NewsGuard also found that while searching for certain terms directly on the platform does not produce results, the same Google search allows users to bypass TikTok’s content moderation and freely access videos on the platform. For example, a search for “herbal abortion TikTok” in the TikTok app redirects to the community guidelines; searching for “herbal abortion TikTok” on Google redirects to a TikTok page displaying related content, allowing you to bypass platform monitoring.

All of this shows that the path to the systematic removal of videos that incite abortion on TikTok is still long and tortuous, and that, in general, the most popular social network among generation Z continues to present risks in terms of the violation of rights. people rights. We have seen it with political propaganda, commercial profiling (sending unauthorized promotional messages), and spreading information about COVID and war.