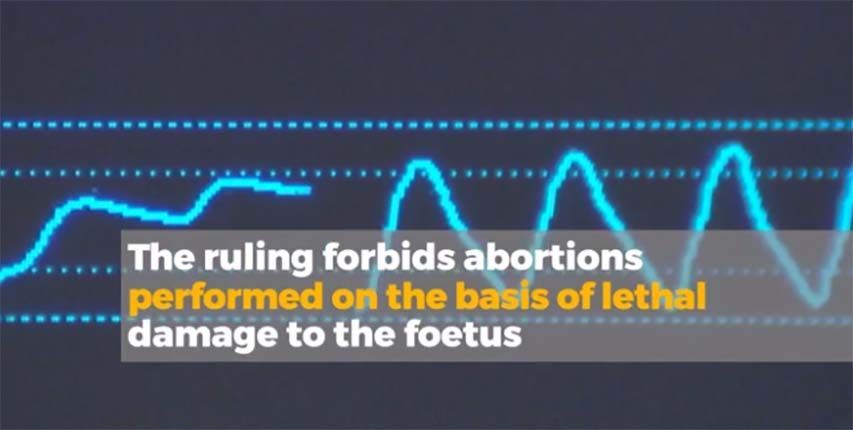 The Government Information Centre (CIR) announced it will publish the October 22, 2020, ruling of the Constitutional Tribunal on the protection of life. The ruling, in line with constitutional requirements, will be published after the written justification, in the Journal of Laws. The Constitutional Court ruling will become law after the publication.

The abortion judgement of the constitutional court ruled a part of the family planning law of 1993 that allowed abortions in cases of the unborn child being physically or mentally disabled to be unconstitutional. The ruling, sought by a substantial number of ruling party MPs caused the outbreak of mass protests across Poland against restricting abortion for women.

The justification of the ruling, including opposing opinions, was published on the Constitutional Court website on Wednesday.

“The Constitutional Tribunal has ruled again that a person has the right to live from the moment of inception. It has also ruled that each human life is of an equal value, there are no better or worse human beings, each human enjoys an equal right to live. Human life has the same value for a pre-born, a young and vital person and an elderly person. It is on this foundation of human civilisation that the Polish legal system rests. The eugenic premise of killing unborn children is irreconcilable with this foundation. Article 4 passage 1 point 2 of the family planning law is unconstitutional,” reads the justification.

The said law allowed for abortion in three cases, one of which allowed for the termination of pregnancy in the event of a high probability of lethal and irreversible damage to the foetus or an incurable disease threatening its life.

The law still allows for the termination of pregnancy in the event when it poses a threat to the health and life of the pregnant woman and also when the pregnancy is a result of an illegal act, i.e. rape.