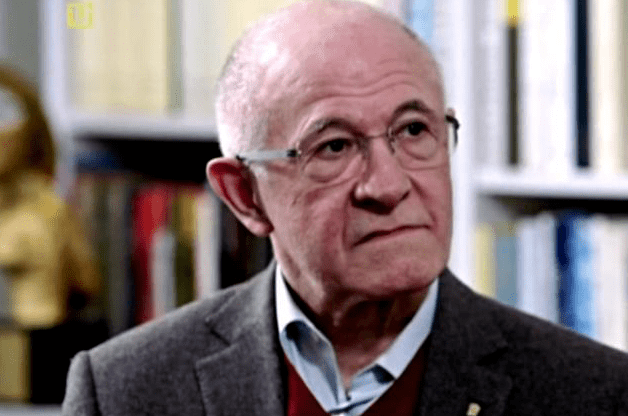 One of Us Federation launch cultural Platform in Europe

Remì Brague, the French philosopher who is the face of the European Cultural Platform and author of the ‘Manifesto For a Europe Faithful to Human Dignity’ expressed the importance of the Manifesto that aims to free up society on many levels.
He said: “There is a kind of terror everywhere. An intellectual force, which is in favour of certain representations in the world. This terror is not bloody, but sweet. However it is discrete and thus more effective.” According to Brague this kind of terror proceeds by sacralising positions that define themselves as avant-garde. Also they claim to be irreversible”, Brague continues with serious consequences to all institutions and people, referring to amongst other important ethical subjects like abortion and euthanasia. He said: “Today, what we are committed to, is the life, the reason, the freedom, the equal dignity of every human from his conception to his or her natural death. We live in a time we must reaffirm these values.”

Brague continued: “We have to free the intelligences within Europe, but first we need to (re)define freedom. A freedom that in the end “serves” something or someone is not freedom. A freedom that would be in service as a servant would be contradictory and thus would destroy itself.” According to Brague freedom exists to seek the truth and understand it. “We don’t mean the ‘truth of everyone’”, explains the philosopher. It is not the truth of one country, a civilization or even a church. But the truth of a person as whole, of human kind, the one truth that can gather a whole community in peace.” The author of the Manifesto emphasized the focus is on Europe, “because it is in this continent that terror can be observed, and we have the opportunity to turn the threat to our freedom into an opportunity to intervene. As members of the human race, we are obliged to protect the rights of those who cannot stand up for their own rights.” For Brague the human embryo is an example of such, in which “we must aim at a situation where distress no longer forcing women to resort to this extreme means of abortion”. Rémi Brague . and therefore to be able to choose life in any circumstance. This is the long-term objective of the #OneOfUs #Lifefirst