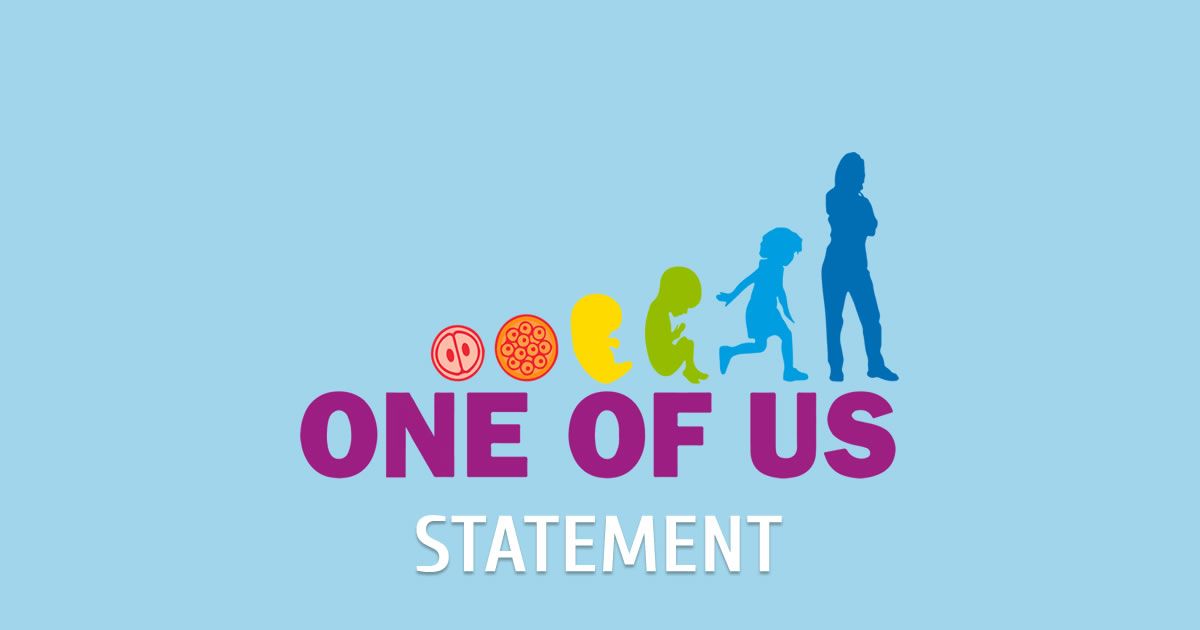 The Federation “One of Us”  firmly supports the statement of the Polish Government on the HRC’s draft of interpretation of art. 6 ICCPR defending that, “the inherent and inalienable right to life is an attribute of every human being and international human rights instruments properly recognize it as a primary right(1), being a precondition for the enjoyment of any other human right”.

From the point of view of science, human life begins at conception. It is then that every individual member of humanity is formed and begins to exist. This was also confirmed in the ruling by the Grand Chamber of the Court of Justice of the European Union in Oliver Brüstle v. Greenpeace e.V. (2011), that clearly stated: “fertilisation is such as to commence the process of development of a human being”. From this moment, legal protection derived from inherent human dignity, begins.

Therefore Article 6 ICCPR, must protect the life of every human being regardless her/his stage of development. This is the only way of protecting human life as an “inherent” and “inalienable” human right. We need to emphasize and unit our voice to the polish statement affirming that the right to life is an attribute of every human being, and as such deserves especially intensive protection as a pre-condition of any other human right.

European Federation “One of Us” adds its voice to the strong support of the international community of non-governmental organizations as social bases. This social support proves that Polish government actions and statements regarding the right to life protection of every human being are deeply rooted in our societies and represents the social endorsement to the right to life.