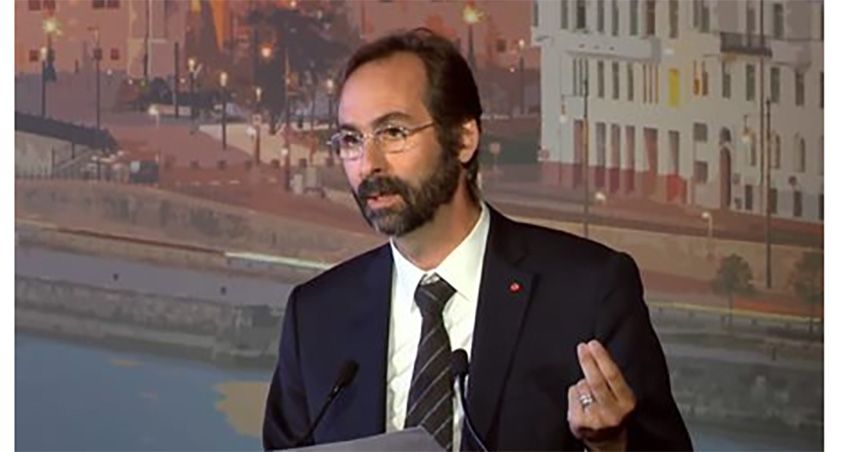 The June 24 US Supreme Court ruling on abortion, overturning the 1973 Roe v. Wade decision, has provoked the ire of progressives who, in reaction, would like to make abortion a fundamental right enshrined in the Constitution and guaranteed by the Charter of Fundamental Rights of the European Union.

In reality, abortion cannot be a real right. Why? This is Grégor Puppinck’s argument in issue 350 (September 2022) of La Nef: There is no «right» to abortion

Although the biggest lie about abortion is the denial of the existence of the aborted child. The so-called right to abortion is based on this lie. It is the child’s ignorance that allows abortion to be presented as a woman’s right over her own body; this is what the Supreme Court did in the 1973 Roe vs. Wade decision, and it was as wrong then as it is now. It is a blatant lie because the abortion is obviously performed on a child! It is the child who is aborted, not the mother.

This lie goes further, since abortion promoters are always careful to avoid talking about it openly: they use periphrases such as «procedure», «menstrual regulation», «reproductive right» or «women’s right» to avoid saying «abortion». «. They do not assume the bloody reality of what they promote. This lie is spread by international abortion lobbies and the United Nations; it is a condition of the right to abortion.

This was the lie on which the Roe vs. Wade case was based, and it is this lie that the Supreme Court of the United States has finally rejected in its recent ruling, better known as Dobbs. It is true that he followed the European Court of Human Rights (ECHR), which had already declared that pregnancy and abortion are not only a question of the private life of the mother, but also of the «unborn child» that she carries within, as well as well as the «potential father» of the child and society (Brügemann and Boso cases).

Pregnancy and abortion go beyond the private life of the mother because the child exists, even if it is only described as a potential human being. In addition, in several important cases, the European Court has applied the European Convention to the child from before birth, in relation to the right to life, respect for privacy and even the prohibition of torture in relation to the suffering of the child. fetus during abortion. In several cases, the ECHR has ruled that the protection granted by the State to the fetus is justified in view of the «rights and freedoms of others» (Costa and Pavan and Parrillo v. Italy cases). As Judge Pinto de Albuquerque rightly points out [in his dissenting opinion], this means that «the embryo is an ‘other,’ a subject with legal status.»

There is no right to the existence of others

This is the fundamental reason why abortion can never be a subjective «right»: because no one can have an arbitrary right over the existence of «others». This is also what the Supreme Court says when it states that «abortion is different [from other practices] because it destroys what Roe calls a ‘potential life’ and what the [Mississippi] law calls an ‘unborn human being.’

«.It follows, as the European Court has made clear on several occasions, that the right to respect for private life «cannot […] be interpreted as establishing a right to abortion» (cases A., B. and C. against Ireland and P. and S. against Poland). In addition, throughout its jurisprudence, the European Court has made it clear that the Convention does not guarantee any right to undergo an abortion, or to perform it, or even to attend it abroad with impunity. It has also ruled that the abortion ban does not per se violate the European Convention (Silva Monteiro Martins Ribeiro v. Portugal, Jean-Jacques Amy v. Belgium, Jerzy Tokarczyk v. Poland, A., B. and C. v. Ireland).

Therefore, there is no right to abortion in the European Convention on Human Rights, nor in the US Constitution. In addition, the numerous international commitments assumed by the States to reduce and prevent abortion show that this is not a right, since if it were really a fundamental right, it would be absurd and unfair to prevent its use. Disguising abortion as a right does not change the nature of the act.

It must be understood that human rights are not created by judges and parliaments: they are pre-existing. People proclaim, declare and recognize them, but do not believe them. What is a human right? It is the guarantee offered by the State to each person to respect their ability to realize the potentialities of human nature: to think, learn, express themselves, pray, associate, found a family. Human rights do not guarantee anything, but rather protect the exercise of human faculties with which we fulfill ourselves as human beings.

Human rights derive from and protect human nature. But, can it be said that a woman fulfills and humanizes herself by aborting the child she carries within? Certainly not, the suffering caused by abortion is there to prove it. If abortion were a right, it would not cause suffering. The difference between a fundamental right and abortion is obvious. Abortion can never be a «fundamental right» because its primary and direct object is evil: the destruction of innocent human life, whatever the intent or reasons for this destruction.

It makes no sense to shout that abortion is a right to make it such, not even to enshrine it in the Constitution or in the Charter of Fundamental Rights. It does not change the reality of the act. So yes, there is no right to abortion in the European Convention, nor in the American Constitution. But there is a right to life, which is sometimes defined as guaranteed from conception.

The United States Convention on Human Rights states that «everyone has the right to have his life respected. This right must be protected by law, and generally from the moment of conception. No one may be arbitrarily deprived of life.» In this regard, the European Court recognizes that States can «legitimately choose to consider the unborn child as a person and protect their life». Like the Supreme Court, the Strasbourg Court leaves the States free to determine «the starting point of the right to life» and, therefore, to allow abortion or not (case Vo v. France).

This is a concession made by the judge to legally tolerate abortion, and it is based on another lie: namely, the false distinction between the reality of the «unborn child» and the legal notion of «person». To allow abortion, the ECHR declares itself incapable of «knowing whether the unborn child is a ‘person'», although it recognizes that it belongs «to the human species» (case Vo against France). This lie is what allows judges to turn a blind eye to abortion, and let each state decide.

The situation is very similar now in the United States, where each State can regulate or prohibit abortion.

Some progress, but not enough

It is an advance with respect to the previous situation, but it is not enough because the Supreme Court still does not grant legal protection to the human being before birth. However, this is necessary, especially to ban late-term abortions, which the Supreme Court calls a «barbaric practice».

There is still a long way to go for Western society to regain awareness of the value of all human life, even the weakest. But more and more doctors and midwives are refusing to perform abortions. It is becoming increasingly clear that aspirating and crushing a fetus, crushing its skull and dismembering it to remove it, or injecting poison into its heart is a crime. This is the bloody reality of abortion. It is because abortion is itself a crime that its promoters have been in a moral panic since the US Supreme Court ruling; because this crime is in sight; It no longer hides behind the so-called constitutional right to abortion that offered them a false moral guarantee.

They are panicking, even in France and in Europe, where the practice of abortion is far from threatened. His panic reveals his own weakness, his moral insecurity. They have no more arguments than the invectives and the defense of abortion. They can pass repeated resolutions, enshrine abortion as a supreme right, censor defenders of human life: none of that will change. Abortion will continue to be a bloody act, a taboo dogma that rests on the sand of lies, and that will end up collapsing; because with each new generation, the pure consciences of the young rebel against this crime that cries out for justice to heaven.

Hungary supports pregnant mothers who will be able to hear the fetal heartbeat of their children before deciding to have an abortion
septiembre 22, 2022

The Supreme Court in Spain confirms the conviction of Spanish abortion clinics for misleading advertising
septiembre 21, 2022