When babies are no longer created, but chosen 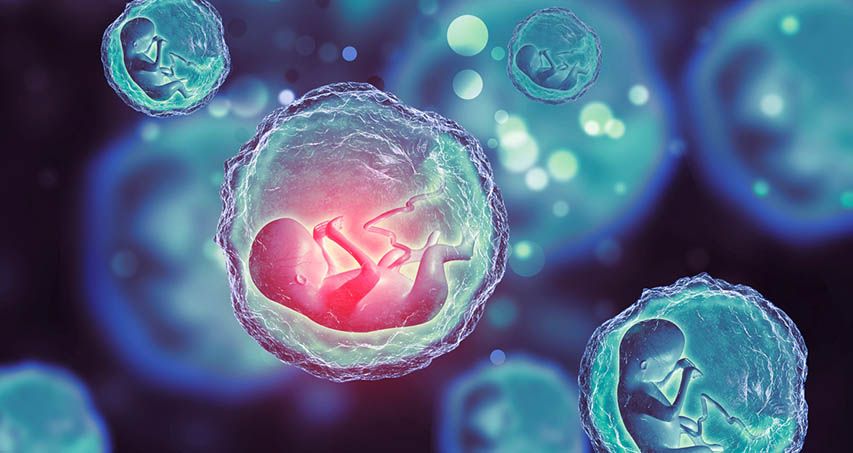 Fertility clinics offer a wide range of additional treatments designed to make a kind of reproduction a la carte.

A happy world, without diseases and free from all evils, accentuating what Pope Francis came to call the culture of discarding. This is what the embryo genetic testing offered by Genomic Prediction, the first company to predict the probability of creating a «custom» baby, is trying to do. As if it were a horror movie, there are those who want to choose the attributes of the embryo little less than a la carte.

This new technique is called gene editing, and it allows you to erase, add, or modify the baby’s roots. Couples undergo fertility treatment where their embryos are offered genetic testing to predict the future health of the child. They boast that embryo screening could allow parents to choose the embryo with almost a 50 percent lower risk of heart problems and a 42 percent lower risk of type two diabetes. Patients pay $ 1,000 for a setup fee, then pay $ 400 per embryo tested. Thus, parents can assess and discard those fetuses with greater chances of contracting a long-term disease and use only the most perfect.

The Human Fertilization and Embryology Authority has a list of treatments that it gives a stoplight rating of red, amber, or green, depending on the expected success rate. The polygenic risk score is so new that it is not listed yet. There are questions about how accurate the tests are and how significant their results are, in particular.

We would be putting a child at the height of a car in which I choose different extras.

After all, this is simplified with one word, eugenics. Jaime Vilarroig, professor at CEU University explains that “we can talk about covert eugenics. The concept is not wanted to be mentioned because it is reminiscent of Nazism, but eugenics is a much broader practice than it seems, which began in the 19th century and has been carried out openly in countries such as the United States and northern Europe.

There are soft eugenics measures, such as limiting marriage between people with disabilities, but in this case we are talking about hard eugenics: the elimination of human individuals before they are born. The professor of Anthropology and Medical Humanities at the Francisco de Vitoria University, Miguel Ortega, assures that “it is very important to differentiate what health is from what ‘taste’ is. If it is because there is a therapeutic purpose, obviously you have to see the cases, it would be legal and ethical. But we can think of the creation of second-rate humans who think little and work a lot or many other things that have nothing to do with the search for health but with the pure manipulation of human beings.

A CEU professor of genetics who does not want to reveal his name explains that those who want to change the health of their children by curing a pathology do not have to be bad, “the problem is when you want to remove every last defect. It is still a premature technique, now it is much safer than before, but not perfect. Fixing a freckle can lead to three cancers.

These genetic changes are studies that, according to Ortega, are done to «please the parents.» This can lead to children being rejected not for what they mean but because they do not comply with the changing canons of society. Scientists say that companies prey on the desperation of families or vulnerable patients. Interventions for the expectant mother can be simple, such as a scratch on the lining of the uterus to facilitate implantation of the embryo, or as complex as genetic embryo screening, but what about the embryo? The professor of genetics differentiates between two types of therapy: «There is the somatic one, where sickle anemia, bone marrow cells that can harm are modified .

It is different if we talk about gene therapy in germ cells, there the embryo is retouched before birth and there is a risk of damaging other cells. When we say that we want to fix what is wrong, it is because we assume what is wrong and what is good … The human whim of today is not to be made for tomorrow ». «Any manipulation of the person without a therapeutic purpose implies violating nature, but it is also putting the design baby as if it were an object, so it is in no way ethical. We would be putting a child at the height of a car in which I choose different extras. The human person cannot be used and even less without taking it into account », Ortega sentence.

The fact that this gene editing is carried out in a massive way will never change the history of the world or modify the data of each country. According to the professor, «in the United States this type of experiment has been carried out with Nobel laureates or baseball stars and studies have revealed that none of their children was born with the abilities of the father or mother.» It is still early to think that babies are being designed on demand, in an artificial way and alien to the naturalness with which human beings have done it since creation, but the reality, according to Ortega, is different: «In the last decades it seems that there are sectors very involved and wishing that the model of human sexual reproduction ends.

When the meaning of corporality in the person is not understood and the person is also seen as pure matter, as if it were any object, it is normal for them to go there. Another thing is that nature is nature and reality is what it is and, even if we make substitutes, this in the end will turn against us ».

As Saint Thomas Aquinas said: «Perfection from a philosophical point of view does not exist, the only perfect thing is God.»