UK puts the brakes on gender change in minors 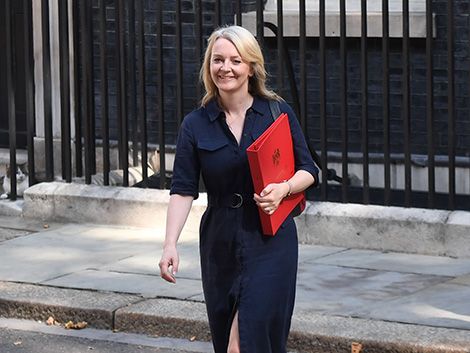 The UK Minister for Equality, Liz Truss, has announced that, in the draft reform of the Gender Recognition Act of 2004, which will be released this summer, there will be a provision aimed at prohibiting minors under the age of 18 they may undergo irreversible processes, such as the so-called “sex reassignment”.

In an intervention on April 23 before the Committee on Women and Equality of the House of Commons, conservative politics claimed to believe «firmly» in the freedom of adults to do what they deem appropriate with their personal lives. «But I think,» he added, «that while people are still developing their decision-making capacity, we should protect them from making irreversible decisions.»

The reform of the trans law, says The Independent, is the result of a consultation started in 2018 by Truss’s predecessor, Penny Mordaunt, and was raised with the initial objective of facilitating the legal process of gender change, after several incidents starring trans women in spaces reserved only for women, such as bathrooms or changing rooms. Under the current rule, a person who wishes to be recognized as the opposite sex has to wait two years, be examined by a specialist and pay £ 140 to obtain his new identity.

Regarding the protection of minors, Mordaunt ordered a year and a half ago a study to find out why the number of boys and, above all, girls requesting sex change had increased so much; the investigation is not yet complete. Now, his successor’s initiative has already received the first criticism. A petition on change.org invites you to sign a complaint to the British Parliament, according to which the minister «has threatened the future of transgender youth.»

For its part, the pro-LGTBI association Mermaids has accused Truss of «introducing a new form of inequality into British medical practice», while Laura Russell, of the Stonewall group, has expressed her willingness to meet with the minister to discuss the theme, because «all young trans people should receive the assistance they need, in an informed and supportive way, so that they can lead a happy and healthy life.»

A sign that the decisions have not always been made in such an “informed and supportive” way, and yes in a hurry, is the case of Kiera Bell.

The young woman passed through the already famous London center of the Tavistock and Portman NHS Trust, a clinic specialized in treating cases of gender dysphoria in minors. Bell received hormone blockers there at age 16, after only three appointments in consultation; later, a treatment with male hormones at 17, and a double mastectomy at 20. Today, at 23 years old and already out of treatment to “assign” the male sex, he still has facial hair.

The girl has ended up suing the clinic. «I think that the current affirmation system applied in Tavistock is inadequate, since it does not allow us to explore those feelings of gender dysphoria, nor to investigate the underlying causes of this disorder,» she maintains. «I don’t think children or young people should be able to consent to the use of such strong experimental hormonal drugs, as I did.»

Several factors point to the fact that, to be a specialized center in the field, Tavistock has diagnosed gender dysphoria left and right with quite questionable scientific rigor. Proof of this is that the number of children and adolescents treated there has gone from 72 in 2010 to 2,590 in 2019. Of this last number, 1,814 were under 16 years old, and 1,740, girls. Another interesting fact is that, if until 2011 the minimum age to receive hormonal blockers was 16, then here it is enough to have 11.

Also, according to The Telegraph, in three years 35 psychologists from the center have resigned, dissatisfied with the «overdiagnosis» of dysphoria. Among the reported irregularities is the application of hormonal blockers to boys and girls who did not really fit in cases of this type. Several specialists have also complained that they often avoided adequately evaluating cases for fear of being branded as «transphobes.»

«The alarm sounded to me,» confesses one of those who resigned. I did not feel able to express my concern, or when I did, other doctors with an affirmative perspective often told me to be silent. Today I look back and I see that there are boys and girls that, now, I would not necessarily have put on medication. ”

Surpassing the imposition of dogmas
Contrary to what might be expected, Truss’s announcement that sex change will be banned for minors has not sparked a stir in the opposition Labor Party, in what appears to be a discreet assumption that the issue is common sense.

Columnist Tom Harris suggests, in this sense, that the left, which has recently had an internal debate on the trans issue, does not seem willing to go into another bush. “Insisting on the rights of minors to undergo sex change treatments, or asking that women [in prison] share a cell with individuals who maintain every physical feature of their previous male identity, is not the type of issue of the which is expected to encourage an electoral campaign. «

Most people, he adds, «will agree that children are prevented from making decisions that can have an irreversible impact on their future happiness. (…) That trans rights activists shout louder, or that they are more successful than other groups in silencing the debate, does not imply that they represent the majority, nor do they have the support of it. ”

For his part, in The Spectator, James Kirkup, director of the Social Market Foundation, praises the decision of Minister Truss to take action on the matter and question the «dominant orthodoxy» conceived by various groups and some doctors. Like the statement that you do not consent to the desire of minors with dysphoria, you can put them on the verge of suicide.

That narrative, he says, «ignores comorbidity: many people in these cases also suffer from mental problems,» adding that the rates of self-harm among minors with gender dysphoria are in line with those of the entire population of children and adolescents with mental problems. , «Still very high and that need to be attended to». The very affirmation that being a trans child poses a risk of self-harm, in case the transition to the other sex is not allowed, is an irresponsible and damaging story in itself, he denounces.

To the relief of many, the government is now disregarding these dogmas and is subject to an in-depth review of a minor’s “undisputed right” to request a change of sex. «A transgender child is like a vegetarian cat: you know who is really making the decisions,» says Kirkup.