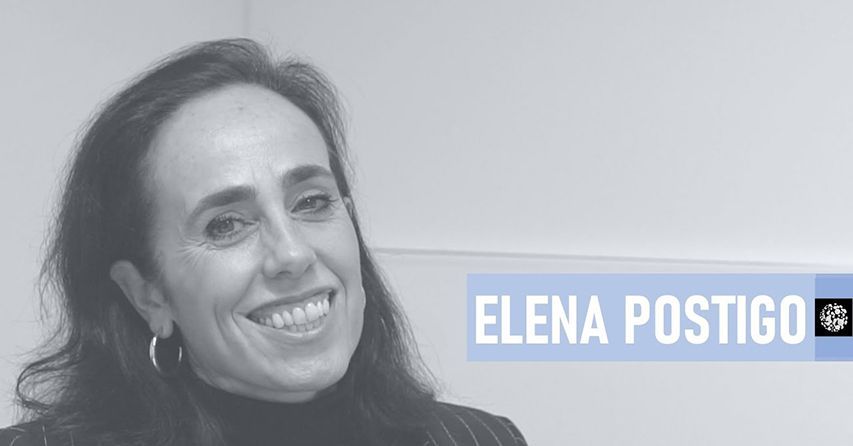 The specialist in Bioethics points out that the new norm «does not respond to an urgent or quantitatively numerous social demand».

The director of the Bioethics Institute of the Francisco de Vitoria University, Elena Postigo, is one of the hundred personalities of Spanish public life who has signed the manifesto against the euthanasia law.

This academic has joined a large group of doctors, academics, businessmen and representatives of civil society who – grouped together under the platform «Los 7.000» – have decided to raise their voices to ask the Congress of Deputies to stop the process of this new norm, since they consider that without adequate palliative care, euthanasia leads patients to choose between «living in pain or dying at the hands of a doctor.»

Why have I decided to support this manifesto?

I decided to support this manifesto for several reasons: firstly, due to the seriousness of the situation we are going through. I believe that the processing of the euthanasia law should have been paralyzed, so that a serene debate could take place in the future, as a law of profound social and health significance deserves. Thousands of people have died alone, without relatives with them, they have not been able to wake up, bury and mourn to comfort families under normal circumstances; and yet the euthanasia law has, terribly and inexorably, run its course, as if it were something really necessary at the moment. It does not respond to an urgent or quantitatively large social demand.

Do you think that this law has the majority support of health personnel? From the medical field, numerous institutions and associations have demonstrated against euthanasia for not considering it a medical act. The World Medical Association and the Collegiate Medical Organization, for the most part, have repeatedly affirmed that taking the life of a terminally ill person, even if they ask for it, is not an act of medicine and is contrary to medical ethics. The doctor’s own thing is to make sure that the patient does not suffer and take care of him until the end of his days with all the attention he needs. The Code of Ethics and Medical Deontology of the Spanish Collegiate Medical Organization, in its article 36, states: “The doctor has the duty to try to cure or improve the patient whenever possible. And when it is no longer so, their obligation to apply the appropriate measures to achieve the well-being of the patient remains. The doctor will never intentionally cause the death of any patient, not even at the express request of the patient. Also the Spanish Association of Bioethics, AEBI, of which I am a part, has expressed it this way: «there is never a reason that justifies the direct elimination of a human being. The general interest of society requires that no member can cooperate or execute the elimination of another, and even less health professionals. We must eliminate the pain and suffering, not the person with pain and suffering.

Would the legalization of euthanasia have any legal consequences? From the point of view of the Law, if assisted suicide and euthanasia are decriminalized, an insurmountable gap would be created between the duty to protect and protect human life, proper to the state and health institutions, whose primary purpose is the care of people . The State has the duty, in accordance with what is established in Article 10 of our Constitution, to observe and comply with the general principle of defense of human life and the dignity of the person. A Palliative Care law that treats the terminally ill with the utmost dignity and respect is a priority. Lastly, I consider that the euthanasia law contradicts the very purposes of medicine, whose purpose is to care for and cure the sick, never intentionally end the life of the sick, and would generate an insurmountable gap in the very nature of the profession and in trust patient doctor. What do you think that the euthanasia law is being processed by express means? From a legal and political point of view, the initiative has been processed as a bill and not as a bill, which implies saving all the previous procedures and reports: Council of State, Professional Associations and Colleges, Bioethics Committee, Council General of the Judiciary, etc. The mode, the timing, the total absence of opportunity, not paralyzing its procedure, etc., denote on the part of the Government the desire to omit an indispensable political debate.

What could the legalization of euthanasia cause in patients when the necessary palliative care is not yet available? In the first place, it could cause some fear and mistrust in the doctor-patient relationship; It could cause the value of all human life to be gradually and socially lost, as has happened in countries that have implemented it almost two decades ago, and ultimately, the distortion of the very ends of Medicine, which would lose its natural purpose : heal and care. Dr. Marcos Gómez Sancho, pioneer of Palliative Care in our country, stated: «a palliative care law would make a law on euthanasia unnecessary, it is irresponsible to regulate euthanasia in Spain without resolving palliative care and dependency.» Likewise, Dr. Javier Rocafort, medical director of the Laguna de Madrid Care Center Hospital, in a recent interview gave the following data: “There are over 60,000 people who are suffering unnecessarily each year because they need advanced palliative care and do not have it. Every day there are about 150 people who suffer unnecessarily. Every ten minutes a person dies in Spain suffering ». What is truly important at this time is to promote palliative care throughout the national territory, not a euthanasia law.