The tsunami of death advances: Colombia legalizes abortion up to 6 months 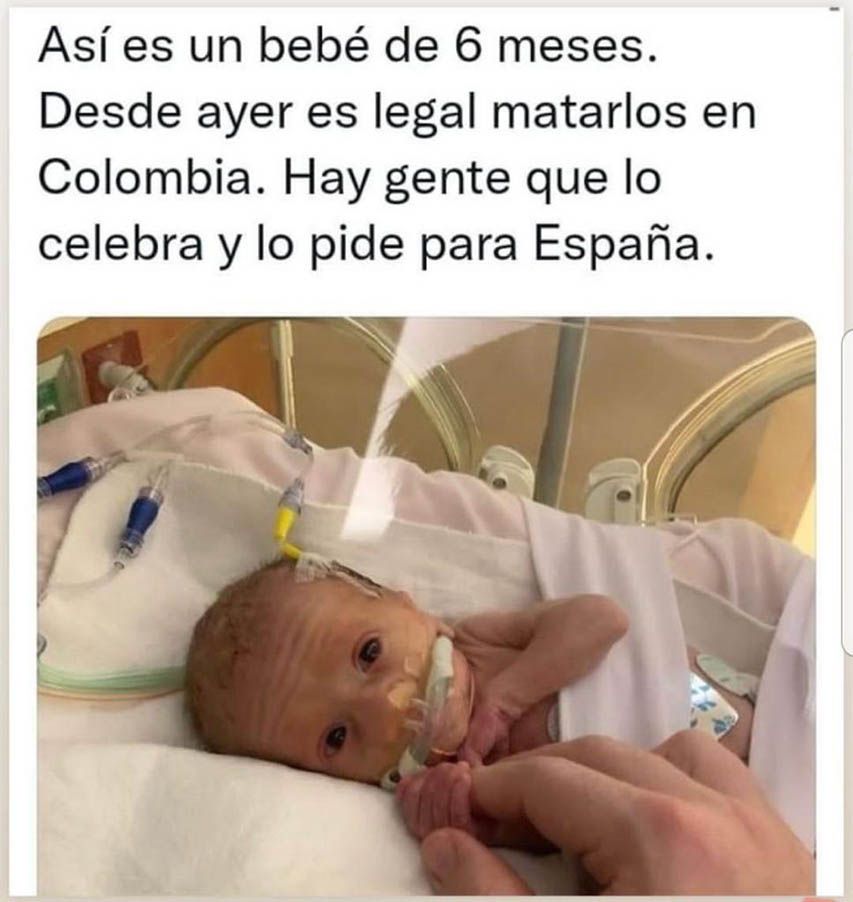 The decision of the Constitutional Court of Colombia to decriminalize abortion until the 24th week is not only historic in Latin America, it has also raised blisters between the movements for the defense of life and the Colombian Episcopal Conference itself rejected the ruling of the high court.

We are called to consistently respect life from gestation to natural death. Life is a fundamental right and we must continue to defend human life.

This Monday the Court closed a discussion that lasted for 523 days. The magistrates had a vote of 5 against 4. In the decision, abortion ceases to be a crime until week 24, that is, women will be able to interrupt their pregnancy in that period of time without legal consequences.

However, the Catholic Church argued its opposition by citing Article 11 of the Constitution: The right to life is inviolable. There will be no death penalty.

The One of Us federation states that «It is the duty of every State to protect human life. And this has been understood throughout history (except for dark times that we can all remember) and therefore the law guarantees respect for being human from the beginning of his life. The decriminalization of abortion is secondary in relation to the right to life and the right to life is at the top of fundamental rights. Ignoring that threatens our essence as a civilization».

Scientific evidence has shown us that human life begins at the moment of conception, at the fusion of gametes, and that there is no substantial difference but only a difference in development between the zygote that appears immediately after fertilization, the fetus and newborn. If biologically it is in fact a human life, a living human being, its elimination attempts against the most elemental conscience, solidarity and humanity.

This fundamental anthropological error, which consists in making the destruction of human life a value, proposes elevating a tragedy, such as abortion, to the category of law.