The tragedy of frozen embryos sentenced to death 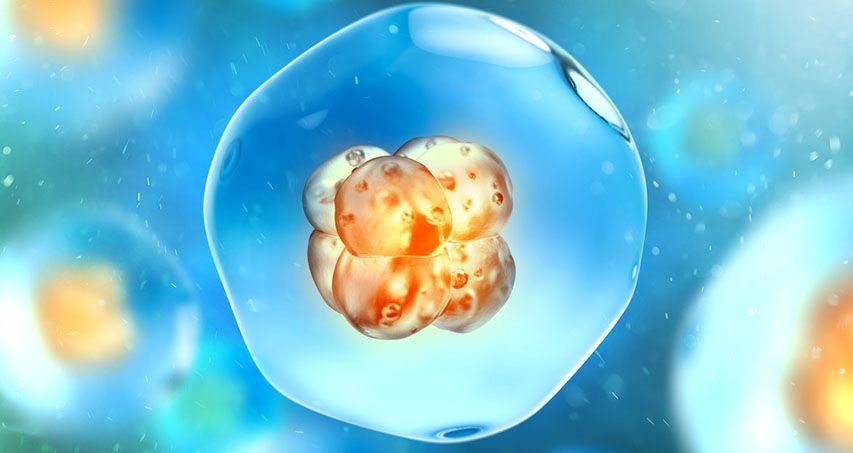 An article published today in a well-known Spanish media outlet that talks about the more than 60,000 frozen embryos that are currently abandoned in our country, defines them as «groups of cells that legally deserve respect, but are not considered life.

» This unjustified statement contradicts the currently available scientific evidence about the biological status of the human embryo. It can be affirmed that there is a great scientific consensus in considering that the life of a human being begins with fertilization, so that the zygote, a single-cell human embryo, is an individual of the human species, with its own and unrepeatable identity.

The greatest bioethical obstacle, although not the only one, presented by some assisted reproduction techniques such as In Vitro Fertilization (IVF) or Intracytoplasmic Sperm Injection (ICSI) is that of the supernumerary production of human embryos, the vast majority of which are destined for destruction.

An article published in the newspaper El Mundo on May 2, 2022 presents as pioneering research a work that tries to evaluate the number of cryopreserved embryos currently existing in Spain, as well as their possible future destinations. A survey was sent to different national assisted reproduction centers requesting data on how many of these embryos were destined to be gestated by the donors, donated to third parties, used in research, directly destroyed or, finally, without a known destination.

The aforementioned journalistic article defines this last destination, the undetermined one, as the most controversial, after affirming, paraphrasing the author of the investigation, Rocío Núñez Calonge, that these embryos are actually “groups of cells that legally deserve respect, but do not they are considered life.”

This statement, unjustified, contradicts the currently available scientific evidence about the biological status of the human embryo. It can be affirmed that there is a great scientific consensus in considering that the life of a human being begins with fertilization, so that the zygote, a single-cell human embryo, is an individual of the human species, with its own and unrepeatable identity.

The attempts to establish a nature of pre-embryo, something similar to what the author affirms speaking of the «seeds» of plants, as something different from the embryo, failed some years ago, being abandoned even by those who promoted them in the eighties of the last century as a result of the appearance of in vitro fertilization techniques. (Ferrer M, & Pastor, L. M. (2012). The brief life of the pre-embryo. History of a word. Bioethics Notebooks, 23(79), 677-694).

The current evidence about its genetic identity, epigenetic processes, development program already existing in the zygote stage, differentiation phenomena and intra-embryonic cell positioning, and others, remove any doubt about the existence of an immature individual of the human species. , in every embryo, being arbitrary any attempt to establish maturational stages that define different natures in this development process.

The concept of «person» that the researcher also mentions includes, in addition to the recognition of human biological identity, the recognition of dignity and rights, which can be granted or withdrawn, as humanity has done unfairly on so many occasions, but which do not annul the evidence of human existence present in every embryo.

To this serious inaccuracy in the article, we must add others that confuse rather than clarify. The fact that, according to the article, 60,005 embryos are in a «situation of abandonment» because their fate is not defined, is no more serious than 668,082 of them -according to registered data, although in reality there may be many more- that remain cryopreserved , are mainly intended for their destruction, either by promoting it directly or by doing so to use their cells in research.

The seriousness of the fact is greater if one takes into account that large quantities of embryos continue to be produced that are not going to be implanted in assisted reproduction processes, which poses a spiral of production and destruction of -it should not be ignored, as the aforementioned author- human beings in their initial development processes.

This issue has already been previously denounced, among others by Rich Vaughn, a Los Angeles lawyer who headed the assisted reproduction committee of the American Bar Association for many years, who stated in an American media in 2019 that «it is a real dilemma for these clinics… We don’t really know what to do with them and everyone is afraid to act in the face of the possibility of being sued if people claim their embryos decades later”. In his speech he stated that “it is not known how many embryos are stored; centers do not have to report that. One study estimated there were 1.4 million in the U.S. Researchers believe 5 to 7 percent are abandoned, though as high as 18 percent in some clinics.”

To euphemistically name the individuals of the human species in their initial stages of development as groups of cells, to try to minimize the tragedy that lies behind their manipulation and destruction, is to lack scientific truth and constitutes an unacceptable form of manipulation, against which, by the way, was already pronounced in 2011 by the European Court of Justice in its Judgment of October 18, in which it established that «every human egg from the fertilization stage is a human embryo». And a human embryo is not simply a cellular aggregate but a differentiated, organized individual that follows a pre-established developmental program without interruption and that, if allowed to evolve naturally, will progress in its maturation to adulthood. The states of immaturity in this evolutionary process do not dispossess him of his human nature, in the same way that the immaturity of a newborn does not deprive him of his personal condition as a human being, with dignity and rights.