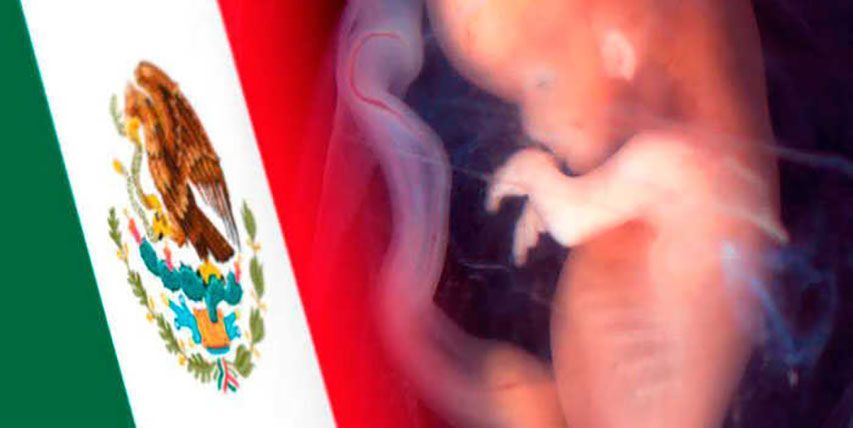 The pro-abortion associations wanted to implement abortion on demand in the State of Veracruz (a state of 8 million inhabitants), and later in all of Mexico, but this claim has suffered a serious setback on July 29 when 4 out of 5 Supreme Court judges have disavowed the instruction of a judge from Xalapa (Veracruz) who in 2019 demanded that state decriminalize abortion in the first 12 weeks of pregnancy , eliminating 3 articles from its penal code
The case of Veracruz, an excuse for free abortion throughout Mexico Currently, most Mexican states have decriminalized abortion in some cases, such as rape or serious risk to the health of the mother , but only Mexico City and Oaxaca have decriminalized «abortion on demand» or «without cause» up to twelve weeks of pregnancy.
Abortionists wanted to add Veracruz to this regulation, and also use as excuse uses international treaties against «discrimination against women,» arguing that not being able to abort «on demand» is discriminating against women, so this criterion would have ended up being applied to the entire country.
Minister Juan Luis González Alcántara Carrancá, made a report stating that Mexican States should accept abortion as part of the international treaties to which Mexico is a party, including the Convention on the Elimination of All Forms of Discrimination against Women (Cedaw) and the Inter-American Convention to Prevent, Punish and Eradicate Violence against Women (Belem do Pará).
The Supreme Court has not seen that to be the case. Since 2008, many states have enacted new pro-life rules The ruling left-wing party, Morena, controls most of the parliaments of Mexican states, but is divided on the issue of abortion. For their part, abortion lobbies are very dissatisfied with President Andrés Manuel López Obrador, whom they accuse of inaction in favor of abortion interests and gender ideology.
In 2008 the Supreme Court established that each Mexican state could legislate its own rules health, including abortion. As a response, in the following years more than half of the states of Mexico enacted laws that prohibited abortion in all or most circumstances, even with standards at the level of the state Constitution.
Thus, the Veracruz parliament also enacted a Constitutional amendment in 2016 that says that the life of the human individual begins at conception.
Mexican bishops ask to help children and mothers The Catholic bishops of Mexico during these days have asked to protect both mothers and unborn children. «We affirm, according to the scientific evidence, that human life begins at the moment of conception,» stressed Bishop José Jesús Herrera Quiñones. “Abortion does not provide support to the woman, who can even become a victim in her mother’s womb.”
The dignity of life, he said, begins at conception and extends throughout life, and must be protected especially in the case of women in vulnerable situations.