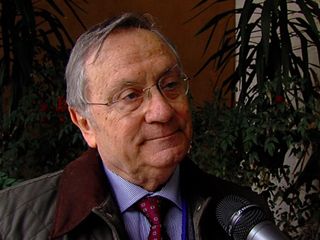 He has received several awards including the «Alberto Sols», the «Santiago Grisolía» and the prize «Health and Society», in his first call, to the best «Career Development» of Valencia issued by the Department of Health of the Government of this region.

Prof. Aznar: After showing, in the previous question, the zygote and the early human embryo, from a biological standpoint, are living beings of our species, there is no difficulty to say that the embryo is «One of Us».

Q: What do you think about the «One of Us» campaign? Do you think it is right to ask to stop any research that Imply the destruction of human embryos?

Q: As a scientist, a doctor, a bioethicist, and as a teacher, do you think that in signing «One of Us», the European Citizens can help science and help Europe to come out from the crisis?

Prof. Anzar: I think that to affirm the signing of «One of Us» can help improve the crisis in Europe. However, that is if you think of the moral crisis, which surely is the foundation of all the crises, including the economic. I believe that in signing this legislative initiative, as scientists, doctors, bioethicists or teachers, may favor an in depth analysis of the moral crisis that exists in Europe, laying the groundwork, along with other actions, allowing us to start a new path to go out of it.

Q: So, would you appeal to your colleagues, to your students, to all the people to sign «One of Us»?

Prof. Anzar: As Director of the Institute of Life Sciences at the Catholic University of Valencia I proposed to the Board of Governors of the University to campaign to collect signatures from teachers and students to «One of Us». This campaign is underway and we have over 1500 signatures collected.