The Netherlands opens the door to euthanasia for children under 12 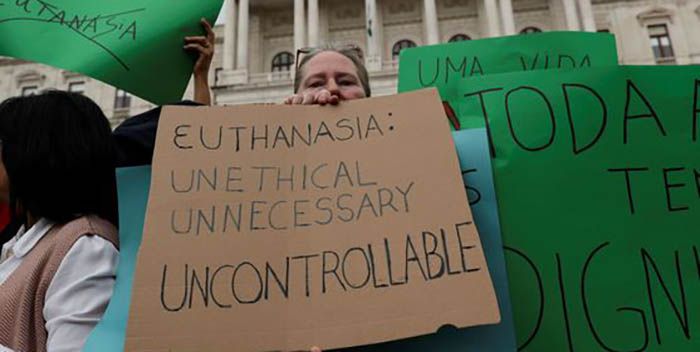 The DutchNews.nl reported  that Dutch Health Minister Ernst Kuipers announced the intention to extend euthanasia to children, but without changing the law. Kuipers intends to extend the Groningen Protocol, which currently applies to babies, to include children under the age of 12.

An article by Peter McLaren Kennedy for EuroWeekly stated:

The proposed protocol contains seven criteria for euthanasia for those between one and 12. Doctors will have to be convinced the child’s suffering is unbearable and there is no possibility of a cure or a treatment to alleviate the pain.

The diagnosis would have to be fully discussed with the child’s parents as well as the possibility of euthanasia, for which both parents will have to give their permission.

Doctors will also discuss the procedure with the child in a way the child will understand and will only proceed if the child is in no way opposed to it.

In addition, doctors will have to consult at least one independent doctor who will be required to evaluate if all the criteria have been met before euthanasia can take place.

The concept is currently out to consultation with Kuipers to present the final concept in October, when he will also announce when the protocol will come into force.

In October 2020, Netherlands Health Minister Hugo de Jonge announced that the government would amend or permit child euthanasia. According to the DutchNews.nl:

De Jonge added that current laws would not need to be amended. Rather, doctors would be exempted from prosecution for carrying out an approved euthanasia on a child.

This latest announcement may set a very dangerous precedent. The Groningen Protocol permits euthanasia of newborns who are experiencing current or possible future suffering. If you use the same definitions for children under 12, there will be many euthanasia deaths of children who may have treatable conditions. Further to that, there are many medical conditions that possibly lead to future suffering.

The Groningen protocol raises concerns about whose suffering will be relieved by the act of infanticide. Although family-centred care and attention to the needs of parents are important parts of paediatric ethics,  the goals of care always centre first and foremost should be focused on the child. The very notion that there is an “accepted medical standard” for infanticide calls for resistance in the form of civil disobedience. Despite social and cultural differences, some things are universal. Paediatricians around the world should condemn the Groningen protocol and the new proposal of the Dutch Government, and refuse to take part in or be associated with infanticide. Non-violent protest of the Groningen protocol could change the current practice, and be consistent with the best in child advocacy. Caring for seriously ill infants and children is never compatible with active euthanasia.